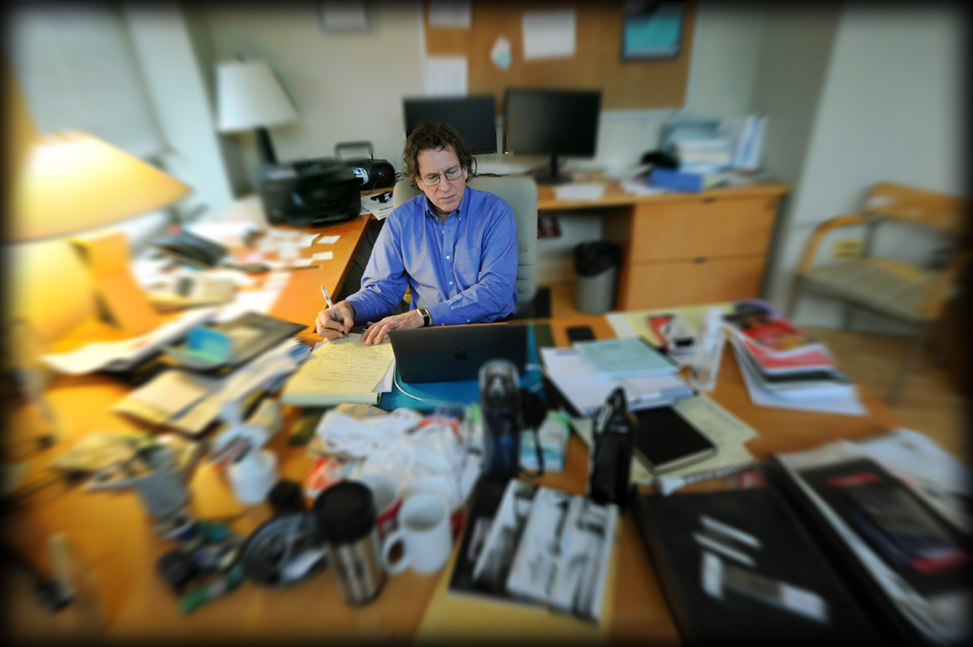 Adam Versényi teaches the COIL class from his office in the department of dramatic art. (photo by Donn Young)

Students, an ocean apart, study drama and the plague

An international online course connects students from three universities to explore how theater-makers can adapt, recover and thrive amid the COVID-19 pandemic.

Versényi, chair of the College’s department of dramatic art and a dramaturg for PlayMakers Repertory Company, is teaching a spring Collaborative Online International Learning (COIL) course, “Theatre and the Pandemic, Theatre After the Pandemic.” His collaborators include Patrick Lonergan of the National University of Ireland in Galway and Kurt Taroff of Queen’s University in Belfast.

In the 2020-2021 academic year, UNC-Chapel Hill faculty are teaching 19 COIL courses in partnership with universities in 12 countries.

Artaud was bemoaning the fact that theater had become largely moribund and repetitious, Versényi said.

“He was looking for a kind of theater that would be visceral, that would affect people through the skin,” Versényi said. “Artaud was talking about theater as a punch to the gut, a physical and emotional response rather than a detached, cool intellectual response.”

Throughout the course of the semester, students are hearing from guest artists who are making new work in new ways. They are also examining case studies from theater history, including Shakespeare’s reaction to the plague.

Lonergan said the course is forging connections with students in Chapel Hill but also bringing students from two parts of Ireland together.

“This COIL program gives students the chance to learn about each other and to see that we have a lot in common, but there are also differences,” he said. “We’re excited to see how our students grow by working together.”

The UNC cohort meets on Mondays, and the three universities come together on Wednesdays each week. Early on, students were paired with classmates and challenged to interview each other, then perform what the idea of “home” meant to their partners.

“Feargal Hynes of Druid Theatre explained the company’s ‘local global’ focus, highlighting how they perform internationally but also tour their professional productions to rural parts of Ireland,” Knight said. “Learning from such speakers in the same Zoom room as our Irish cohorts is great because I’m able to glean their perspective on the material by listening to their questions and ideas.”

At the end of class, students will develop collaborative online performances.

“The idea is for them to create something based upon what they’ve been learning in the course,” Versényi said. “Obviously, the huge thing that we lack in the virtual space is that sense of a communal experience. You can create a sense of interconnectivity to a certain extent, but it is by no means the same as live theater. … Given that, how do you create something that is true to that sense of theatricality and that makes use of the medium?”

Both Versényi and Lonergan said it was important, via the course title, to focus not only on what’s happening to theater now, but what artists will take forward.

“The pandemic has operated as a kind of truth serum upon our societies. … That ‘moment of truth’ allows us to think about our future,” Lonergan said. “Artists everywhere are using this time to devise new ways of making art. The years ahead will be challenging, but theater shows us that we are most resilient when we work together.”