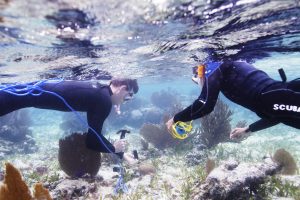 Conserving Corals in the Caribbean

Justin Baumann, a Ph.D. student in the College’s department of marine sciences, works alongside Mariko Wallen, a local diver, in Placencia, Belize. 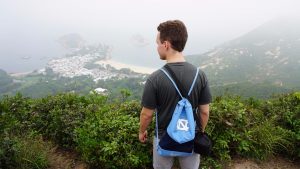 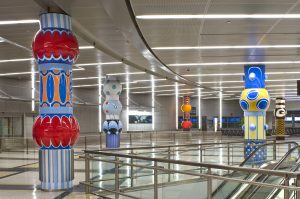 An installation by Jim Hirschfield and Sonya Ishii, Beads welcomes visitors to the International Arrivals Hall in Terminal E of George Bush International Airport in Houston. 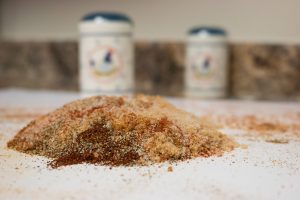 Many rub recipes are for particular kinds of meat, but here’s an all-purpose rub that’s good with everything from chicken to pork, beef to bologna. Shoot, it’s even good on … Continued 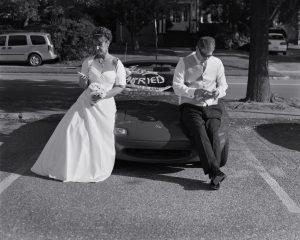 ‘Michelle and Jimmy’ from ‘Removed’ (by Eric Pickersgill, MFA ’15)

Artist and photographer Eric Pickersgill’s photo project “Removed” captures people absorbed in their mobile devices. The only catch? The devices have been removed. Lily Clarke ’16 captured this picture of her cousins several years ago when taking them out for ice cream in Fairview, N.C. 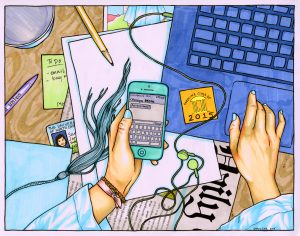 Studio art major Linnea Lieth’s original illustration is a send-off gift for the Class of 2015. 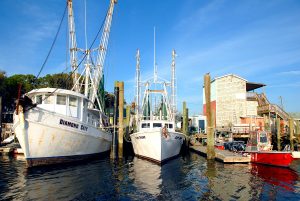 A poem by Mackensie Pless ’15 reflects on the real — not Hollywood — image of Southport, N.C. 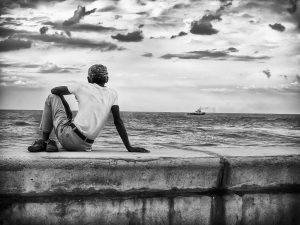 Reflection at the Malecon 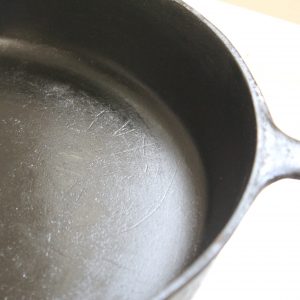 When I was seven, my mother’s beloved grandmother passed away. After a short custody battle, her cast-iron pan came to live with us.