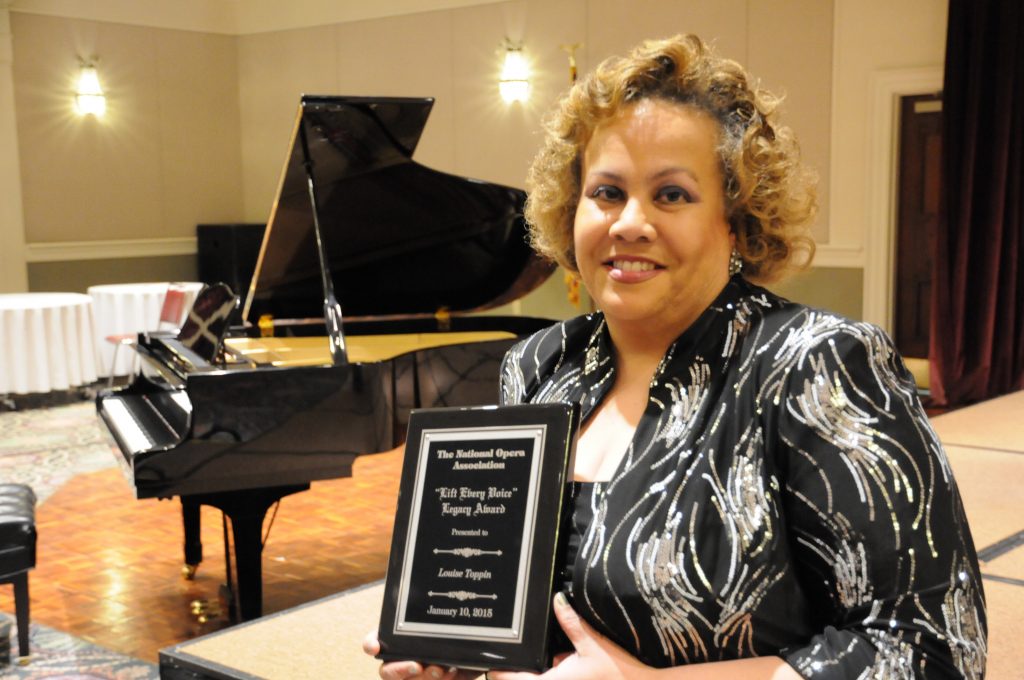 Louise Toppin, professor and chair of the music department, has received the 2015 Legacy Award from the National Opera Association. The award recognizes the importance of racial and ethnic diversity in professional opera and honors individuals who have made significant contributions toward that goal.

Toppin is an internationally acclaimed opera singer. She came to UNC in 2010 and is the former head of the voice area in the music department. She has performed all over the world, was a finalist in the Munich International Competition and won the Metropolitan Opera regional auditions. She has received critical acclaim for her operatic, orchestral and oratorio performances in the United States, Colombia, Czech Republic, Scotland, Japan, China, Uruguay, Sweden, the Caribbean, Bermuda, New Zealand, England and Spain. She has recorded 16 commercial CDs of American music for Albany, Centaur and Cambria record labels.

Toppin is the director of the nonprofit organization Videmus, which promotes the music of African-American concert composers through recordings, performances and educational programming. Through Videmus, she administers annually the George Shirley African-American Art Song and Opera Aria Competition, which gives $12,000 to high school and college voice students throughout the United States.

The Legacy Program began in 1995 in observance of the 50th anniversary of singer Todd Duncan’s contract with the New York City Opera. It was the first contract for an African-American singer with a major U.S. opera company.

Toppin and bass-baritone Samuel Ramey (the Lifetime Achievement Award recipient) were honored at the national convention of the National Opera Association.