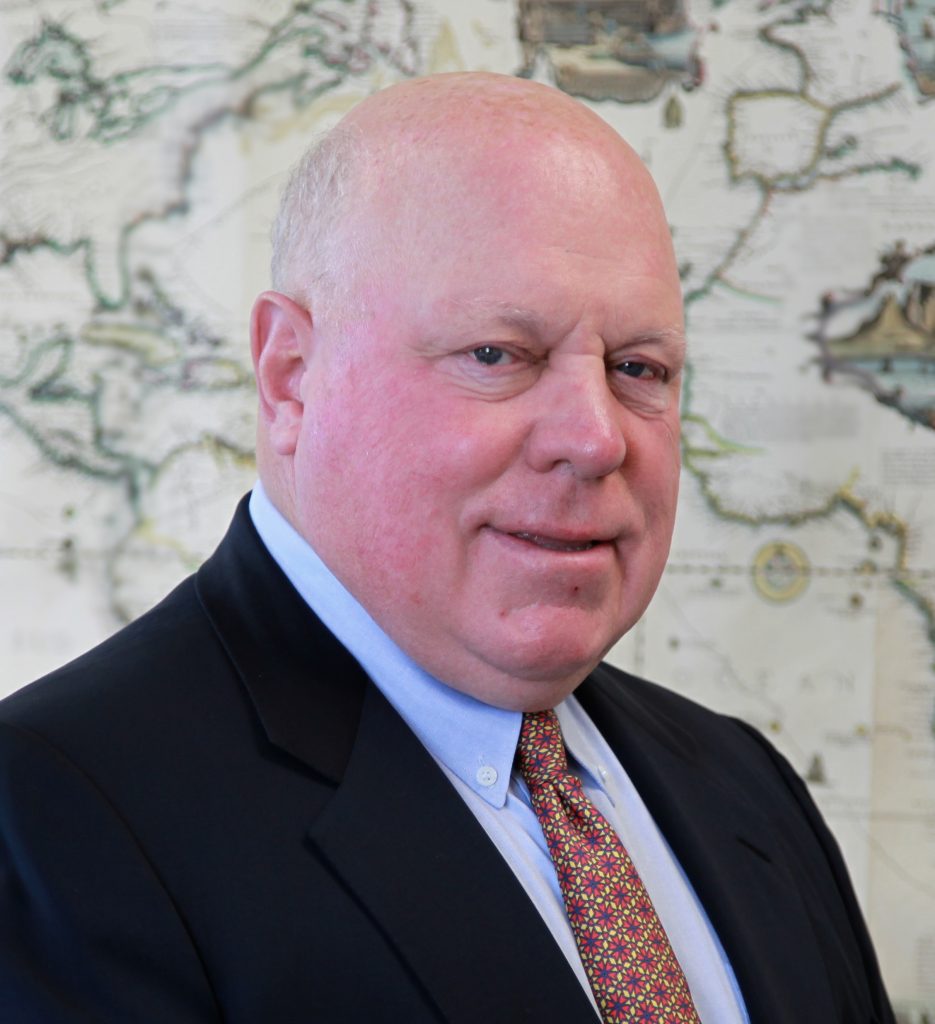 Long before Siri and GPS, travelers relied on another essential guide, the Rand McNally Road Atlas.

Alumnus Andrew “Sandy” McNally IV served as CEO, president and chair of Rand McNally & Co. for more than two decades. The iconic business was co-founded in 1868 by his Irish immigrant great-great grandfather (Andrew McNally) and was passed on to four generations until the family divested its interests in 1997.

Rand McNally & Co. grew to encompass printing, publishing and, most famously, mapmaking. The McNallys were innovators — creating new and cost-effective methods for producing maps, route information and geographic data that revolutionized how Americans planned and conducted their trips.

The company began mapping roads even before cars were mass produced. It published its first road map (New York City & Vicinity) in 1904, four years before the Ford Model T came on line. In 1924, the mapping pioneers produced Auto Chum, precursor to the Rand McNally Road Atlas. By 1960, the road atlas appeared in full color. A digital version came out in 1993.

Sandy McNally, the last family member to lead the company, fondly recalls growing up in post-World War II Chicago when his father was running the business and Americans were falling in love with the open road.

“When we took a long car trip in the 1950s and ‘60s, it was for exploration and adventure,” McNally said. “It was fun and exciting. The highways were expanding, gas was cheap and people were driving all over the country.”

“Travelers needed maps,” he said. “We made it easier for them to plan their trips, including where to stop and what to see along the way.”

Young McNally was eager to see the country, too. He enjoyed family trips to national parks out west. He attended high school in Pennsylvania with students from different parts of the country. When his classmates encouraged him to apply to UNC, he took a trip to Chapel Hill for a campus visit.

“I really liked it,” he said. “Carolina ended up being a wonderful experience for me. I never regretted a minute of my time there.”

“I took an introductory course from him,” McNally recalled. “I got to know him, took at least one more course with him and decided to major in geography. He was my mentor and adviser. He helped me find my way.”

After graduating from Carolina in 1963, McNally went to work for the family business, starting in Chicago. His geography studies came in handy. Within two years, he was sent to Mexico City to become general manager of a Rand McNally printing plant in partnership with a company there.

“I got great experience running a printing business while being fully immersed in another country and culture,” he said.

He returned to Chicago in 1966, where he worked in the Rand McNally division responsible for publishing textbooks and maps for schools. He was only 34 when he became company president in 1974. During his tenure, the company grew to employ more than 4,000 people in four business divisions.

McNally was the first in his family to study at Carolina. He’s pleased that both of his sons and a son-in-law also received undergraduate degrees at Chapel Hill.

He has served on the University’s Board of Visitors and remains a special fan of the department of geography in the College of Arts and Sciences. He established an endowment fund for the department as well as an endowed distinguished lecture series to honor Professor Eyre, his mentor.

McNally returned to Carolina on University Day last October to receive a Distinguished Alumnus Award from his alma mater.