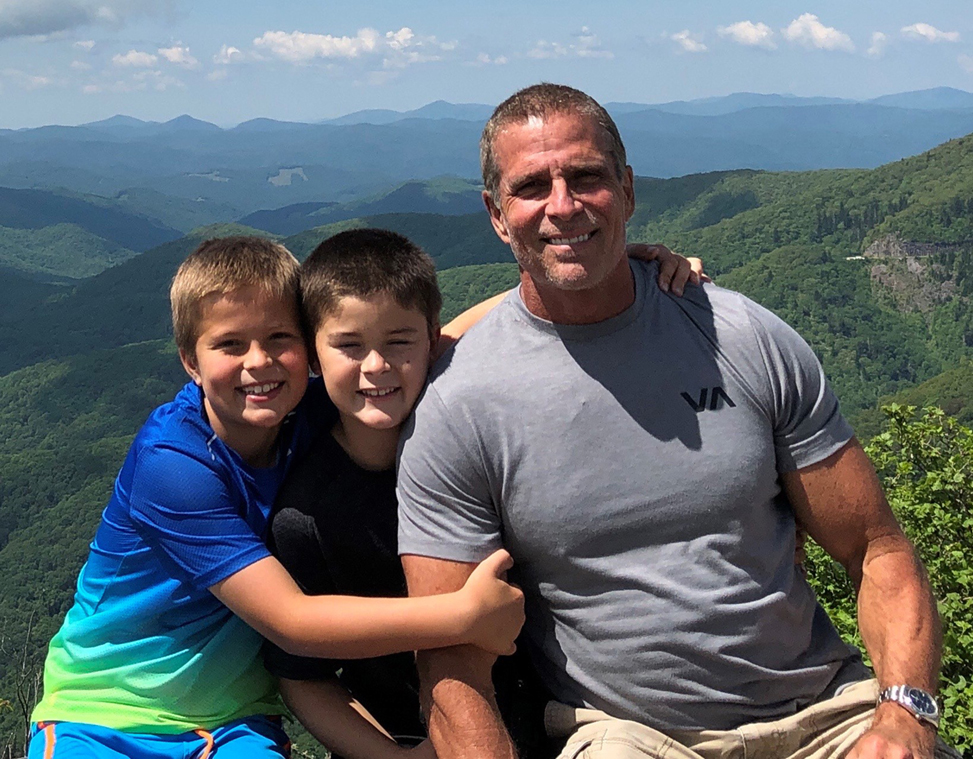 Jim Winston with his children Aiden and Hunter in the mountains of western North Carolina. (courtesy of Jim Winston) 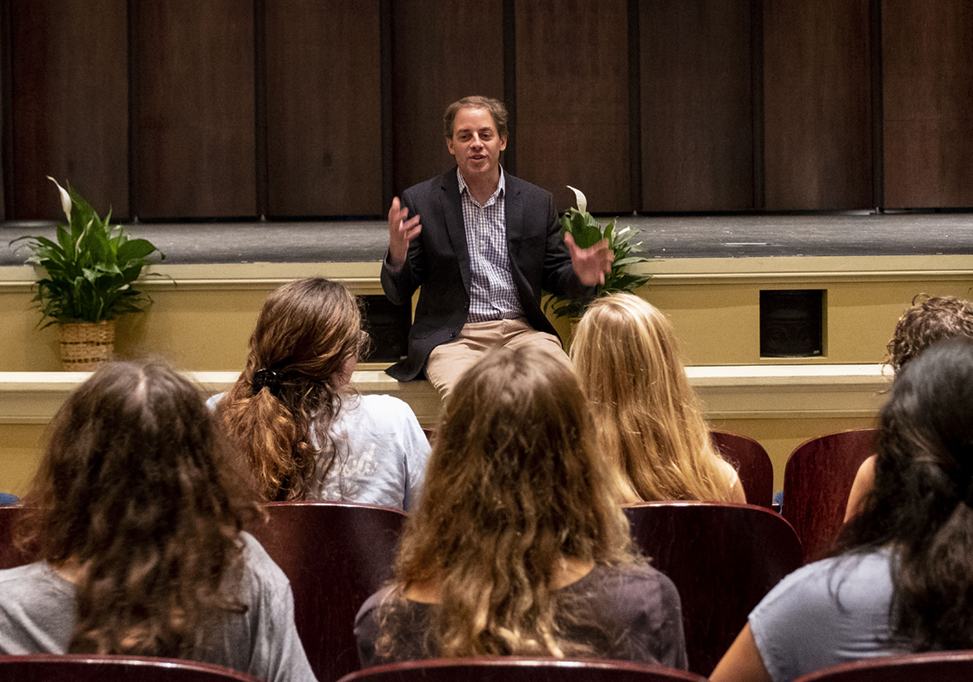 New initiative will study technology and the adolescent brain

When Jim Winston Jr. (’B.A. history ’81, Ph.D. psychology ’92) walks his kids into school, he passes through throngs of older students — heads down, glued to their cell phones.

Winston said the obliviousness bothered him. After doing some research about how technology affects developing brains, his feelings about the rampant phone use shifted from annoyance to alarm.

“Neurobiologically, kids are incapable of managing the hyperstimulation that phones induce,” Winston said. “I really do believe technology and in particular, cell phones, are powerfully addictive.”

As a psychologist with extensive experience in addiction treatment, Winston understands dependence. That’s why he has funded the Winston Family Initiative in Adolescent Brain Development and Technology. A decrease in empathy, heightened depression and anxiety, impulse control disorders and more have been linked to early tech use, he said, and something needs to be done to help people learn how to interact with technology in a healthier way.

“I believe this is an existential crisis,” Winston said.

The Winston Family Initiative is a three-pronged effort that will put Carolina’s department of psychology and neuroscience at the forefront of brain development and technology research over the next three years. It will be led by Mitch Prinstein, John Van Seters Distinguished Professor, and associate professor Eva Telzer.

“I don’t think we can really understand kids’ social experiences anymore unless we’re trying to understand them as embedded in technology,” Prinstein said. “It’s pretty important that we understand this, because it’s truly defining a generation.”

Prinstein and Telzer are co-teaching a new class this fall, “Social Media, Technology and Adolescent Development.” Students will explore evidence, theory and controversies surrounding technology use by young people. Initiative funding has also enabled the hiring of Rosa Li, a new teaching faculty member for the course, two graduate students and two post-doc researchers. Beyond the Carolina course, they are developing a curriculum for middle school-age kids to help them become wiser tech consumers.

The second part of the initiative is a longitudinal study of teens to see how technology is affecting their development. Before the pandemic began, the plan was to use MRIs of participants. Prinstein said they’ve shifted to remote data collection for now and will return to the original MRI plan when it’s permissible.

The final prong of the project is to make the research widely available to the public, in part through a short informational film and a website. Parent engagement is crucial, said Winston. There will also be conferences to spread awareness about the research among scholars.

“Jim’s commitment to the project is amazing,” Prinstein said. “I think this partnership coupled with this kind of commitment is pretty exciting — it provides us with the resources to take on something that’s really quite grand in scale.”

Winston’s family has supported a wide variety of ventures at UNC for generations — perhaps not quite as long as they’ve been attending the university, though. That can be traced back more than 150 years, and the next generation is already geared up. Winston said his young kids say they want to be Tar Heels, too.

“Carolina is where I found intellectual curiosity and stimulation,” Winston said. “As a result, I’ll forever have huge affection for the university.”

To learn more about the Winston Family Initiative in Adolescent Brain Development and Technology, visit www.wifi-initiative.org.