Donald Haggis holds a copy of Hippocrates on Head Wounds, edited and translated by Maury Hanson. (photo by Kristen Chavez) 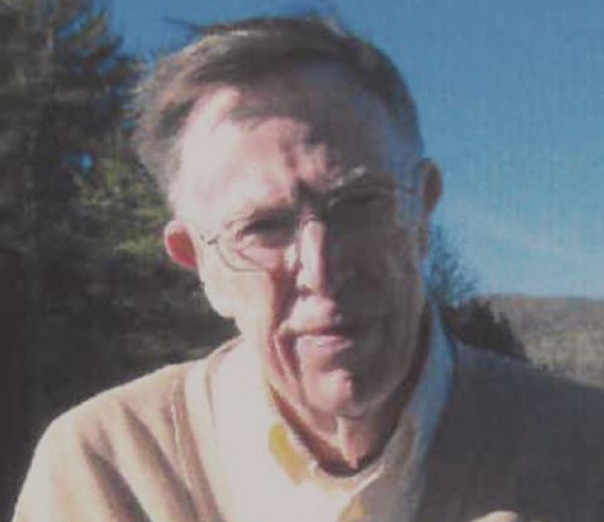 Hanson got his Ph.D. in classics and bequeathed a planned gift to the department.

In fact, he was already a medical doctor when he arrived in Chapel Hill to study classics. After specializing in neurosurgery at Cornell University, Hanson spent his career as a surgeon in New York City and the Washington, D.C., area.

After retiring, Hanson decided to become a Tar Heel and study ancient medicine.

Today, his legacy will live on in Chapel Hill in a unique way: When Hanson died at age 100 last spring, he bequeathed an unrestricted planned gift of nearly $300,000 to the department of classics and a collection of rare books and manuscripts of Greek and Latin literature to University Libraries.

“It was a very pleasant surprise,” said Donald Haggis, professor and chair of the classics department. “This comes as a welcome gift for a number of reasons.”

Unrestricted gifts are particularly helpful because they are not designated for specific uses and thus allow the department to address the most urgent needs, Haggis said. Though no formal decision has yet been made, Haggis said the Hanson gift will likely be used for faculty development and graduate student support, primarily for research and fieldwork.

Classics faculty and graduate students participate in conferences across the United States and Europe, and many travel to conduct archaeological work on excavations and in museums. Haggis said the department’s students and faculty have worked in Greece, Turkey, Italy, Romania, Spain, Morocco, Egypt and Israel.

During his time at UNC, Hanson produced a dissertation that the 1988 classics department newsletter called “eye-opening.” In “Eye Terms in Greek Tragedy” (1987), Hanson reinterpreted passages in ancient texts in light of his own medical experience, all under the direction of the late professors Henry Immerwahr and Edwin Brown and professor emeritus George Kennedy.

“Obviously, his work in classics here had a great impact on him and his life,” Haggis said. “He made a conscious decision to devote the rest of his life to studying ancient medicine.”

After graduating with his Ph.D., Hanson continued his personal research, traveling to libraries around Europe to translate and edit ancient Greek texts. He focused on the writings of Hippocrates, who is often referred to as the “father of medicine.” Hippocrates is credited with revolutionizing medicine, establishing the practice as a profession and coining the Hippocratic Oath, still recited by doctors today.

In 1999, Hanson published a book, Hippocrates On Head Wounds, in which he translated Hippocrates’ treatise by the same name and provided commentary.

“It’s an impressive piece of work, and my understanding is that it’s still commonly used today,” Haggis said. “Ancient medicine is a rather specialized field.”

Hanson was a man of many interests. After publishing his book, he moved to Virginia and devoted his time to historic preservation and gardening. He is survived by a brother and two cousins.

“I love Dr. Hanson’s story,” said Terry Rhodes, dean of the College of Arts & Sciences. “What an interesting life he led! While we weren’t able to thank him for his selfless generosity, his gift will create a lasting tribute to his life and benefit so many in the department who share his passion for classics.”

Hanson is one of more than 50 late alumni and friends of the College who have left planned gifts in recent years, providing $16 million for College people and programs.

“Our department has loyal alumni who are very committed to the idea of our department and of supporting classics in American research universities,” said Haggis. “We are grateful to Maury Hanson for realizing the value of this.”