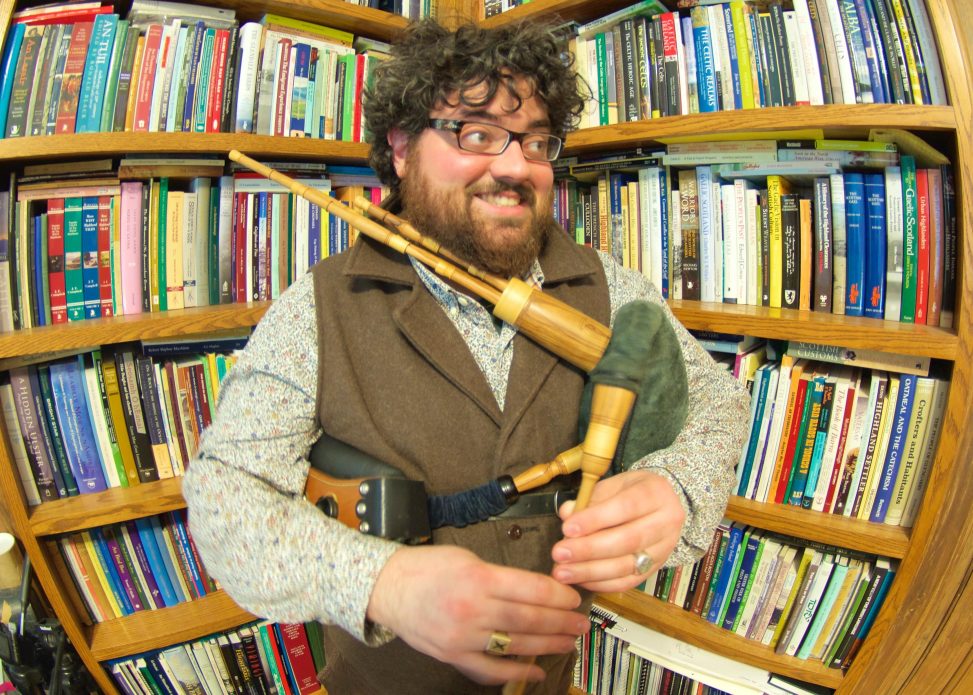 Visiting lecturer Tiber Falzett will share his love of an endangered language and traditions with Carolina students.

Folklorist, scholar and musician Tiber Falzett is passionate about sharing the Scottish Gaelic culture and language and is excited about the opportunity to incorporate the rich legacy of North Carolina’s Scottish Gaelic heritage into his teaching this year.

He believes that knowing more about Gaelic can help break down barriers and bring people together, making learning an endangered minority group’s language and its traditions all the more important. He will share his expertise with UNC students this fall as the first Visiting Lecturer in Scottish Gaelic Studies in the department of English and comparative literature.

Beginning in the 1730s, Scottish Highlanders immigrated to the Cape Fear region of North Carolina, founding the earliest multigenerational Scottish Gaelic-speaking community on the North American continent. Gaelic continued to be transmitted across the generations into the early decades of the 20th century. Many North Carolinians share ancestral ties to this immigrant group, including well-known surnames like Blue, Cameron, Campbell, MacDonald, MacDowell, Macintosh and MacNeill.

Scottish Gaelic is a separate language from what Americans commonly refer to as Irish Gaelic, which is more accurately called “Modern Irish.” The two evolved from earlier linguistic forms, Falzett said, noting that Scottish Gaelic and Modern Irish are about as similar as Romance languages are to one another. 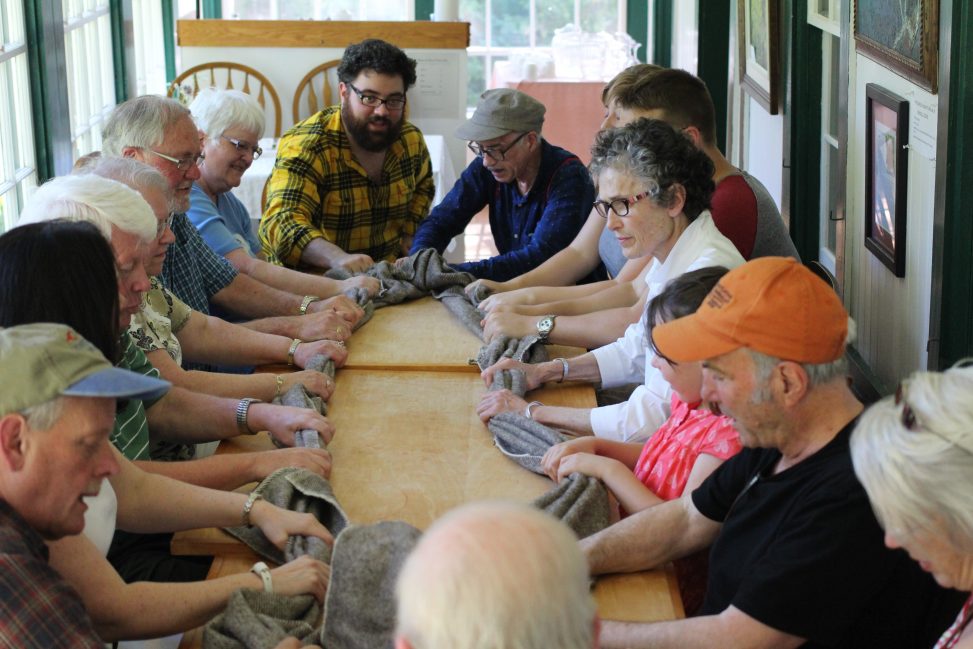 “The hope is that we can raise awareness,” said Falzett, who has done extensive fieldwork in Cape Breton Island, Nova Scotia, Canada, and the Outer Hebrides and West Highlands of Scotland. “By engaging with some of these under-recognized forms of expression rooted in endangered language communities, we can better understand the human experience and, indeed, ourselves.”

Both family ties and music were important factors to Falzett in learning the Scottish Gaelic language in his late teens and continuing to pursue studies in its cultural expression.

His maternal great-grandmother was a Gaelic speaker from Southwestern Ontario, which, like North Carolina’s Cape Fear Valley, was once a hotbed for the language. In its diaspora, Scottish Gaelic crossed ethnic boundaries, fostering a sense of community and serving an essential role in communication and social engagement as part of everyday life.

Falzett’s grandfather frequently shared memories of growing up in a multilingual home and community in rural Manitoba, where Gaelic, Icelandic, Finnish and French were spoken alongside indigenous languages like Cree and Ojibwe.

Falzett’s interest was further piqued when he began playing the Great Highland Bagpipes at age 11.

“I loved the sound and noticed that a lot of the vocabulary used when learning to play was Scottish Gaelic,” he said.

His fall classes — “Introduction to Folklore” and “Fairy Tales” — are full. The spring lineup includes courses on Celtic cultures, everyday stories and legends, and a first-year seminar on Scottish Gaelic literature in North America. The seminar course will include texts from North Carolina that provide the earliest extant Gaelic poetic compositions and published texts in North America.

Falzett will also give a public talk on Oct. 26 on the UNC campus.

Scottish Gaelic studies has “not enjoyed any previous support in the American academy,” said Michael Newton, secretary of GaelicUSA, a nonprofit advocacy group that coordinated the visiting lecturer position, which was funded by Scottish Heritage USA.

Today just over 1 percent of Scotland’s population speaks the language. In spite of its endangerment, globally an estimated 60,000 people speak Scottish Gaelic, Falzett noted. Currently, both the language and its cultural expression are undergoing a renewal in Scotland and Canada’s Maritime Provinces.

These days, Falzett said he only wishes he could sit down with his own great-grandmother, hear her voice, and speak with her in what was her first language and one that he has now carefully fostered as his second.