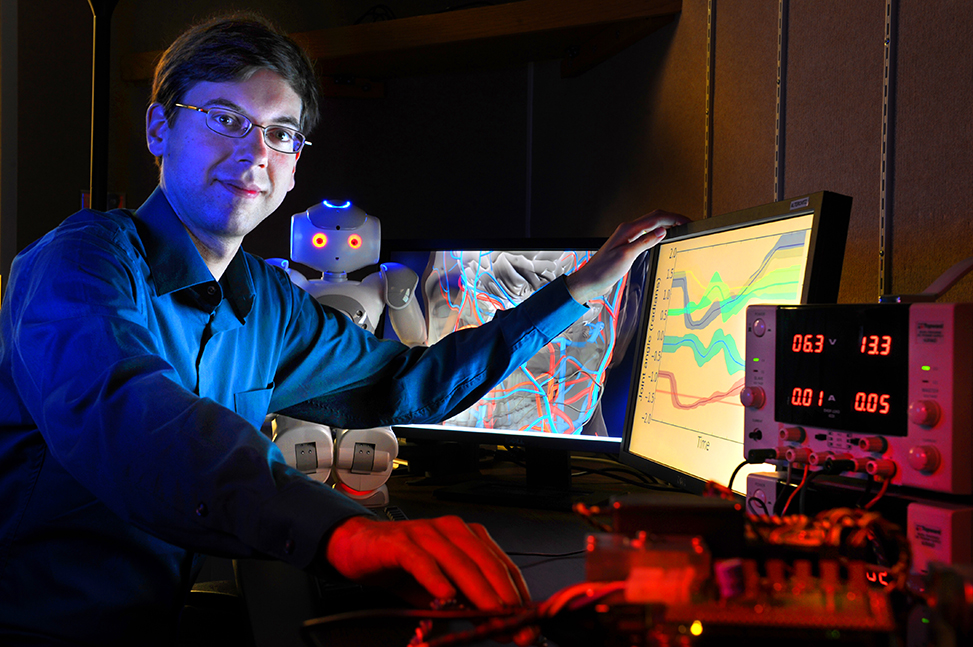 Ron Alterovitz won a presidential award for his research focusing on robotics for medical applications. (photo by Donn Young)

Alterovitz, professor of computer science, was recognized with the Presidential Early Career Award for Scientists and Engineers. PECASE is the highest honor bestowed by the U.S. government to outstanding scientists and engineers who are in the early stages of their independent research careers and who show exceptional promise for leadership in science and technology.

Alterovitz’s research focuses on robotics for medical applications. With support from the National Institutes of Health, Alterovitz and his research group are developing a new medical robot that can enable earlier, less invasive and more accurate diagnosis of lung cancer.

Bansal, an assistant professor of computer science and director of the UNC-NLP lab, received a Google Focused Research Award in natural language processing to fund exploration of spatial language understanding. The award will be split evenly between Bansal and a colleague at Cornell University.

Through the Focused Research Awards program, Google supports a small number of multiyear research projects in areas of study that are of key interest to Google as well as the research community.

Bansal also received a National Science Foundation Faculty Early Career Development Award. The CAREER program is among NSF’s most prestigious awards in support of junior faculty who exemplify the role of teacher-scholars through outstanding research, excellent education and the integration of education and research.