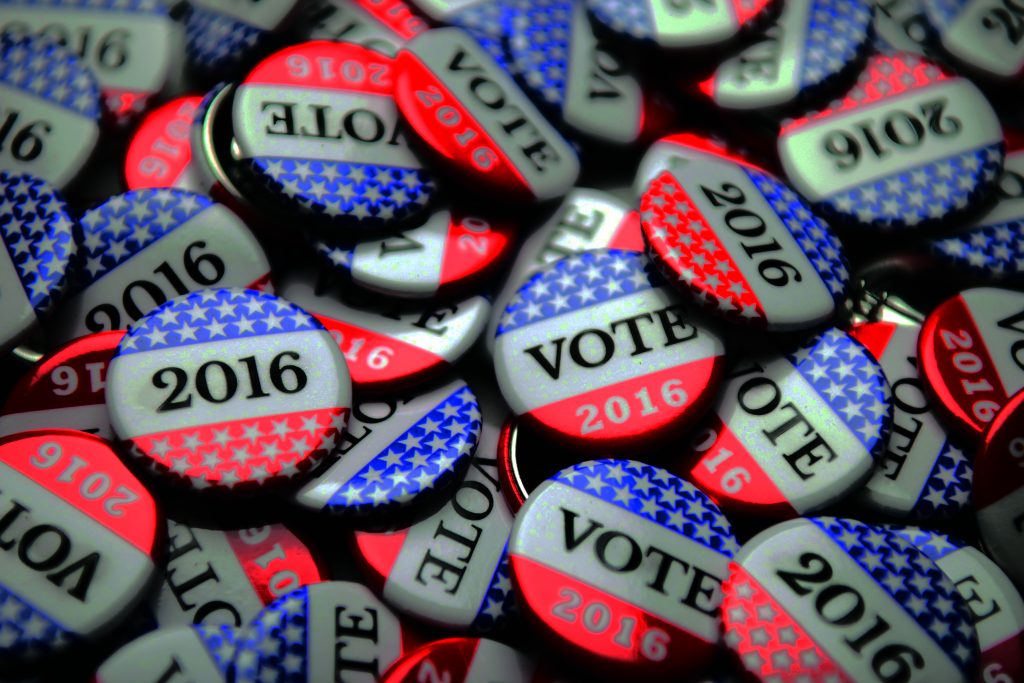 The Politics of Polarization

The road to the White House is usually rocky. But this time the pavement has been split wide open by extreme polarization — and not just between Democrats and Republicans. The landscape within the parties has also fractured into the mainstream and the mavericks.

Major polls overseen by UNC alumnus Tom Jensen at Public Policy Polling showed more than half of voters disapproved of both Hillary Clinton and Donald Trump after their parties officially nominated them to run for president.

And all of this occurred during an election season rocked by mass shootings, anxiety about terrorism, and violence against African-Americans and police officers.

Only one thing seems clear as Nov. 8 approaches: Fault lines have shifted beneath the political parties. How this shakes out may affect the balance of power in national politics for at least a generation, according to four UNC experts.

When flamboyant developer Donald J. Trump rose to the top of the GOP ticket, pundits struggled to explain his sudden appeal. The conventional wisdom was that his “Make America Great Again” campaign was attracting disaffected white working-class conservatives concerned about lost jobs and stagnating wages.

Trump’s base is indeed largely white, but it includes both working class and professional voters who may not consider themselves traditional conservatives, said Weiler. What they share, he added, is a “highly authoritarian” perspective that has solidified during the increased polarization of Americans over the past generation.

This has resulted in “the sorting of people with very different worldviews into two major political camps,” Weiler explained. When Bill Clinton was first elected president in 1992, authoritarian-minded voters were about as likely to vote Democratic as they were to vote Republican. But by 2004, authoritarian-leaning voters had fled the Democratic Party and joined the GOP. And non-authoritarians who once voted Republican had shifted to the Dems. Those trends have solidified during the Obama years.

“That, in a nutshell, is Trump’s campaign,” said Weiler, a senior lecturer and director of undergraduate studies in the curriculum in global studies.

“Non-authoritarians,” meanwhile, have settled into the Democratic Party. Weiler says they tend to:

The Democratic Party has also experienced internal strife, with voters splitting their support between a mainstream candidate (Hillary Clinton) and a maverick calling for a political revolution (Bernie Sanders). Although Clinton clinched the nomination with strong support among Hispanics and African-Americans, she knew she needed to broaden her support to ensure a general election victory. She began to reach out to more  mainstream Democrats, as well as Republicans disenchanted with Trump, while trying to ensure that a critical mass of progressive Sanders voters turn out to pull the lever for her in November.

Ongoing concern about American safety and security could be the wildcard in the race. After police were killed following the “Black Lives Matters” protests, Trump began calling himself the “law and order candidate.” Clinton underscored her “stronger together” theme, focusing on the need for all sides to unite to address violent crime and heal tensions between police and minorities.

The ability of Clinton and Trump to broaden their appeal will affect the down-ballot races. While Trump is the clear favorite of highly authoritarian voters forming the GOP base, they make up only about a third of the general electorate, said Weiler.

Trump’s animosity to Muslims, immigrants, women and free trade have turned off moderate Republicans and traditional conservatives, and could cause some to stay home on Election Day, affecting not only the presidential race but important battles for Senate seats in swing states.

“With a more traditional candidate, the GOP would have had a very good chance of winning the White House while maintaining control of Congress and continuing a conservative majority on the Supreme Court,” said Jason Roberts, associate professor of political science and an expert on congressional politics. “It would have been a huge opportunity to maintain political power for generations.”

That’s unlikely to happen if the Democrats succeed in portraying Trump as too reckless for the presidency.

Clinton, on the other hand, must overcome lingering doubts about her trustworthiness (those emails) among traditional Democrats, independents, Sanders supporters and anti-Trump Republicans to influence down-ballot races. A big enough turnout could give the Democrats majority control of the Senate — the key to unjamming gridlock and securing a liberal majority on the U.S. Supreme Court for the first time since the Nixon presidency, according to Roberts.

Anxiety about Trump among liberals, minorities and women could enhance Democratic turnout, despite mixed feelings that some have about Clinton.

“Trump makes the choice between the two parties starker than usual, even if many of the policies espoused by Trump are not typical of a Republican platform,” said assistant professor of political science Sarah Treul, who studies Congress and the courts. “The choice of voting for Clinton or Trump is more than a vote for a party — it’s a vote for the future direction of the country — and the choices could not be more disparate.”

This could have long-term implications for the GOP, especially as millions of children of Latino immigrants become old enough to vote, said Roberts. “Trump could be handing over a generation of new voters to the Democrats.”

At stake: the Supreme Court

The U.S. Supreme Court is likely to weigh in on several major issues during the next president’s term, said associate professor of political science Isaac Unah, author of The Supreme Court in American Politics. The court is expected to review cases involving immigration, affirmative action, abortion rights, campaign financing and voting rights.

Since Supreme Court justices are appointed to life terms, the November elections could affect the balance of power on the court for generations.

Even a narrow win by Trump would likely mean the GOP maintains control of the Senate and a relatively easy path for confirming conservative appointments to the court, said Unah.

If Clinton wins narrowly and the Democrats do not gain majority control of the Senate, Unah said the Republican majority in the Senate could approve Obama’s nomination of moderate Merrick Garland, filling the vacancy left by the death of conservative Justice Antonin Scalia.

If Clinton wins big and the Democrats gain the Senate, the Republicans could still decide to approve Garland before Clinton takes office in January, he said.

Obama could decide to withdraw the Garland nomination, although Unah thinks that is less likely. Under that scenario, Clinton could win approval of her own nominee to fill Scalia’s seat —  and perhaps fill other vacancies during her term — tipping the balance of the court to liberals for the first time since the Nixon presidency.