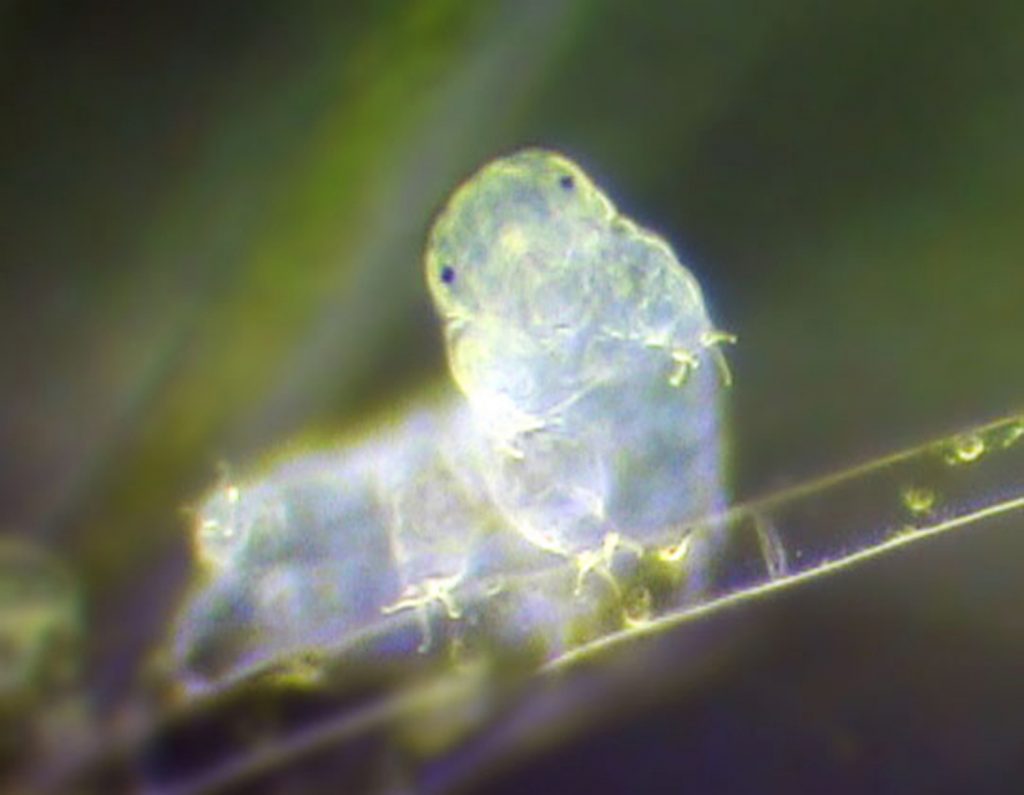 New tardigrade findings raise questions about the connection between foreign DNA and the ability to survive extreme environments. (Photo by Sinclair Stammers)

Large percentage of a tardigrade’s genome comes from foreign DNA

UNC researchers have sequenced the genome of the nearly indestructible tardigrade, the only animal known to survive the extreme environment of outer space, and found something they never expected: that they get a huge chunk of their genome — nearly one-sixth — from foreign DNA.

“We had no idea that an animal genome could be composed of so much foreign DNA,” said co-author Bob Goldstein, professor in the biology department. “We knew many animals acquire foreign genes, but we had no idea that it happens to this degree.”

The work, published in the Proceeding of the National Academy of Sciences, not only raises the question of whether there is a connection between foreign DNA and the ability to survive extreme environments, but further stretches conventional views of how DNA is inherited.

First author Thomas Boothby, Goldstein and their collaborators revealed that tardigrades acquire about 6,000 foreign genes primarily from bacteria, but also from plants, fungi and single-cell organisms known as Archaea, through a process called horizontal gene transfer — the swapping of genetic material between species as opposed to inheriting DNA exclusively from mom and dad. For comparison, most animals have less than 1 percent of their genome from foreign DNA.

“Animals that can survive extreme stresses may be particularly prone to acquiring foreign genes — and bacterial genes might be better able to withstand stresses than animal ones,” said Boothby, a postdoctoral fellow in Goldstein’s lab.

Read more about the study.