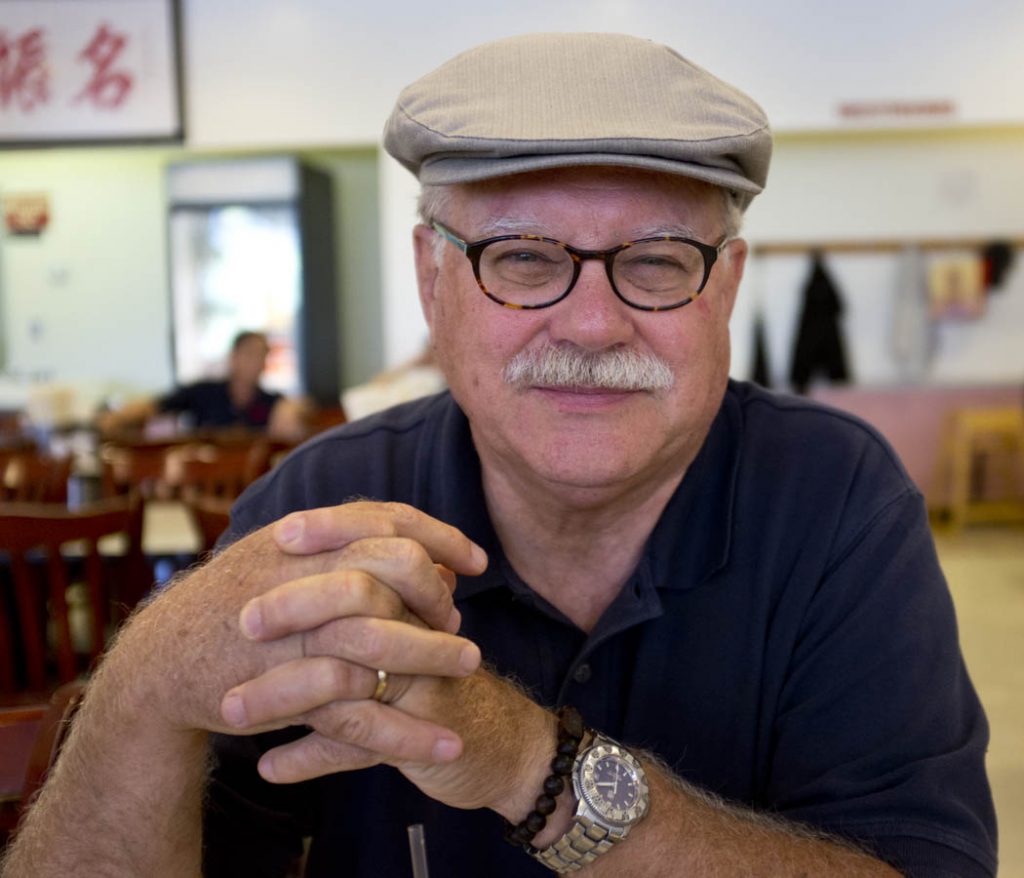 Neal Jackson says his Carolina education "intellectually stimulated me, both inside and outside the classroom." (Photo courtesy of Neal Jackson)

“Photography is nothing — it’s life that interests me.”

Indeed photography, and the quest for an interesting life, have propelled Jackson down a road well traveled (literally), from print journalist to vice president/general counsel of NPR to teaching photojournalists around the world how to cope in dangerous situations.

Jackson thinks of his career as evolutionary, with one opportunity morphing into another. It started at Carolina, where he began his academic career as a chemistry major but later developed a love for and majored in political science with an additional concentration in economics. He worked for The Daily Tar Heel, chaired a campus political party and began developing a passion for photography.

“The whole atmosphere at Carolina when I was there was constantly intellectually stimulating me, both inside and outside the classroom,” he said. “It fundamentally affected my life, and since then I have always sought to be stimulated by what I was doing.”

He took a job after graduation in 1965 at The News & Observer in Raleigh, then worked at The Washington Post (the only male in what was referred to then as the “women’s department”) while attending law school at Georgetown University.

He began working in regulatory law and corporate litigation, worked his way up to managing partner of a law firm’s Washington office, and eventually joined NPR as chief legal officer in 1996.

“I spent the next 11 years working there through a key period of expansion of NPR into a multimedia operation,” said Jackson, who also helped the media organization develop its visual presence on the Web. “It was very different from working in private practice, but it took into account the knowledge I had of journalism, media and government.”

But his love of photography was always present, and Jackson decided it was time to leave NPR and head down a different road.

For five years, he served as chairman of VII Photo Agency, which specializes in coverage of conflicts and social issues around the world. He teaches business courses to photojournalists, bringing in his law and media background.

Still, he wanted to do something more, something to give back. Carolina, he said, taught him the value of understanding the world around him. It also taught him about finding ways to contribute to society.

In 2014, he founded Trauma Training for Journalists, which teaches local journalists, photographers, translators, producers and others on the ground in hazardous reporting environments how to plan for and deal with physical and mental traumas. He’s been to Beirut (and organized training in Kurdistan, Iraq) and hopes to make it to Tunisia.

“Danger is just part of the business,” he said. “We don’t take silly risks, but we do take some risks which are essential in this kind of situation.”

Today, he lives on a farm on the Eastern Shore of Maryland, where he can look out his window and see a creek, pristine land, foxes, eagles and deer. He maintains an apartment in Washington, within easy access of nearby airports for international travel.

He’s also recently developed an interest in food as cultural preservation, taking on the Twitter handle @doctorcornbread. He attended a food conference in 2015 in Chapel Hill and hopes to one day make it to a Southern Foodways Alliance event.

Jackson is a champion of a well-rounded, liberal arts education, which has led him to a well-rounded life full of discovery and reinvention.

“I struggled through the course in logic in philosophy, having doubts of its value all along,” he said. “But later I was very glad I completed it, as it helped me to think rationally and more clearly. It connected across the entire academic spectrum …”

“Being exposed to the broader base of humanities and arts exposes you to the heart of the world.”

Read about other alumni who have reinvented themselves with their liberal arts degrees in the story, “Reveling in Reinvention.”