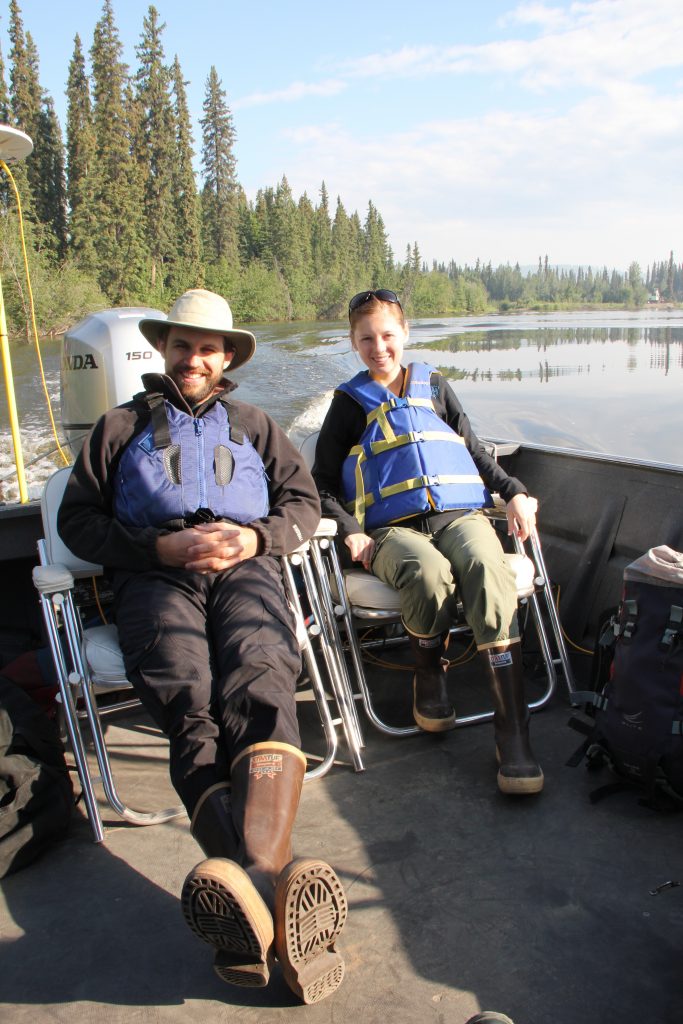 As a master’s student in geological sciences at Carolina in the early 1980s, Elijah White (M.S. ’84) studied under UNC geology faculty legends John Dennison, Roy Ingram and Walter Wheeler. White says that his experiences with these esteemed faculty members represent some of his best memories of UNC and helped inspire him to give back to the geology department.

Now the geoscience vice president in the ExxonMobil Production Company, White has come a long way from his days as a kid growing up in Wilson, N.C. Fascinated by rocks at a young age, he spent many hours along the railroad tracks exploring the different types of rocks that lined the rail beds.

His love of rocks led him to major in geology as an undergraduate at Elizabeth City State University, where faculty encouraged him to attend graduate school after earning his degree in 1981. White looked at a number of graduate programs, but he says he was impressed with Carolina’s faculty and the family atmosphere in the geological sciences department.

“Carolina offered a wonderful chance to study with preeminent faculty, travel and study in both the Rocky and Appalachian mountains, as well as the opportunity to watch some great basketball and pretty good football,” White said.

While White says there were many highlights during his time as a Tar Heel, studying under professors such as Dennison, Ingram and Wheeler definitely stands out. Over the years White stayed in close contact with Dennison, communicating with him regularly until his death earlier this year.

“I’ve had a lot of good teachers over the years, but he was by far my favorite,” White said. “We just connected, and were always very open and honest with each other. He often helped me stay focused and maintain a work/life balance.”

After finishing his master’s degree, White went to work for ExxonMobil, where he has held positions in the Exploration, Development, Production and Research companies over his nearly 30-year career.

White’s gift to support geology faculty has provided a much-needed boost to the department, according to Jonathan Lees, chair of the department of geological sciences.

“As research is an often expensive undertaking, these funds enable our faculty to make equipment purchases that provide vital support for innovative research in geology,” Lees said. “Improving access for faculty research plays a critical role in helping the department retain a competitive edge.”

The inaugural recipient of White’s funding is Tamlin Pavelsky, an assistant professor of geological sciences. The support has enabled him to purchase equipment to accurately survey the depths of large rivers in Alaska.

“These complex rivers have many shifting channels, and there are not currently good computer-based models of how water flows through them,” Pavelsky said. “With the datasets that I’m collecting, we’ll be able to develop one of the first really detailed models simulating how water flows through these rivers, and we’ll be able to evaluate this model against other data that we’re collecting in the field.”

“All of this work is also in support of the development of a planned NASA satellite, the Surface Water and Ocean Topography mission, and the support provided by the White Fund is helping us collect data needed to prepare for this new and exciting source of data on lakes and rivers around the globe.”

White met Pavelsky in April while in Chapel Hill to attend a meeting of the Arts and Sciences Foundation Board of Directors, on which he serves as a member.

“It was very meaningful to me to meet the person who is benefiting from my support,” White said. “It’s gratifying to know that my gift is making a difference.”