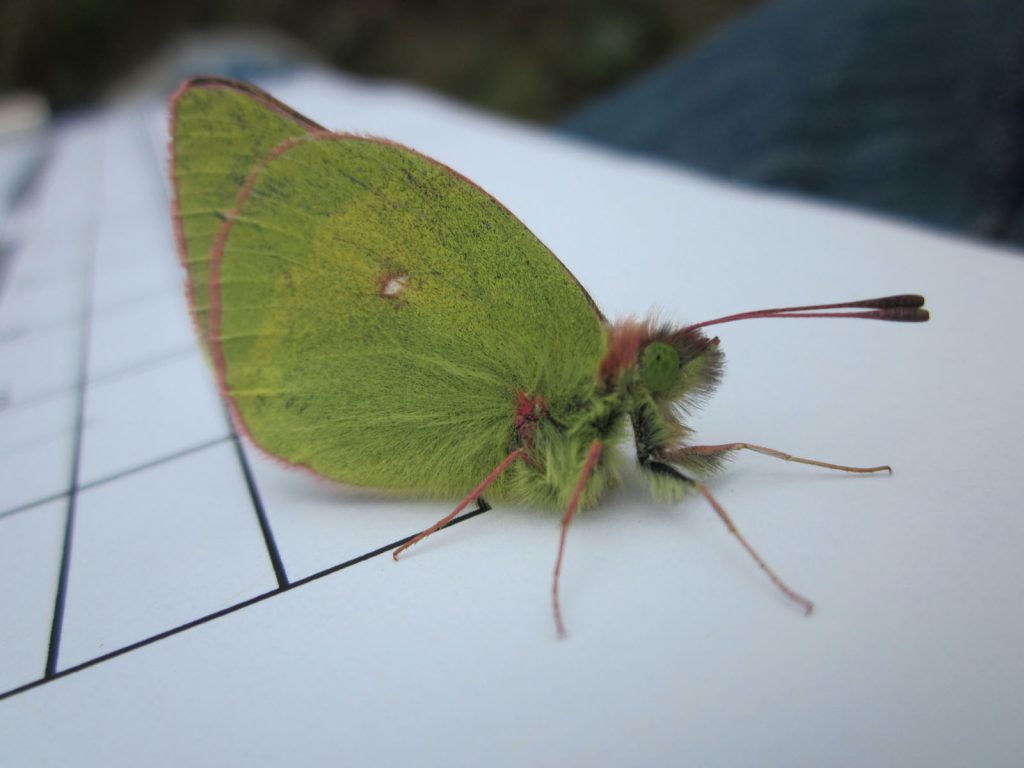 Two related species of sulphur butterflies in Colorado and California are evolving to adapt to climate change. (photo courtesy of Heidi MacLean)

Research by a team of UNC biologists and graduate student shows that some caterpillars are already evolving to cope with climate change. Caterpillars of two species of butterflies in Colorado and California have evolved to feed rapidly at higher and at a broader range of temperatures in the past 40 years, their study shows.

“To our knowledge, this is the first instance where we show changes in physiological traits in response to recent climate change,” said Joel Kingsolver, Kenan Distinguished Professor of Biology.

Caterpillars can eat and grow only when it’s not too cold and not too hot, explained Kingsolver. But when temperatures are ideal, caterpillars eat with reckless abandon and can gain up to 20 percent of their body weight in an hour.

Jessica Higgins, a graduate student in Kingsolver’s lab who spearheaded the study, worked with fellow UNC graduate student Heidi MacLean, former UNC faculty member Lauren Buckley and Kingsolver to compare modern caterpillars to their ancestors from 40 years ago. Their results show that the two related species of sulphur butterflies have adapted in two ways:

In their work, the researchers measured changes in climate at the two study sites and then examined changes in the caterpillars feeding rates using current and historical data from the 1970s, collected by Kingsolver’s graduate adviser Ward Watt.

Although they found little change in the average air temperature at both study sites, they noticed that the frequency of hot temperatures — that is, temperatures that exceeded 82 degrees Fahrenheit –— increased two-fold in Colorado and four-fold in California over the past 40 years.