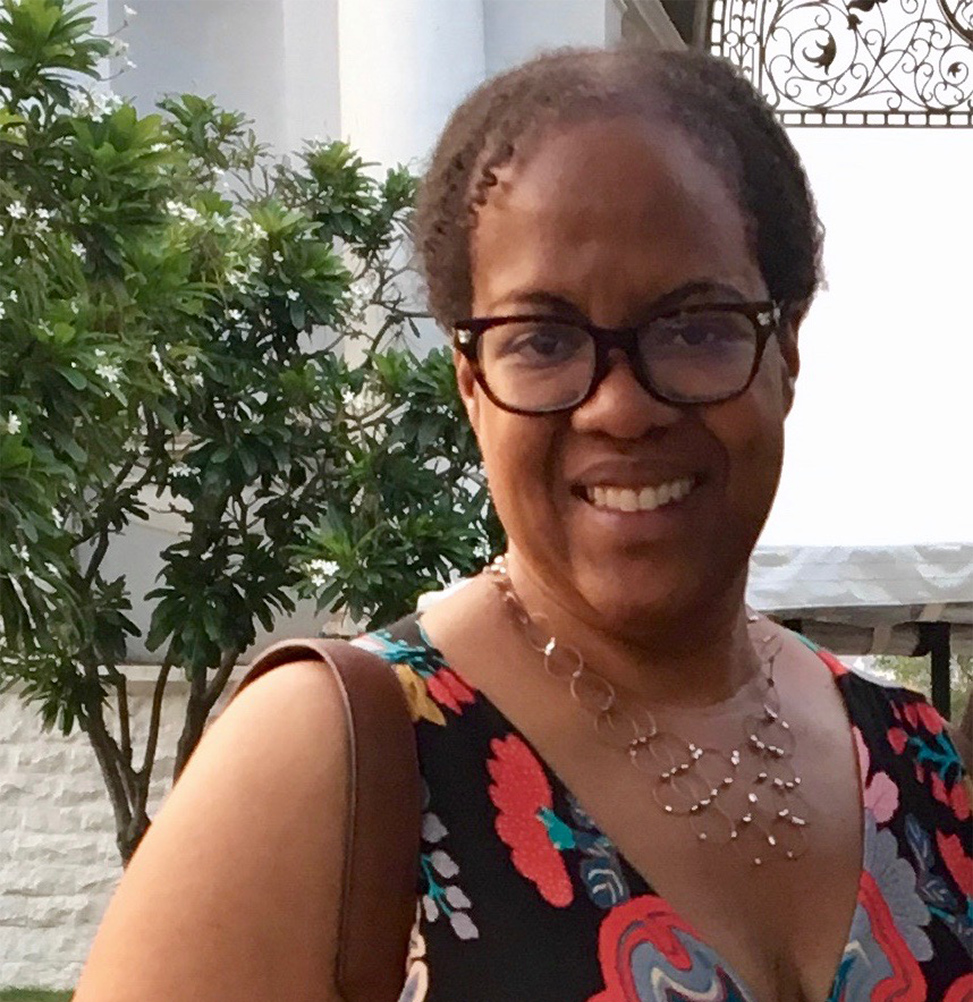 Monica Parham ’90 leads diversity and inclusion efforts at the multinational technology company based in San Francisco.

Interning for a summer in the British House of Commons. Swimming in a brilliant blue lake during an Outward Bound adventure. Shadowing a drug surveillance operation. These are just a few of the diverse Morehead Scholar experiences that profoundly changed how Monica Parham ’90 views the world.

“Being an only child from Winston-Salem and coming to this large state university, I met people from all over the world, as well as people from North Carolina with profoundly different backgrounds from mine,” said Parham, a political science major.

Those experiences help inform Parham’s commitment to drive “change and innovation through diversity and inclusion.” Since September 2018, she has worked as the Diversity and Inclusion Business Partner for Tech at Uber, a multinational technology company.

“Overall, I would broadly describe diversity and inclusion, which are very different things, as focused on increasing access and opportunities,” said Parham. She said that her shorthand working definition is that diversity is the “who” and inclusion is the “how.”

“Diversity needs to be looked at through a wide lens that includes not only race/ethnicity, gender, sexual orientation and gender identity, and differing abilities — but also social mobility, socio-economic background, geographic diversity and ‘pedigree’ — for example, what schools someone has attended, and the intersections of these elements,” she said.

Diversity, in turn, can’t “stick” without inclusion, which makes people feel engaged and valued and creates a sense of belonging, Parham added.

“Neither is about just celebrating differences, as both involve driving organizational-level, systems-based change to ensure that the organization’s workforce, workplace and approach to the marketplace reflect core values of equity, access and opportunity for all talent,” she said.

Parham joined Uber because of her belief that the tech space provides an avenue to have a notable impact.

“I was attracted to this position because tech is driving change, and I was excited by the challenges and opportunities of ensuring that the broadest range of talent has the opportunity to participate in and indeed lead that change,” she said.

Before joining Uber, Parham ran a consulting firm, focusing on topics including diversity and inclusion, talent, professional development and leadership development. But first, she spent more than 20 years working for Crowell & Moring, a D.C. firm she joined in 1994, a year after earning a law degree from Yale.

“Working in corporate law, I was often the only woman in the room, usually the only person of color and almost always the only woman of color,” Parham said. “In 2004, I started thinking about human capital — who is working in an organization and the perspectives they bring — and realizing that if you don’t have the right mix, you can’t optimize outcomes.”

Knowing of Parham’s interests, the law firm asked her to take six months to set up its diversity and inclusion approach. That six months became more than a decade.

When Parham was deciding whether to leave law to take the leap full time into the then-new field of diversity and inclusion, she reached out to a UNC Morehead classmate who referred her to a colleague working on related issues for an investment bank.

“I am grateful for the power of relationships from my time at Carolina, including some that stem from when I first stepped on campus,” Parham said. “I pull from those experiences all the time.”

Parham has been on the advisory board for Honors Carolina since 2016.

“My service is part of a real desire to give back to Carolina and to share the experiences that I’ve had,” she said. “I want to show students that opportunities don’t just go to the selected few, and that you should feel empowered to go after the things you want. Carolina taught me to see and seize opportunities.”