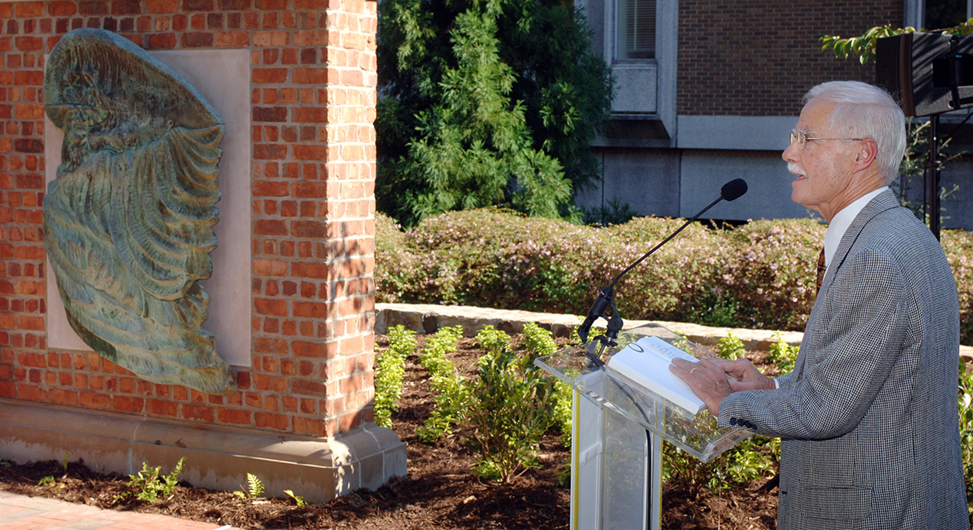 In 2006, the Thomas Wolfe Memorial found a new home on campus. A gift from the Class of 1966 and designed by UNC art professor Richard Kinnaird, the 850-pound bronze relief depicts an angel with outstretched wing and a passage from Look Homeward Angel, one of the best-known works from Wolfe, Class of 1920.

The monument was originally erected near Person Hall, then relocated to near New East in 1972. Thirty-four years later, it was restored and placed in a memorial courtyard near Greenlaw Hall. English professor and Wolfe scholar Joseph Flora was among the speakers at the dedication ceremony. As English and comparative literature prepares to celebrate its 225th anniversary, do you have memories of classmates who went on to achieve literary fame? Email us at college-news@unc.edu.