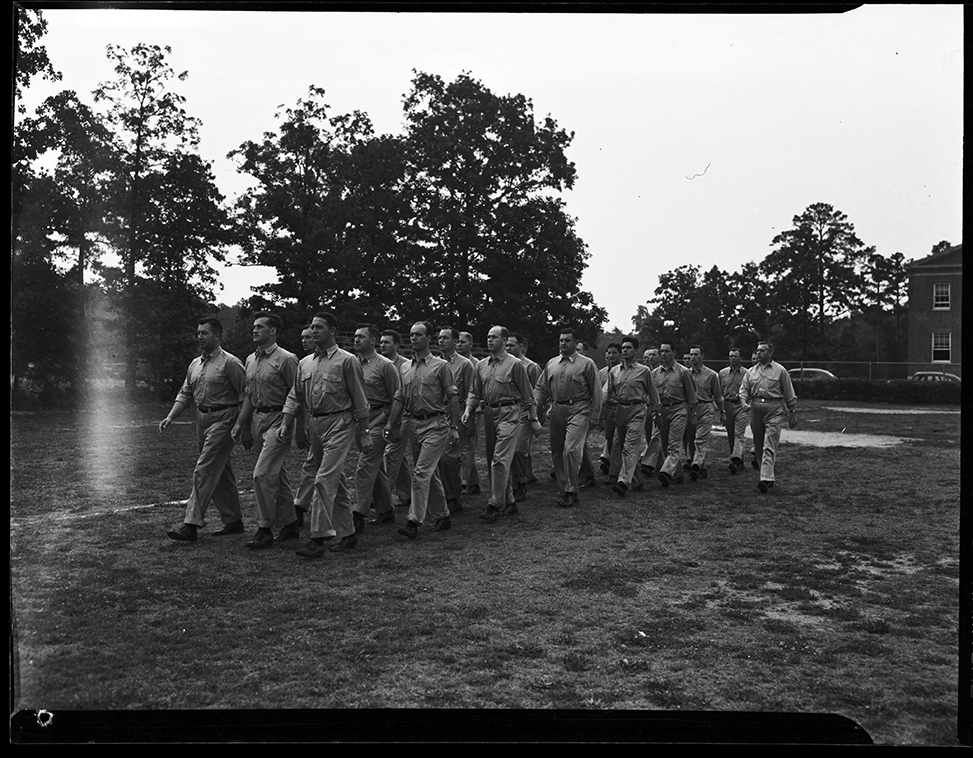 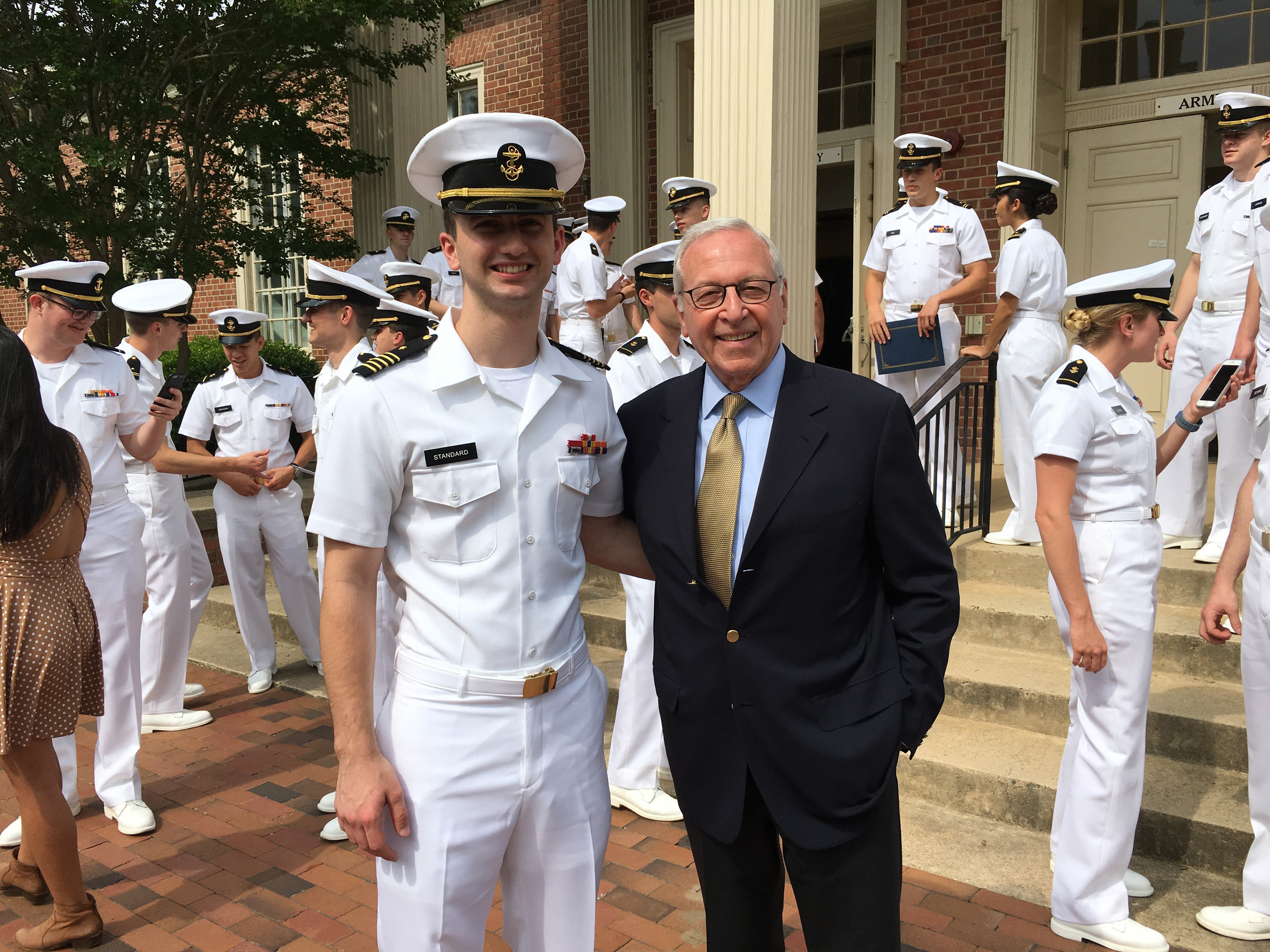 This 1942 photo, taken by famed photographer Hugh Morton, shows U.S. Naval Aviation Pre-Flight School instructors participating in a drill. After Pearl Harbor, the U.S. Navy realized the need to revitalize its training programs and set up pre-flight programs on college campuses. UNC-Chapel Hill was chosen as one of four such locations. Before the pre-flight school was formally decommissioned in 1945, two men who later would become U.S. presidents passed through it: Gerald R. Ford and George H.W. Bush. The Naval ROTC unit, which was established prior to the pre-flight school in the summer of 1940, is still going strong today. All three ROTC programs — Navy, Army and Air Force — are housed in the College of Arts & Sciences. Do you have memories of your time with Carolina ROTC? Email us your stories at college-news@unc.edu. (Photo courtesy of North Carolina Collection, University Libraries.)

Editor’s note: Charles Wolfe (Class of 1965) wrote this in response to our spring 2019 #Throwback photo (see picture at left):

“I was commissioned that year, in 1965, through the NROTC program at UNC. I served on active duty for approximately four years, including two on a ship that participated in combat operations off Vietnam. Following my release from active duty, I moved to New York City to pursue a career in finance. My wife, Sandy, and I are now both retired and continue to live in New York.

In 2003, we established an award that is given each year to a graduating midshipman. It recognizes the person who has shown the greatest improvement in his or her four years in the NROTC program at UNC.

Sandy and I have been privileged to meet many of these outstanding young men and women, and are grateful for their willingness to serve.

The photo is with Sean Standard who was the recipient of the 2016- 2017 Sandra and Charles Julian Wolfe Jr. Scholarship Award.”