Carolina was Islam’s top choice to pursue her Ph.D. At UNC, she was active in the Graduate Women in Computer Science Group. 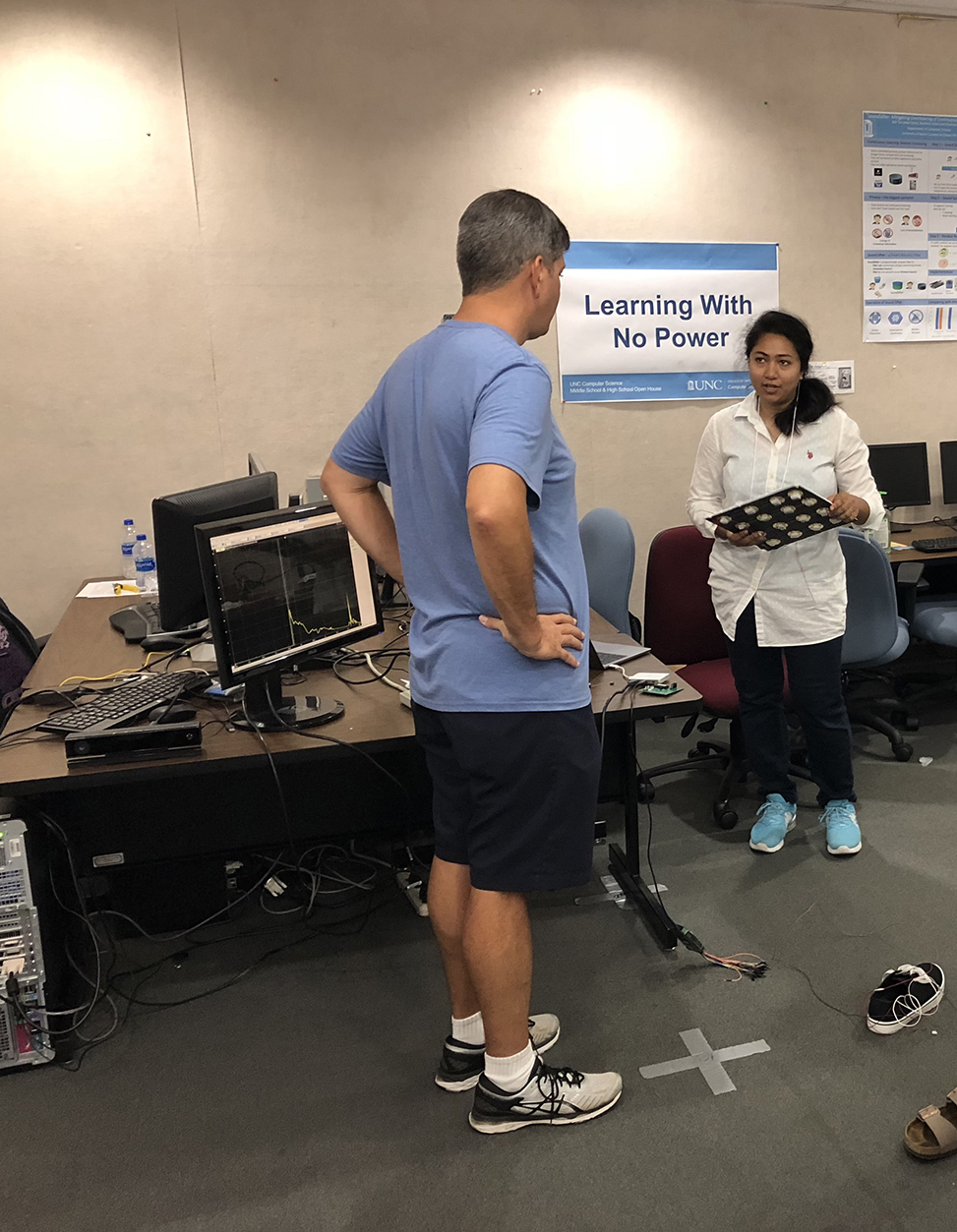 “I like to work with things that have not been discovered yet,” said Islam (Ph.D. computer science ’21), who was recently named to Forbes’ “30 under 30” list in science. “The most interesting thing about my work is that it is often a combination of multiple research areas. It’s very interdisciplinary, which allows me to explore different dimensions and to work with and collaborate with people with different expertise.”

Islam, a native of Dhaka, Bangladesh, once considered becoming an astronaut or zoologist. But her passion for science, math and engineering led her to an undergraduate degree in computer science and engineering from Bangladesh University of Engineering and Technology. Carolina was her top choice to earn her doctorate because of the mobile computing, machine learning and embedded systems research being led by assistant professor Shahriar Nirjon.

“The faculty at UNC have been amazing to me,” said Islam, currently a visiting postdoctoral research associate at the University of Illinois at Urbana-Champaign. This fall she will join the electrical and computer engineering department at Worcester Polytechnic Institute in Worcester, Massachusetts.

Battery waste is a big concern for her. Estimates are that by the year 2035, there will be 1 trillion small devices such as smartphones, tablets and computers powered by batteries. To keep batteries out of landfills, Islam has researched battery-less devices that are powered using ambient sources such as solar energy and radio frequency. They’re known as intermittent devices because the “charge” may vary based on how much energy (light, for example) is available.

Bashima’s work on battery-free systems paves a path toward smart battery-free devices that perform real-time computational tasks with machine learning/artificial intelligence capabilities. This research opens the door to many real-world applications. One of the inspirations behind her work is IBM’s “Project Rhino,” where impalas outfitted with sensors help in tracking rhino poachers.

“If there is a poacher [in the area], the behaviors of the impalas can tell us about it. Having a sustainable, maintenance-free system can help the forest ranger stop the poaching and preserve wildlife,” she explained.

Pedestrian safety is another area of research. A jogger listening to music through headphones might be unable to hear an approaching car. But if the headphones had sensors that could detect the approaching vehicle and alert the wearer, the jogger could get out of harm’s way.

She won numerous awards for her research as a Ph.D. student and has been an active advocate for women in STEM since high school.

While women can face challenges in male-dominated science fields, Islam credits a supportive family, faculty and classmates with her success. At Carolina, she was active with the Graduate Women in Computer Science Group, which connects students and department members for research and support. She also served as the president of the UNC Computer Science Student Association.

“It’s very important for us to be a mentor for young women who want to pursue a career in science or engineering,” she said.

Islam said she was shocked when her phone pinged with news of the Forbes recognition late last year.

“I didn’t expect it, but I also feel that this is a great recognition for me and my work,” Islam said. “It’s good to take risks and dream big. That’s one thing I have learned throughout my life.”