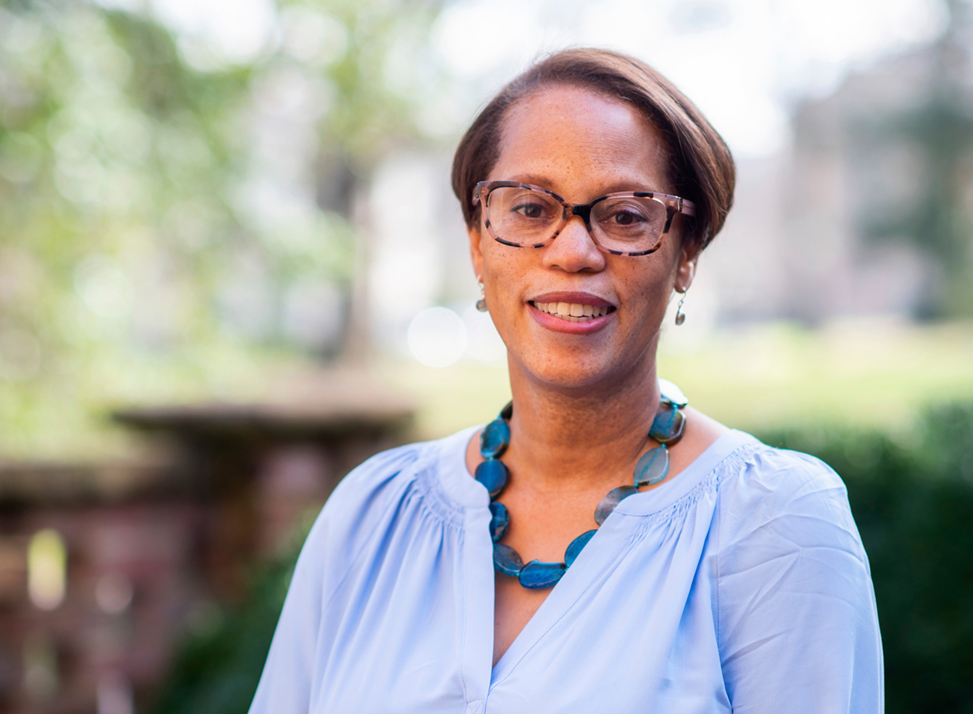 Karla Slocum is a scholar of African diaspora communities and leads UNC’s Institute of African American Research, which has launched a new undergraduate learning initiative focused on race, racism and racial equity. (photo by Jon Gardiner) 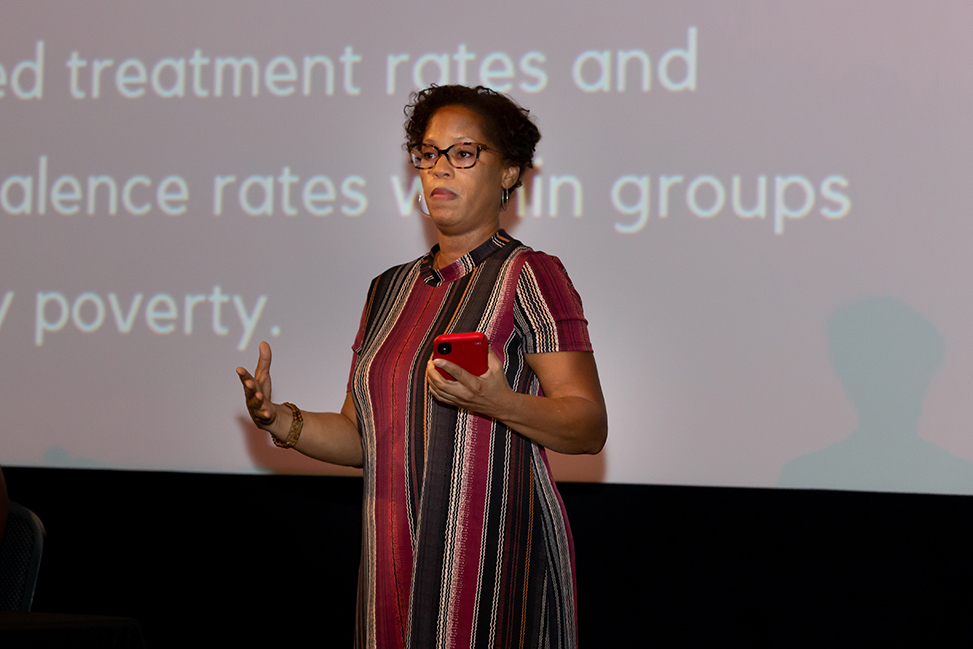 Anthropologist Karla Slocum focuses on the historic and contemporary significance of Black communities. Her latest book highlights Oklahoma, which has one of the largest concentrations of Black towns in the United States.

Karla Slocum is fascinated with the idea of race and place.

Slocum, the Thomas Willis Lambeth Distinguished Professor in the department of anthropology at UNC, is a scholar of African diaspora communities, particularly rural ones. In her most recent book, Black Towns, Black Futures: The Enduring Allure of a Black Place in the American West (UNC Press, 2019), Slocum explores what it means to be a “Black-identified, racially defined small town in the 21st century.”

The book focuses on Oklahoma, largely considered to have had the largest concentration of Black towns, with over 50 of the hundreds that span across the United States.

“Historically, Black people formed these communities, especially in the late 19th- and early 20th century, to be self-sufficient, forge their freedom and ensure their survival and security,” Slocum said. “I want people to know about that history, but as an anthropologist, I am especially interested in people understanding the way historically Black small towns engage with their identity and why that identity matters to them.

“There is a continuing attraction and allure of Black towns in the 21st century for the story they represent about Black greatness — communities where people survived and thrived.”

“I came late to learning those family stories, but once I did and saw the resonance to my other scholarly interests, I decided to pursue this research,” she said.

Slocum’s University of Florida doctoral research in the Caribbean examined the ways that people organized to protect their economic way of life in small, largely African-descended communities.

“People don’t think about a connection between Oklahoma and the Caribbean,” she said. “But all around the Americas, we have these communities made up of people of African descent, communities that people invest in for their own survival, freedom and well-being.”

As director of UNC’s Institute of African American Research, Slocum was instrumental in the recent launch of Student Learning to Advance Truth and Equity (SLATE), the institute’s newest initiative.

“SLATE is the reinvigoration of the College’s Reckoning initiative, which was a response to the aftermath of the removal of the Confederate monument Silent Sam,” Slocum said. “SLATE is designed to bolster undergraduate learning and understanding as it concerns race, racism and racial equity.”

Using an interdisciplinary and evidence-based approach, the program engages students through three program components: connection to community leaders in residence at UNC; research outside of the classroom; and enrollment in one of more than two dozen courses where students have assignments and activities exploring racism and racial equity.

“We don’t want students to just learn about race and racial inequality in a sociology course, but also have an opportunity to explore these issues collectively in classes connected throughout the university,” she said. “Students in our classes will discuss issues and participate in activities that allow them to grasp how race and racism operate and what racial equity can look like.”

Slocum expects that having students engage with other students in different disciplines will bring a diversity of perspectives and experiences into the learning environment.

In conjunction with Mark Little, executive director of CREATE — a global initiative at UNC’s Kenan Institute of Private Enterprise — Slocum has co-chaired Black Communities: A Conference for Collaboration since 2018. This annual event convenes scholars, community leaders, activists and leaders from across the African diaspora.

“We hope that the conferences will foster collaborations, leading to research and community productivity that supports Black communities’ capacity to thrive,” she said.