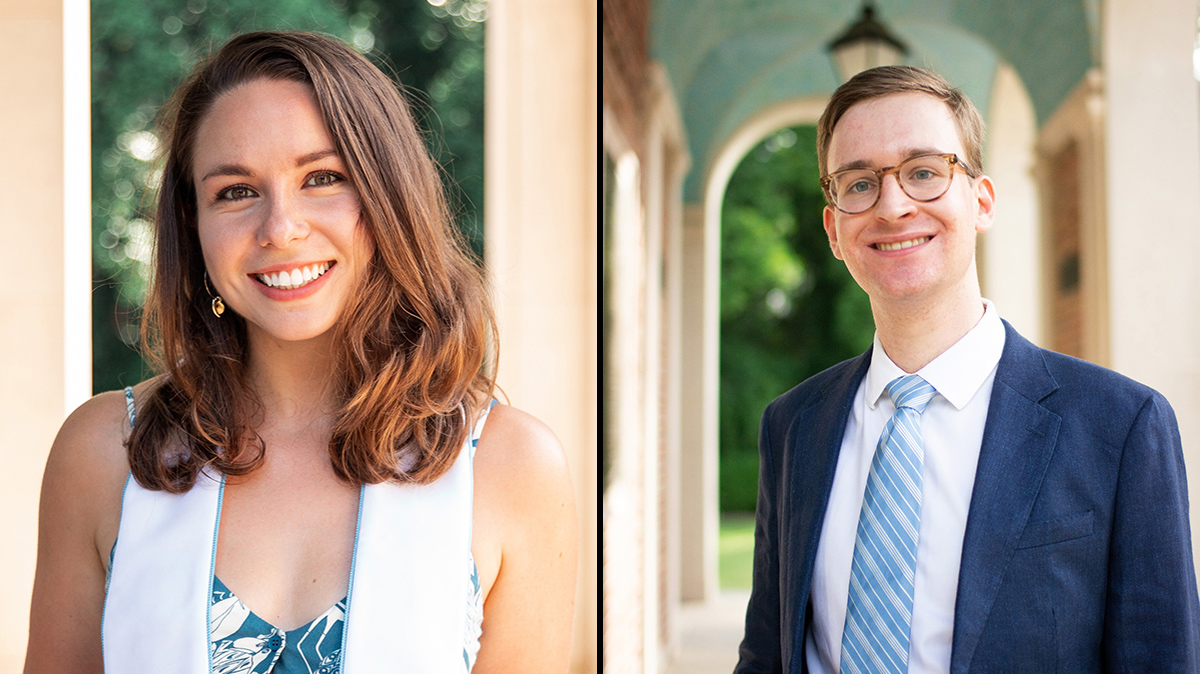 Peter Andringa and Sarah Mackenzie are Carolina’s 50th and 51st Rhodes Scholars. As the world’s oldest international fellowship award, the scholarship funds study at the University of Oxford in England.

Andringa ’20 graduated from Carolina with degrees in journalism and computer science. He was also a Robertson Scholar, a Carolina Honors laureate, a member of Phi Beta Kappa, a student representative on Faculty Council and a fellow at the Reese Innovation Lab. He was among 32 Americans selected for the award.

A Morehead-Cain Scholar, Carolina Honors laureate and member of Phi Beta Kappa, Mackenzie ’20 graduated from Carolina with degrees in public policy and global studies and a minor in Arabic. She was an active member of Campus Y’s Criminal Justice Awareness Action Group and the Community Empowerment Fund. Mackenzie also served as an honor court member and teaching assistant in the global studies curriculum. She was one of 11 Canadians selected for the honor.

Internships with The Wall Street Journal, NBC and The Guardian helped Andringa land a position at The Washington Post, where he currently works as a data visualization engineer on elections coverage and projects that integrate technology into the newspaper’s reporting.

Since graduating last May, Mackenzie has worked as a Thomas W. Ross North Carolina Leadership Fellow in Carolina’s public policy department and is currently a client advocate for the Center for Appellate Litigation in New York City. She has long-term plans of becoming a public defender.