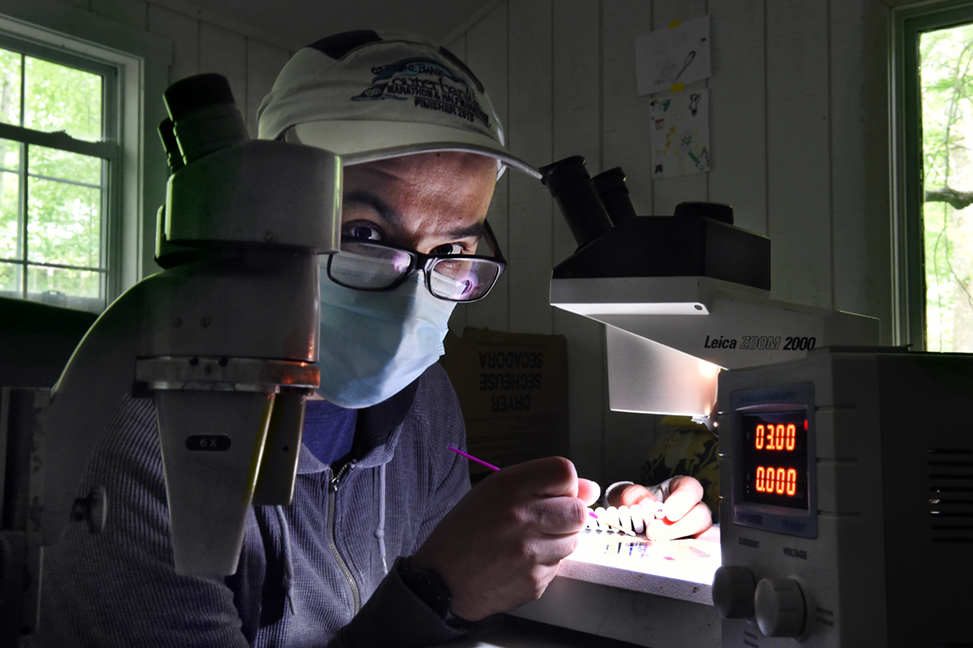 Daniel Matute works in a lab he set up in a backyard shed due to the pandemic. He says resilience is an important trait for evolutionary geneticists in exploring the big questions in science. (photos by Donn Young) 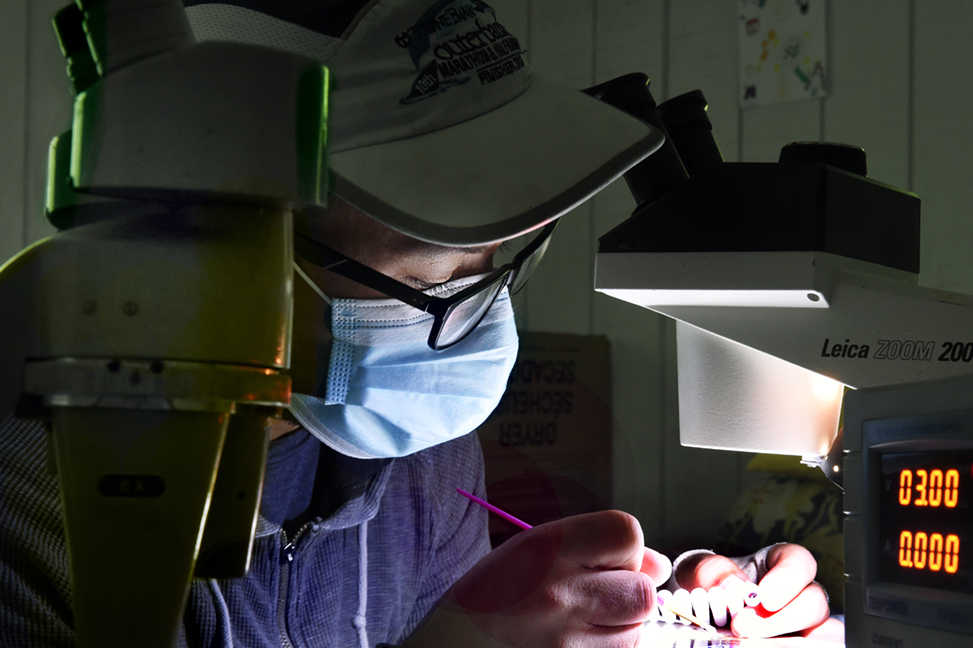 How do genomes differ? Why do some species go extinct while others flourish? How do things change over time?  The field of evolutionary genetics is packed with big questions.

“It sometimes feels like we’re working in the realm of philosophy more than science,” said Daniel Matute, an associate professor of biology in UNC’s College of Arts & Sciences.

With the advent of genomic sequencing, Matute and other evolutionary geneticists are beginning to find answers to extraordinary questions.

“It’s only in the last 10 years or so that we’ve developed the tools to begin answering these questions,” Matute said. “We just need to get the data.”

The Matute Lab is committed to doing that. By examining hybrid zones (areas where species interbreed in nature) around the world, Matute and his team hope to better understand the frequency and evolutionary consequences of gene exchange. For example, the hybrid zones for the grizzly bear and polar bear would be the geographic regions where the two are coming into contact.

“Many of the current hybrid zones — although not all of them — are influenced by human activity,” Matute said. “It’s quite common on islands where endemic flora and fauna exist, and then humans bring in an invasive species.”

In his lab at UNC, Matute and his students often crossbreed fruit flies, but the results vary. “It depends on the species,” he said. “When you cross fruit flies, usually the females are fertile, but the males are infertile.”

They also examine hybridization between pathogens — an area of study that could provide vital information in a world wracked by a pandemic.

Whether it’s plants, animals or viruses, geneticists conduct sequencing using similar techniques. “The more we do genomic analysis, the easier it will become to answer some of the big questions,” Matute said.

Big questions have intrigued Matute since he was a teenager. Looking back, he can’t pinpoint exactly what inspired him, but he decided when he was about 15 that he wanted to pursue a career in genetics. With limited options in his native country of Colombia, he came to the United States for graduate school — a choice that proved to be more challenging than Matute expected.

Despite the challenges, Matute completed his Ph.D. and postdoc at the University of Chicago. He joined the biology department at UNC-Chapel Hill in 2014.

As a professor, Matute recognizes the value of challenging his students. In his “Idea of Race” course, which he co-teaches with a linguist and an ethnomusicologist, students learn why race is not a viable human biological concept.

Much of the class revolves around writing and critical thinking. “Developing those skills now is more critical than ever,” Matute said. “More people should be able to approach data with a critical eye.”

Matute recognizes that many of the students in his population genetics course may not use the complex mathematical formulas after they complete their degrees. But memorizing formulas isn’t the point — it’s about developing and strengthening their mindsets.

“In science, it’s really important to be resilient,” he said. “Papers are rejected a lot. You’re going to be told ‘no’ all the time. You just have to keep going.”