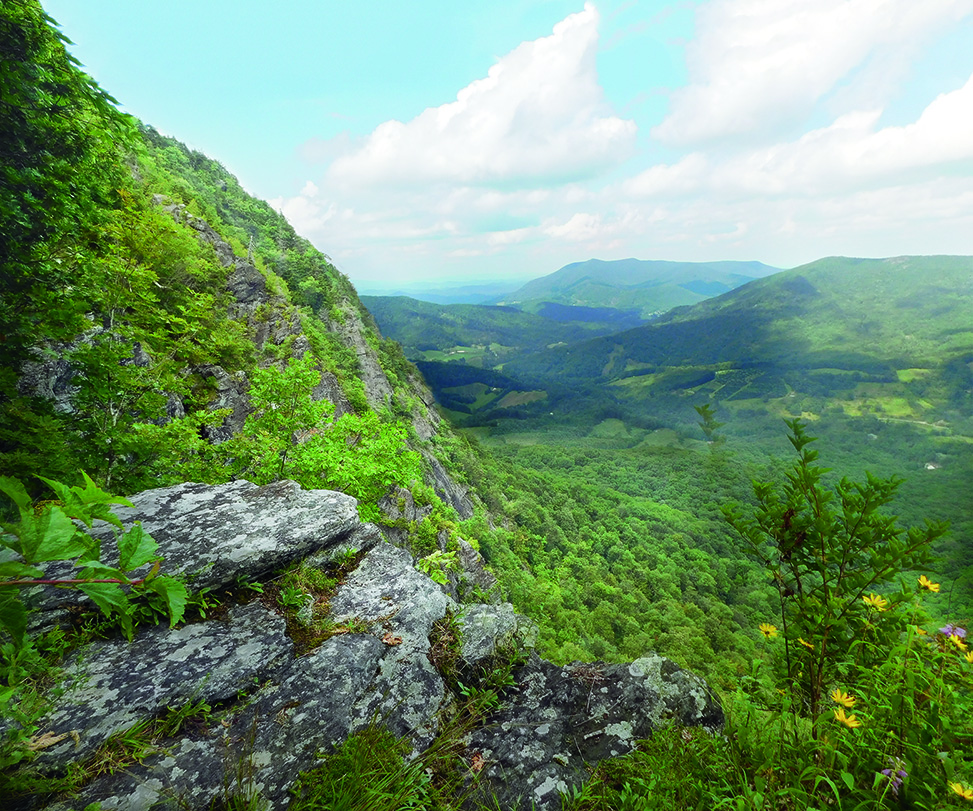 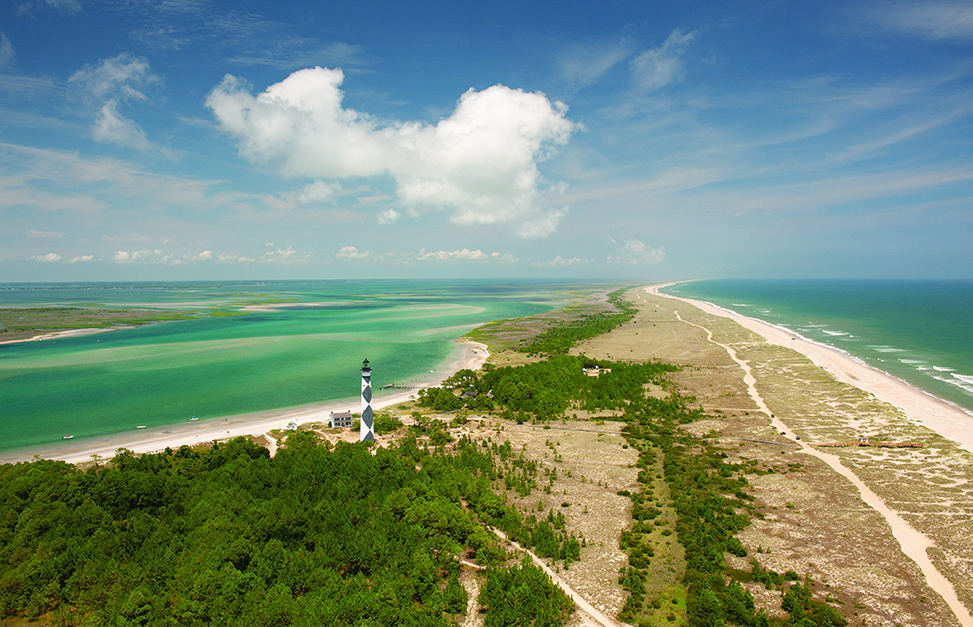 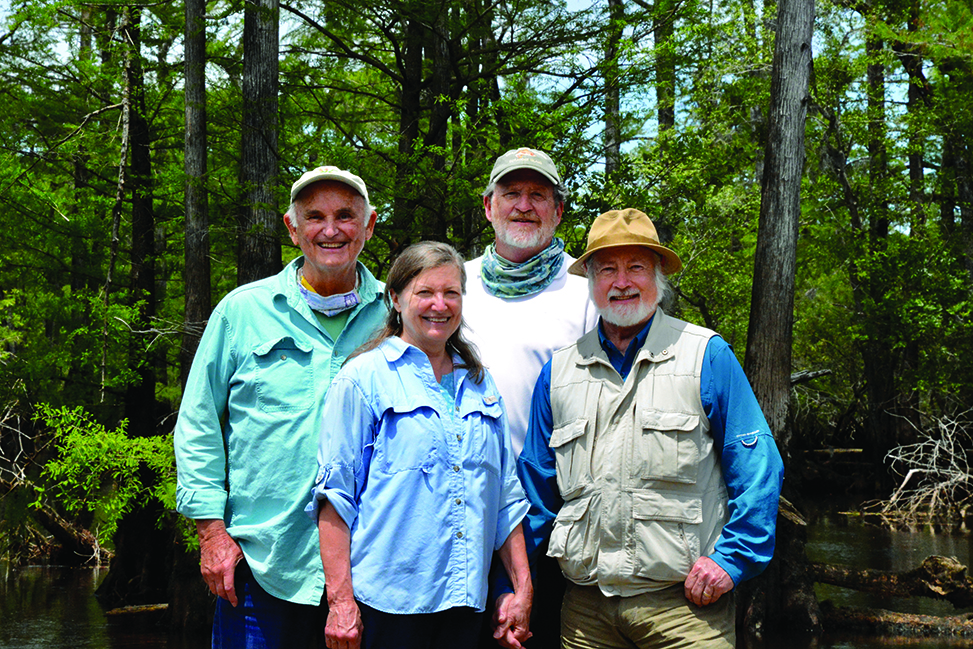 Places in My Heart

North Carolina, the Old North State, is an ocean wave breaking, a fiddler sawing away in the mountain night, a hundred Ayrshire milk cows lowing in a Piedmont dawn, the sound burst of a B3 organ and joyful voices raised in song beyond the stained-glass windows of a city church. It is a line of sandbars, some nearly thirty miles out into the Atlantic Ocean, some less than a mile from the mainland; a set of broad, flat terraces, vast farmlands, and timber stands broken by willow-clad rivers both black-water and brown and by their deep gum and cypress swamps, occasional bluffs, and green and golden marshes; a host of hills made of red clay and sand, growing pines called loblolly and longleaf, oaks called white and red and turkey and blackjack, red maples and river birches, and hickories with shaggy bark; and then a profusely eruptive land of tall folds upon folds, peaks, ridges and rocky tops, domes, cliffs, grassy balds, and gorges, a host of mile-high mountains, too, with a vast quilt of blue haze laid out over it all. 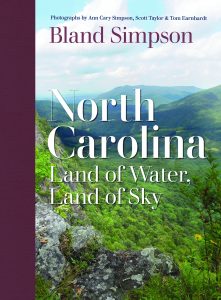 ere is my first lingering memory of North Carolina, for home meant water in the Pasquotank County ditches, in the yards flooded with hurricane rain, in the creeks and lagoons, in our river and the sound below, and, always, in the endless deep blue ocean beyond. At times, my family was a set of westbound travelers with a hilltop lookout over a great range of fields and forests, the two-lane blacktop undulating over long stretches, ribbonlike toward Chapel Hill, and when we reached this terrain in late afternoon, the low western sun would be saturating the clay of those roadcuts, a rich, deep, ocherous color I could never look away from, knowing we had left the sound country and were now in a very different place, gliding into the hills of Carolina through long, topless tunnels of red clay. A few years later, I was among a group of men and boys in three cars pulling canoes up and over the Blue Ridge, and then we all saw, many of us for the first time, the high blue mountains that were even bigger and taller than the men had said and that went on forever. As our small caravan passed Asheville at sunset, I could hardly believe at twelve what a vast province North Carolina was and how long it would take — how many journeys and returnings there must be — before I would have even the very beginning of a sense of it.

If this is a tale of stories, sights, and glimpses drawn from a relentless traveling presence over many a year, pray let it be, for a lifetime of music, teaching, theater, literature, and conservation has carried Ann and me, and Scott and Tom too, all across our great state. Let it be a world of powerful passing looks at handmade Canada goose whirligigs at Powell’s Point in Currituck, at a biplane crop duster in a hangar just waiting to fire up its Pratt and Whitney engine and take to the air down in Scotland County below Laurinburg, at cloud-enshrouded Chimney Rock almost invisibly towering over Lake Lure in Rutherford County out west, and at the fall and flow of water everywhere. From sea level to sky-high, from pickles to peaches and cabbage to corn bread, here’s to the land: North Carolina.

Excerpt from North Carolina: Land of Water, Land of Sky (UNC Press) by Bland Simpson, with photographs by Ann Cary Simpson, Scott Taylor and Tom Earnhardt. Simpson is Kenan Distinguished Professor of English and Creative Writing. Read more books by College faculty and alumni, and enjoy our monthly “Bookmark This” feature at college.unc.edu.