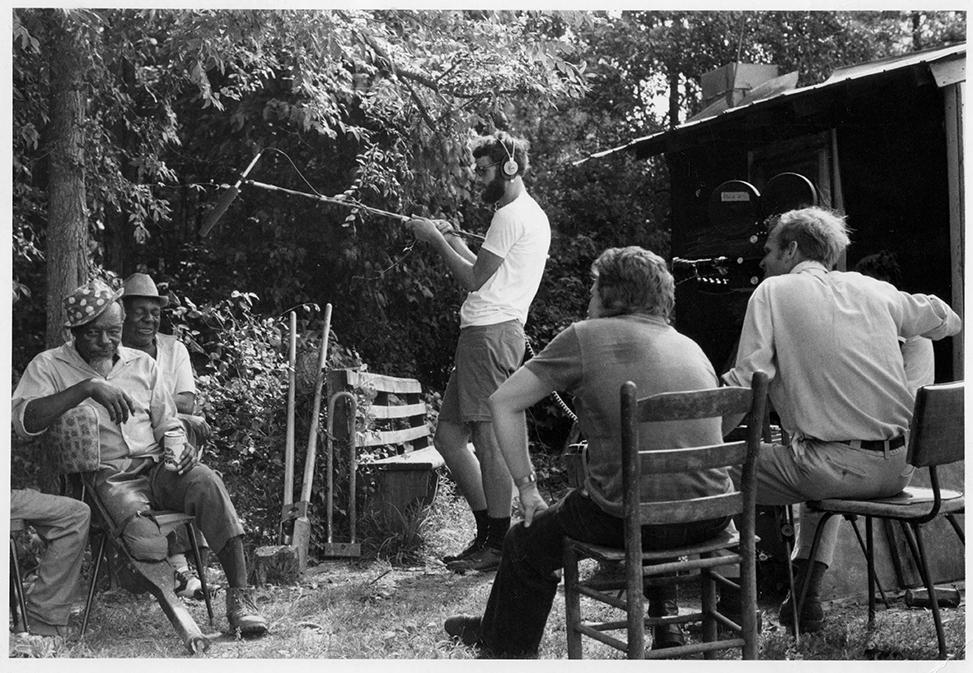 Students conduct interviews as part of the folklore curriculum in 1975. Christopher “Kip” Lornell (M.A. folklore ’77) is holding the boom mic for an interview with the last black medicine-show performer, Arthur “Peg Leg Sam” Jackson, who was featured in the documentary Born for Hard Luck.

The curriculum in American studies began in 1967-68 and was one of the first interdisciplinary programs at UNC. It became a department in 2008. However, one of its concentrations, folklore, dates to 1940, when Carolina was the first institution in the nation to offer a graduate degree in that discipline.

Do you have memories of your time in folklore, American studies or conducting oral history interviews? Email us your stories at college-news@unc.edu. (Photo courtesy of North Carolina Collection Photographic Archives, University Libraries)