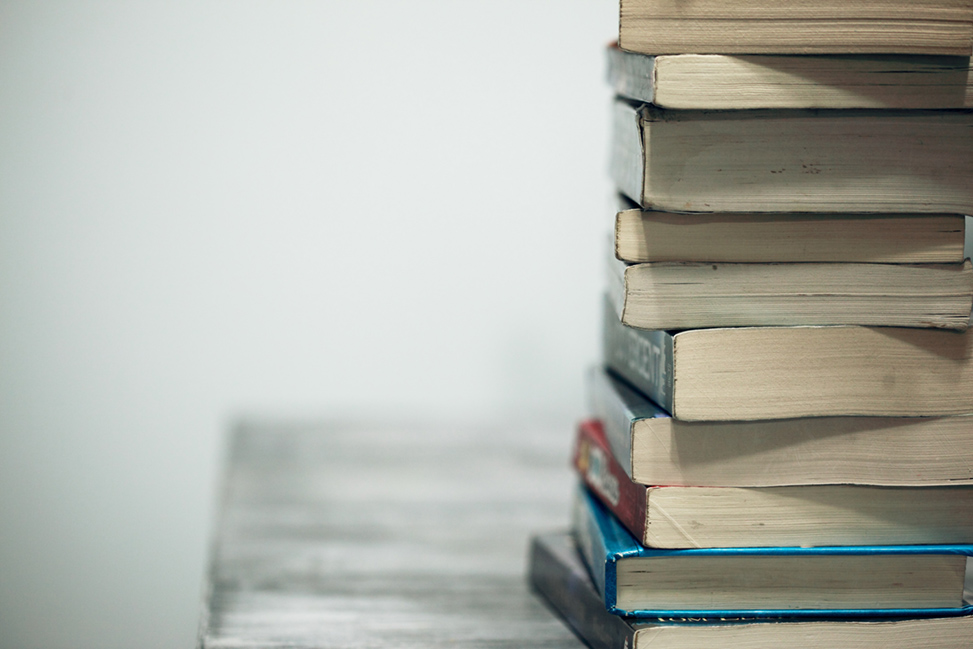 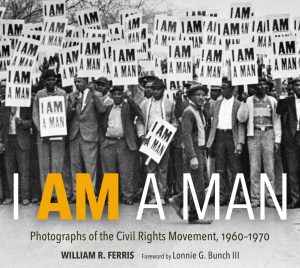 I Am a Man: Photographs of the Civil Rights Movement, 1960-1970 (University Press of Mississippi, February 2021) by William R. Ferris, the Joel R. Williamson Eminent Professor of History Emeritus and senior associate director emeritus of the Center for the Study of the American South. The photographs in Ferris’ book bear witness to the courage of protestors who faced unimaginable violence and brutality. Protestors in these photographs generated the mighty leverage that eventually transformed a segregated South.

Performing Commemoration: Musical Reenactment and the Politics of Trauma (University of Michigan Press, October 2020) by Annegret Fauser and Michael A. Figueoroa. Fauser is Cary C. Boshamer Distinguished Professor of Music and Figueoroa is assistant professor of music. Performing Commemoration looks at the roles music can play in public commemorations of traumatic events that range from the Armenian genocide and World War I to contemporary violence in the Democratic Republic of the Congo and the #sayhername protests.

Sting & Religions: The Catholic-Shaped Imagination of a Rock Icon (Cascade Books, January 2021) by Evyatar Marienberg, associate professor of religious studies. On the back cover of one of his most groundbreaking solo albums, Nothing Like the Sun of 1987, Sting somberly stands close to a statute of Mary, the mother of Jesus. The photograph encapsulates two pillars of this book: a microhistory of a specific British Catholic parish and the impact that growing up there had on Sting’s artistic output. 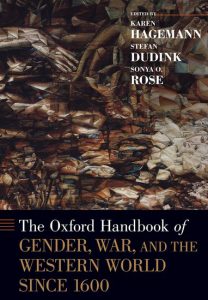 The Oxford Handbook of Gender, War and the Western World Since 1600 (Oxford University Press, November 2020) edited by Karen Hagemann, James G. Kenan Distinguished Professor of History, Stefan Dudnik and Sonya O. Rose.. This volume provides a comprehensive historical overview of the entangled relationships between gender, war and military culture. To date, the history of military and war has focused predominantly on men as historical agents. Thirty-two essays by leading international scholars explore the cultural representation of war and the military, war mobilization and war experiences at home and on the battlefront.

Market Power Politics (Oxford University Press, February 2021) by Stephen E. Gent and Mark J.C. Crescenzi. Gent is associate professor of political science and director of undergraduate studies. Crescenzi is Nancy Hanes White Distinguished Professor and chair of political science. How are the Iraqi invasion of Kuwait, the Russian incursions into Ukraine and Georgia, and China’s occupation of islands in the South China Sea related? All three of these important moments in modern history were driven by the motivation to capture market power. The authors develop a new theory of market power politics that explains when and why states will delay cooperation or even fight wars in pursuit of this elusive goal.

Oklahoma! The Making of an American Musical, Revised and Expanded Edition (Oxford University Press, September 2020) by Tim Carter, David G. Frey Distinguished Professor of Music. First published in 2007, Oklahoma!  tells the full story of the beloved Rodgers and Hammerstein musical. In this new edition, Carter draws further on recently released sources, including the Rouben Mamoulian Papers at the Library of Congress, with additional correspondence, contracts and even new versions of the working script used — and annotated — throughout the show’s rehearsal process. 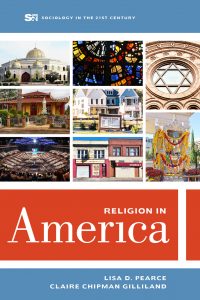 Religion in America (University of California Press, August 2020) by Lisa D. Pearce and Claire Chipman Gilliland. Pearce is the Zachary Smith Distinguished Term Professor of Sociology; Gilliland is a Ph.D. candidate in sociology. Religion in America probes the dynamics of recent American religious beliefs and behaviors. Charting trends over time using demographic data, this book examines how patterns of religious affiliation, service attendance and prayer vary by race and ethnicity, social class and gender. The authors identify demographic processes such as birth, death and migration, as well as changes in education, employment and families, as central to why some individuals and congregations experience change in religious practices and beliefs while others hold steady.

Living on the Edge: An American Generation’s Journey through the Twentieth Century (University of Chicago Press, February 2021) by Glen H. Elder Jr., Lisa D. Pearce and Richard A. Settersten Jr. Elder is the Howard W. Odum Distinguished Research Professor of Sociology; Pearce is the Zachary Smith Distinguished Term Professor of Sociology. When we think of the radical changes that transformed America during the 20th century, our minds most often snap to the ‘50s and ‘60s: the Civil Rights Movement, changing gender roles and new economic opportunities all point to a decisive turning point. But these were not the only changes that shaped our world, and in Living on the Edge, we learn that rapid social change and uncertainty also defined the lives of Americans born at the turn of 20th century. 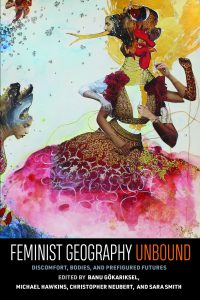 Feminist Geography Unbound: Discomfort, Bodies and Prefigured Futures (West Virginia University Press, March 2021) edited by Banu Gökarıksel, Michael Hawkins, Christopher Neubert and Sara Smith. Gökarıksel is a professor of geography and global studies, Smith is an associate professor of geography, Hawkins and Neubert are graduate students in geography.  The book is a call to action — to expand imaginations and to read and travel more widely and carefully through terrains that have been cast as niche. Drawing on diverse theoretical backgrounds and a range of field sites, contributors consider how race, gender, citizenship and class often determine who feels comfort and who is tasked with producing it.

The Prettiest Star (Hub City Press, April 2020) by Carter Sickels (M.A. folklore ’10). The story of Brian’s return to small-town Ohio is told in a chorus of voices: Brian’s mother Sharon; his 14-year-old sister, Jess, as she grapples with her brother’s mysterious return; and the video diaries Brian makes to document his final summer. Written in prose that seeks “to answer without flinching away from ugliness and without demonizing the ignorant” (Salon), The Prettiest Star offers an urgent portrait of a family in the center of a national crisis, in order to tell a unique story about the politics and fragility of the body, and to explore the bounds of family and redemption. The book won the 2021 Southern Book Prize in fiction. 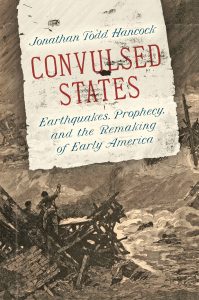 Convulsed States: Earthquakes, Prophecy, and the Remaking of Early America (UNC Press, April 2021) by Jonathan Todd Hancock (M.A. history ’09, Ph.D. history ’13). The New Madrid earthquakes of 1811–12 were the strongest temblors in the North American interior in at least the past five centuries. A broad cast of thinkers struggled to explain these seemingly unprecedented natural phenomena. Drawn from extensive archival research, Convulsed States probes their interpretations to offer insights into revivalism, nation remaking and the relationship between religious and political authority across Native nations and the United States in the early 19th century.

Romancing the Birds and Dinosaurs: Forays in Postmodern Paleontology (Brown Walker Press, November 2020) by Alan Feduccia, S.K. Heninger Distinguished Professor Emeritus of Biology. Birds and dinosaurs have dominated human interest for decades. In this revolutionary view of the field, critical questions are explored with credible evidence and biological thought. Are birds derived directly from advanced dinosaurs, or are they closely related dinosaur cousins? Did flight originate via the natural “gravity-assisted” trees-down model, or from the improbable “gravity-resisted” ground-up model? Were the earliest birds ground-predators or trunk-climbing gliders? Were dinosaurs hot-blooded with insulating protofeathers, or highly active, cold-blooded reptiles? These are among the questions addressed in Feduccia’s path-breaking book. Read a story on the book in The Well. 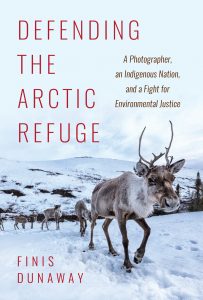 Defending the Arctic Refuge: A Photographer, an Indigenous Nation, and a Fight for Environmental Justice (UNC Press, May 2021) by Finis Dunaway (B.A. history ’93). The Arctic National Wildlife Refuge, considered sacred by Indigenous peoples in Alaska and Canada and treasured by environmentalists, provides life-sustaining habitat for caribou, polar bears, migratory birds and other species. For decades, though, the fossil fuel industry and powerful politicians have sought to turn this unique ecosystem into an oil field. Defending the Arctic Refuge tells the improbable story of how the people fought back and traces the history of a movement that is alive today — and that will continue to galvanize diverse groups to safeguard this threatened land.

Beethoven: Variations on a Life (Oxford University Press, August 2020) by Mark Evan Bonds, Cary C. Boshamer Distinguished Professor of Music. Despite the ups and downs of his personal life and professional career-even in the face of deafness-Beethoven remained remarkably consistent in his most basic convictions about his art. The iconic scowl so familiar from later images of the composer is but one of many attitudes he could assume and project through his music. Discarding tired myths about the composer, Bonds proposes a new way of listening to Beethoven by hearing his music as an expression of his entire self, not just his scowling self. 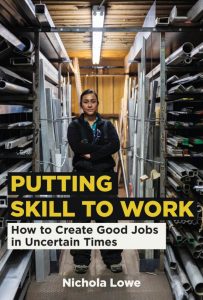 Putting Skill to Work: How to Create Good Jobs in Uncertain Times (MIT Press, March 2021) by Nichola Lowe, professor of city and regional planning. The United States has a jobs problem —not enough well-paying jobs to go around and not enough clear pathways leading to them. Lowe tells the stories of pioneering workforce intermediaries — nonprofits, unions, community colleges — that harness this ambiguity around skill to extend economic opportunity to workers at the bottom of the labor market.

The Bird-Friendly City: Creating Safe Urban Habitats (Island Press, November 2020) by Timothy Beatley (M.A. political science ’85, Ph.D. city and regional planning ’86). Beatley is the Teresa Heinz Professor of sustainable communities at the University of Virginia School of Architecture. How does a bird experience a city? A backyard? A park? As the world has become more urban, noisier from increased traffic and brighter from streetlights and office buildings, it has also become more dangerous for countless species of birds. Beatley, a longtime advocate for intertwining the built and natural environments, takes readers on a global tour of cities that are reinventing the status quo with birds in mind.

Bewilderness (Catapult Books, June 2021) by Karen Tucker, teaching assistant professor of English and comparative literature. Set in rural, poverty-stricken North Carolina, this “beautiful, gritty and piercing” novel follows two young women — best friends — as they “journey through the highs and lows of friendship, love and addiction.” Told in a riveting dialogue between the girls’ addicted past and their hopes for a better future, Bewilderness is not just a funny, heartbreaking novel about opioid abuse, it’s a moving look at how intense, intimate friendships can shape every young woman’s life.

PlayMakers Repertory Company: A History (UNC Press, May 2021) by Bobbi Owen and Adam Versényi. Owen is the Michael R. McVaugh Distinguished Professor of Dramatic Art and has been the resident costume designer for PlayMakers since its inception. Versényi has been chair of the department of dramatic art since 2014 and is senior dramaturg for PlayMakers. The book celebrates nearly 50 years of the professional theater company founded at the University of North Carolina at Chapel Hill in 1975. With six essays, more than 80 images, and four appendices that list productions, faculty, MFA recipients and administrative leadership, this book richly documents a beloved and widely admired dramatic arts institution.

The Intersector: How the Public, Nonprofit, and Private Sectors Can Address America’s Challenges (Brookings Institution Press, June 2021), edited by Daniel P. Gitterman and Neil Britto. Gitterman is Duncan MacRae ’09 and Rebecca Kyle MacRae Professor and chair of public policy. Britto was executive director and co-founder of The Intersector Project, now an initiative of the Aspen Institute. With the nation reeling from multiple challenges, more than ever the United States needs the public, nonprofit and private sectors to collaborate to address what might seem to be intractable problems. Cross-sector collaborations and partnerships are more crucial than in the past as the country tries to recover from the economic, health and broad social dislocations caused by the COVID-19 pandemic. This book shows how cross-sector collaborations can help ensure a brighter future.