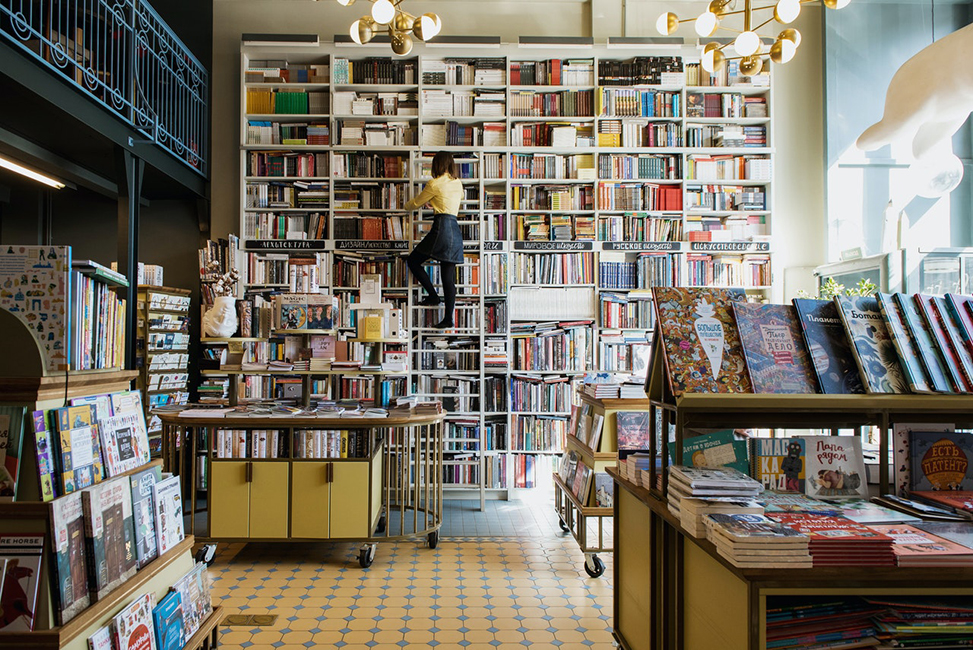 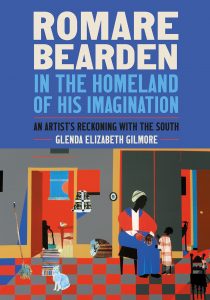 Romare Bearden in the Homeland of His Imagination: An Artist’s Reckoning with the South (UNC Press, May 2022) by Glenda Elizabeth Gilmore (Ph.D. history ’92), professor of history emerita at Yale University. Romare Bearden (1911–1988), one of the most prolific, original and acclaimed American artists of the 20th century, richly depicted scenes and figures rooted in the American South and the Black experience. Gilmore revises and deepens our appreciation of Bearden’s place in the artistic canon and our understanding of his relationship to southern, African American and American cultural and social history. 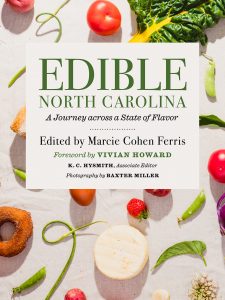 farmers, chefs, entrepreneurs, scholars and food activists to offer a deeply immersive portrait of North Carolina’s contemporary food landscape. Documenting disparities among people’s access to food and farmland, Edible North Carolina shows how culinary excellence, entrepreneurship and the struggle for racial justice converge in shaping food equity, not only for North Carolinians, but for all Americans.

The Unfinished Business of Unsettled Things: Art from an African American South (UNC Press, June 2022) edited by Bernard L. Herman, George B. Tindall Distinguished Professor of Southern Studies and Folklore. The book invites readers into a growing, dynamic conversation among scholars and critics around a vibrant community of artists from the African American South. This collection of creative makers includes familiar figures, such as Thornton Dial Sr., Lonnie Holley, and quiltmakers Nettie Young and Mary Lee Bendolph, whose work is collected in major museum and private collections. The artists represented extend to lesser-known but equally compelling creators working across a wide range of artistic forms, themes and geographies.

Surfing the South: The Search for Waves and the People Who Ride Them (UNC Press, May 2022) by Steve Estes (Ph.D. history ’02). Estes undertook a journey that stretched more than 2,300 miles, traveling from the coast of Texas to Ocean City, Maryland. Along the way he interviewed and surfed alongside dozens of people — wealthy and poor, men and women, Black and white — all of whom opened up about their lives, how they saw themselves and what the sport means to them. From these varied and surprising stories emerge a complex, sometimes troubling, but nevertheless beautiful picture of the modern South and its people. 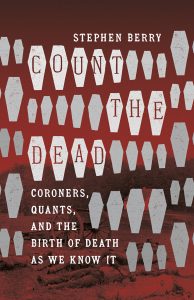 Count the Dead: Coroners, Quants, and the Birth of Death as We Know It (UNC Press, May 2022) by Stephen Berry (M.A. history ’93, Ph.D. history ’00). In 1850, Americans died at an average age of 30. Today, the average is almost 80. Examining the development of death registration systems in the United States — from the first mortality census in 1850 to the development of the death certificate at the turn of the century — Count the Dead  argues that mortality data transformed life on Earth, proving critical to the systemization of public health, casualty reporting and human rights.

These Ragged Edges: Histories of Violence along the U.S.-Mexico Border (UNC Press, July 2022) by Andrew J. Torget and Gerardo Gurza-Lavalle (Ph.D. history ’08). Through multiple perspectives from both sides of the border, the collected essays in These Ragged Edges argue that rapidly changing conditions along the U.S.-Mexico border through the 19th centuries have powerfully shaped the ebb and flow of conflict within the region. By diving deeply into diverse types of violence, contributors dissect the roots and consequences of border violence across numerous eras, offering a transnational analysis of how and why violence has affected the lives of so many inhabitants on both sides of the border. 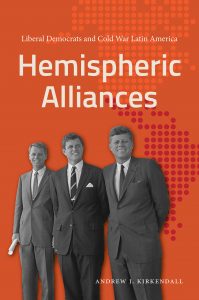 A History of North Carolina in the Proprietary Era, 1629-1729 (UNC Press, May 2022) by Lindley S. Butler (B.A. history ’61, M.A. history ’64, Ph.D. history ’71). In this book, Butler traverses often-noted but little understood events in the political and social establishment of the Carolina colony. He argues that unlike the New England theocracies and Chesapeake plantocracy, the isolated colonial settlements of the Albemarle — the cradle of today’s North Carolina — saw their power originate neither in the authority of the church nor in wealth extracted through slave labor, but rather in institutions that emphasized political, legal and religious freedom for white male landholders. He provides the first comprehensive history of the proprietary era in North Carolina since the 19th century, offering a substantial and accessible reappraisal of this key historical period.

Valley of Want (Unicorn Press, January 2022) by Ross White, teaching assistant professor of creative writing in the department of English and comparative literature. Valley of Want is a song in celebration of the difficulty of naming, of seeing, of putting one’s finger on the elusive thing one feels is true. Graceful and witty, these poems are grounded in the thrilling stillness of nature and the contours of human connection through our self-performances, through our monsters, 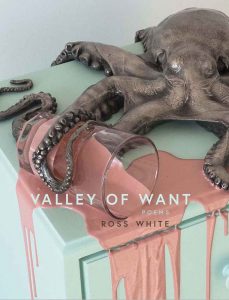 through our stories, through the language that makes us unmistakably ourselves. Read our “Bookmark This” feature on Valley of Want.

The Dramaturgy of Space (Bloomsbury Publishing, February 2022) by Ramón Griffero (author), Adam Versényi (translator). Versényi is chair of the department of dramatic art. In Griffero’s seminal work, the playwright and director describes his aesthetic philosophy and theoretical approach to theatrical creation, illustrating his theory through practical application in a series of exercises. Published here in English for the first time, in a translation by the leading expert on Griffero, The Dramaturgy of Space reveals the internationally renowned Chilean artist’s thought process, and how his practice has influenced the theatrical, political and social context, from the Pinochet dictatorship to the present day. 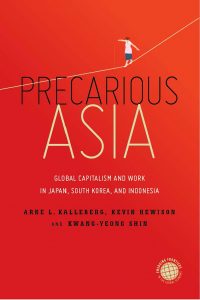 Asian countries: Japan, South Korea and Indonesia. Precarious work refers to work that is uncertain, unstable and insecure and in which employees bear the risks of work (as opposed to businesses or the government). This book reveals how precarious work ultimately contributes to increasingly high levels of inequality and condemns segments of the population to chronic poverty and many more to livelihood and income vulnerability. Read our Bookmark This feature on Precarious Asia.

Prague: Belonging in the Modern City (Harvard University Press, May 2021) by Chad Bryant, associate professor of history. Bryant tells the stories of five marginalized individuals who, over the last two centuries, forged their own notions of belonging in one of Europe’s great cities. An aspiring guidebook writer, a German-speaking newspaperman, a Bolshevik carpenter, an actress of mixed heritage who came of age during the Communist terror and a Czech-speaking Vietnamese blogger speak to tensions between exclusionary nationalism and on-the-ground diversity. In their struggles against alienation and dislocation, they forged alternative communities in cafes, workplaces and online. Prague envisions how cohesion and difference might coexist as it acknowledges a need common to all. 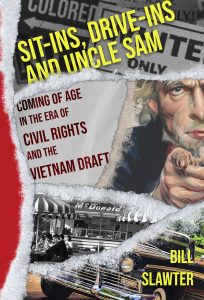 The Sewing Girl’s Tale: A Story of Crime and Consequences in Revolutionary America (Macmillan Publishers, July 2022) by John Wood Sweet, associate professor of history. Renowned historian Sweet offers a riveting Revolutionary Era drama that tells the story of Lanah Sawyer, the first rape trial on record in American history, and the fault lines of class privilege and gender bias that it exposed, showing how much has changed over two centuries and how much has not. Ultimately, Sawyer’s tale reminds us that if our law and our culture were changed by a persistent young woman and the power of words two hundred years ago, they can be changed again.

The Urge: Our History of Addiction (Penguin Press, January 2022) by Carl Erik Fisher (B.A. biology and music ’03). An authoritative, illuminating and deeply humane history of addiction — a phenomenon that remains baffling and deeply misunderstood despite having touched countless lives — by an addiction psychiatrist striving to understand his own family and himself. The Urge is at once an eye-opening history of ideas, a riveting personal story of addiction and recovery, and a clinician’s urgent call for a more expansive, nuanced and compassionate view of one of society’s most intractable challenges.

Sit-Ins, Drive-Ins and Uncle Sam: Coming of Age in the Era of Civil Rights and the Vietnam Draft (Atmosphere Press, November 2021) by Bill Slawter (English ’68, JD ’73). Rev up your engine, turn up your AM radio and take a spin into the 1960s. Cruise drive-in restaurants and theaters, enjoy pop music and grab a front-row seat to the civil rights movement in Greensboro, North Carolina. One reviewer wrote: “Slawter depicts his North Carolina youth in two competing ways: his nostalgia for his innocent, joyful high school days and his ‘lingering sense’ that he did not do enough to reckon with injustice.”

The Land of Short Sentences (World Editions Ltd., January 2022) by Stine Pilgaard, translated by Hunter Simpson (English ’07). A young woman relocates to an outlying community in West Jutland, Denmark, and is forced to find her way, not only in the bewildering environment of the local high school where her partner has been hired to teach, but also in the inscrutable conversational forms of the local population. And on top of it all there’s the small matter of juggling her roles as mother to a newborn baby and advice columnist in the local newspaper.

Before the Big Bang: The Origin of Our Universe from the Multiverse (Harper Collins/Vintage Penguin, July 2022) by Laura Mersini-Houghton, professor of physics and astronomy. What came before the Big Bang, and what exists outside of the universe it created? Until recently, scientists could only guess at what lay past the edge of spacetime. But as pioneering theoretical physicist Mersini-Houghton explains, today new scientific tools are giving us the ability to peer beyond the limits of our universe and test our theories about what is there. In Before the Big Bang, she interweaves the story of how she arrived at her breakthrough insights with that of her journey from communist Albania to the United States on a Fulbright Scholarship.

Enjoy an excerpt from Land of Water, Land of Sky (UNC Press) by Bland Simpson in our Chapter & Verse spring 2022 feature.