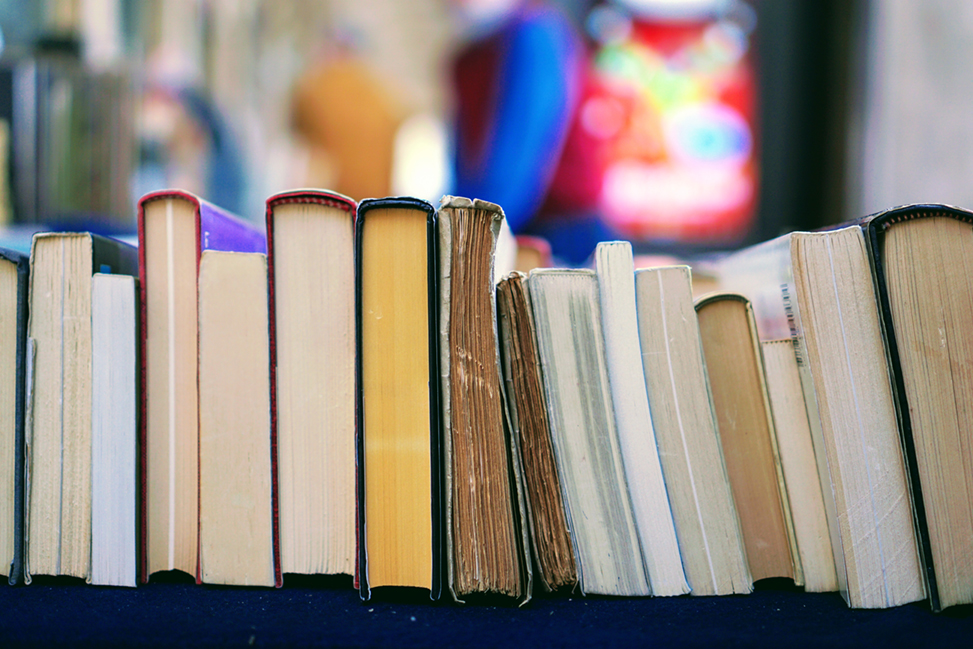 If I Had Two Wings: Stories (W. W. Norton & Company, August 2020) by the late Randall Kenan, professor of creative writing. Mingling the earthy with the otherworldly, these 10 stories set in Kenan’s fictional town of Tims Creek, North Carolina, chronicle ineffable events in ordinary lives. Tayari Jones, author of An American Marriage, wrote: “These unforgettable characters cannot be confined to a page. They are real; they are flawed; they are beautifully human. Each gorgeous story contains a world in miniature and a human spirit in full flower.”

Geographies of Embodiment in Early Modern England (Oxford University Press, May 2020) by Mary Floyd-Wilson, chair and Bowman and Gordon Gray Distinguished Term Professor of English and comparative literature, and Garrett A. Sullivan. Geographies of Embodiment in Early Modern England introduces readers to major scholars in the field of early modern geography and embodiment in literature and culture, and it provides new readings of canonical literature, including Edmund Spenser, William Shakespeare and John Milton.

Populist and Progressives: the New Forces in American Politics (World Scientific Publishing, June 2020) by Steven Rosefielde, professor of economics. Rosefielde’s new book alerts readers to dramatic changes in the ideological and political structure of America’s Democratic and Republican parties roiling Washington and shaping the 2020 presidential election. He reveals that most contemporary American political commentary is intensely partisan and relies on obsolete notions of Democrat and Republican party doctrine and rivalry.

Legislating Gender and Sexuality in Africa: Human Rights, Society and the State (University of Wisconsin Press, May 2020) by Lydia Boyd, associate professor of African, African American and diaspora studies, and Emily Burrill, associate professor of women’s and gender studies and director of the African Studies Center. Harri Englund of the University of Cambridge writes: “The excellent studies assembled here show that gender relations and sexuality pose unforeseen challenges to both the theory and the practice of human rights.” The book was named a Most Anticipated Book of June 2020/Pride 2020 by Lambda Literary.

Foundations of Global Health and Human Rights (Oxford University Press, July 2020) by Benjamin Mason Meier, associate professor of public policy and global health, and Lawrence O. Gostin. Meier’s latest book applies fundamental human rights to leading public health threats and analyzes human rights challenges in a rapidly globalizing world. As policymakers continue to falter in the pandemic response, as they push away the unimaginable, this textbook clarifies how interdisciplinary scholarship will be crucial to securing a future of global health with justice. Read more in this “Bookmark This” feature.

The Shape of Family: A Novel (William Morrow, March 2020) by Shilpi Somaya Gowda (economics, international studies ’92). The Olander family embodies the modern American Dream in a globalized world. Jaya, the cultured daughter of an Indian diplomat and Keith, an ambitious banker from middle-class Philadelphia, meet in a London pub in 1988 and make a life together in suburban California. But love and prosperity cannot protect them from sudden, unspeakable tragedy, and the family’s foundation cracks as each member struggles to seek a way forward.

Doctors’ Orders: The Making of Status Hierarchies in an Elite Profession (Columbia University Press, July 2020) by Tania M. Jenkins, assistant professor of sociology. Doctors’ Orders offers a groundbreaking examination of the construction and consequences of status distinctions between physicians before, during and after residency training. Jenkins spent years observing and interviewing American, international and osteopathic medical residents in two hospitals to reveal the unspoken mechanisms that are taken for granted and that lead to hierarchies among supposed equals.

I Don’t Like the Blues: Race, Place and the Backbeat of Black Life (UNC Press, December 2020) by B. Brian Foster (M.A. ’03, Ph.D. ’17 sociology). In this illuminating work, Foster takes us where not many blues writers and scholars have gone: into the homes, memories, speculative visions and worlds of Black folks in contemporary Mississippi to hear what they have to say about the blues and all that has come about since their forebears first sang them.

Legendborn (Margaret K. McElderry Books, September 2020) by Tracy Deonn (B.A. ’05, M.A. ’07 communication studies). After her mother dies in an accident, 16-year-old Bree Matthews wants nothing to do with her family memories or childhood home. A residential program for bright high-schoolers at UNC–Chapel Hill seems like the perfect escape — until Bree witnesses a magical attack her very first night on campus. Kirkus writes: “Don’t look over sea or under stone, this is the fantasy novel for all once and future fans of suspense-filled storytelling.”

A Higher Mission: The Careers of Alonzo and Althea Brown Edmiston in Central Africa (University Press of Kentucky, October 2020) by Kimberly D. Hill (M.A. ’04, Ph.D. ’08 history). Hill critically analyzes the colonial history of central Africa through the perspective of two African American missionaries: Alonzo Edmiston and Althea Brown Edmiston. The pair met and fell in love while working as a part of the American Presbyterian Congo Mission.

To Have and to Hoax: A Novel (Atria Books, April 2020) by Martha Waters (history and international studies ’11, master’s in information and library science ’14). In this fresh and hilarious historical rom-com, an estranged husband and wife in Regency England feign accidents and illness in an attempt to gain attention — and maybe just win each other back in the process. To Have and To Hoax was named a “Best Romance of April” by Goodreads, Popsugar, Bustle and more.

Movie-Made Appalachia: History, Hollywood, and the Highland South (UNC Press, November 2020) by John C. Inscoe (M.A. ’80, Ph.D. ’85 history). Surveying some two dozen films and the literary and historical sources from which they were adapted, Inscoe argues that in the American imagination Appalachia has long represented far more than deprived and depraved hillbillies. Inscoe demonstrates the cumulative effect of analyzing films in terms of shared themes and topics to convey far more generous insights into Appalachia and its history than one would have expected to emerge from southern California’s “dream factory.” 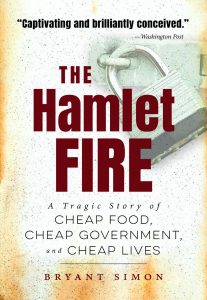 The Hamlet Fire: A Tragic Story of Cheap Food, Cheap Government, and Cheap Lives (UNC Press, September 2020) by Bryant Simon (B.A. ’83, Ph.D. ’92 history). By the 1970s, the small town of Hamlet, North Carolina had become a magnet for businesses in search of cheap labor and almost no oversight. Imperial Food Products was one of those businesses. On Sept. 3, 1991, the never-inspected chicken-processing plant burst into flames. Simon has constructed a vivid, potent and disturbing social autopsy of this town, this factory and this time that exposes how cheap labor, cheap government and cheap food came together in a way that was destined to result in tragedy.

Lyrical Strains: Liberalism and Women’s Poetry in Nineteenth-Century America (UNC Press, November 2020) by Elissa Zellinger (M.A. ’06, Ph.D. ’13 English). In this book, Zellinger analyzes both political philosophy and poetic theory in order to chronicle the consolidation of the modern lyric and the liberal subject across the long 19th century. This project offers a new approach to genre and gender that will help shape the field of 19th-century American literary studies.

The Perfecting of Nature: Reforming Bodies in Antebellum Literature (UNC Press, November 2020) by Josh Doty (Ph.D. ’16 English). The 19th century saw a marked change in how Americans viewed and understood the human form. From the transcendentalists’ idealized concept of self to the rise of Darwinian theory after the Civil War, the era and its writers redefined the human body as both deeply reactive and malleable. These new ways of thinking about the body’s responsiveness to its surroundings enabled exercise fanatics, cold-water bathers, cookbook authors and everyday readers to understand the tractable body as a way to reform the United States at the physiological level. 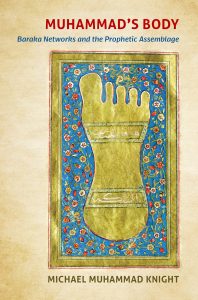 Muhammad’s Body: Baraka Networks and the Prophetic Assemblage (UNC Press, September 2020) by Michael Muhammad Knight (Ph.D. ’16 religious studies). Muhammad’s Body introduces questions of embodiment and materiality to the study of the Prophet Muhammad. In rich detail, Knight lays out the variety of ways that early believers imagined Muhammad’s relationship to beneficent energy — Baraka — and to its boundaries, effects and limits.

Don’t Look Away: Embracing Anti-Bias Classrooms (Gryphon House, April 2020) by Iheoma Iruka, research professor of public policy and director of the Early Childhood Health and Racial Equity Program at the Frank Porter Graham Child Development Institute, along with Stephanie Curenton, Kerry-Ann Escayg and Tonia Durden. Every day, 250 children are suspended from school. Many are children of color, deprived of opportunities to experience learning at the same rate and quality as white children. Many families don’t feel heard or respected in their child’s schools. Don’t Look Away leads early childhood professionals to explore and address issues of bias, equity, low expectations and family engagement to ensure culturally responsive experiences.

Ella Baker’s Catalytic Leadership: A Primer on Community Engagement and Communication for Social Justice (University of California Press, November 2020) by Patricia S. Parker, associate professor and chair of the department of communication. Ella Baker (1903–1986) was an influential African American civil rights and human rights activist. For five decades, she worked behind the scenes with people in vulnerable communities to catalyze social justice leadership. Her steadfast belief in the power of ordinary people to create change continues to inspire social justice activists around the world today. Read a blog post about the book.