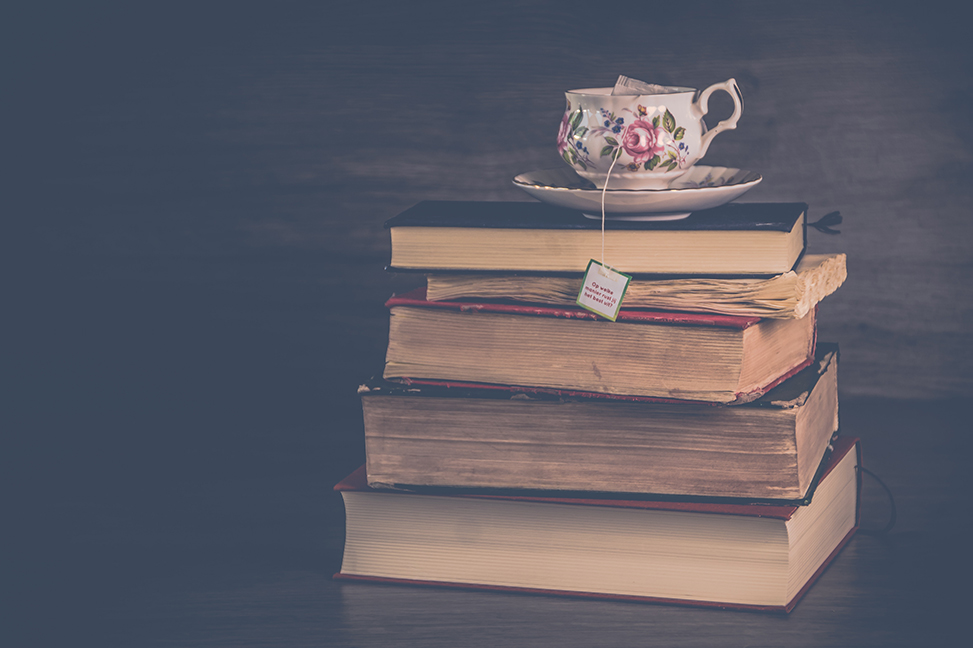 Expand your bookshelf: More books by College faculty and alumni 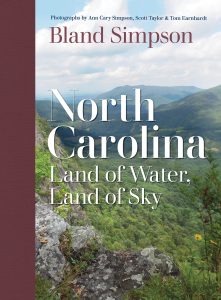 North Carolina: Land of Water, Land of Sky (UNC Press, October 2021) By Bland Simpson ’73, Kenan Distinguished Professor of Creative Writing, with photographs by Ann Cary Simpson, Scott Taylor and Tom Earnhardt. Here, for the first time, Simpson, the celebrated bard of North Carolina’s sound country, brings his distinctive voice and way of seeing to bear on the entirety of his home state, combining storytelling and travelogue to create a portrait of the Old North State with care and humor.

A History of the Theatre Costume Business (Routledge, September 2021) by Triffin Morris and Gregory Morris with Rachel Pollock. Triffin Morris and Rachel Pollock are with the department of dramatic art and PlayMakers Repertory Company. Gregory Morris is a business journalist and historian. This never-before-told story shows that there is as much drama behind the scenes as there is in the performance. Famous actors relate their intimate experiences in the fitting room, the glories of gorgeous costumes, and the mortification when things go wrong, while the costume makers explain how famous shows were created with toil, tears and sweat, and sometimes even a little blood.

Uncertain Allies: Nixon, Kissinger, and the Threat of a United Europe (Yale University Press, November 2021) by Klaus Larres, Richard M. Krasno Distinguished Professor of History and International Affairs. Concentrating on the policies of Richard Nixon and Henry Kissinger, Larres argues that their years in office were the major turning point when “benign hegemony” gave way to an attitude toward Europe that was seldom better than lukewarm, frequently even outright hostile, and that was returned in kind. This book offers an unusually clear and comprehensive examination of transatlantic relations during the Nixon era. 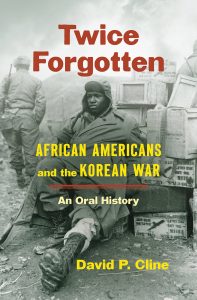 Twice Forgotten: African Americans and the Korean War: An Oral History (UNC Press, January 2022) by David P. Cline (Ph.D. history ’10). Journalists began to call the Korean War “the Forgotten War” even before it ended. Without a doubt, the most neglected story of this already-neglected war is that of African Americans who served just two years after Harry S. Truman ordered the desegregation of the military. Twice Forgotten draws on oral histories of Black Korean War veterans to recover the story of their contributions to the war.

Stretching the Heavens: The Life of Eugene England and the Crisis of Modern Mormonism (UNC Press, August 2021) by Terry L. Givens (M.A. ’86, Ph.D. ’88 comparative literature). Eugene England (1933–2001) — one of the most influential and controversial intellectuals in modern Mormonism — lived in the crossfire between religious tradition and reform. This first serious biography by leading historian Givens shimmers with the personal tensions felt deeply by England during the turmoil of the late 20th century.

The Birth Certificate: An American History (UNC Press, November 2021) by Susan J. Pearson M.A. ’99, Ph.D. ’04 history). For many Americans, the birth certificate is a mundane piece of paper, unearthed from deep storage when applying for a driver’s license, verifying information for new employers, or claiming state and federal benefits. Pearson traces the document’s 200-year history to explain when, how and why birth certificates came to matter so much in the United States. 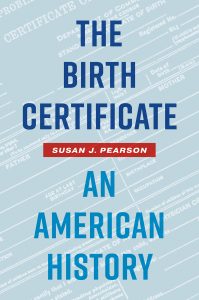 Beyond Slavery’s Shadow: Free People of Color in the South (UNC Press, October 2021 by Warren Eugene Milteer Jr. (Ph.D. history ’14). On the eve of the Civil War, most people of color in the United States toiled in bondage. Yet nearly half a million of these individuals, including over 250,000 in the South, were free. In Beyond Slavery’s Shadow, Milteer draws from a wide array of sources to demonstrate that from the colonial period through the Civil War, the growing influence of white supremacy and proslavery extremism created serious challenges for free persons of color in the South.

Now You Know It All (University of Pittsburgh Press, October 2021) by Joanna Pearson (English and creative writing ’02). Poised on the precipice of mystery and longing, each character in Now You Know It All also hovers on the brink of discovery — and decision. Set in small-town North Carolina, or featuring eager Southerners venturing afar, these short stories capture the crucial moment of irrevocable change. A young waitress accepts an offer from a beguiling stranger; a troubled boy attempts to unleash the villain from an internet hoax on his party guests; a smitten student finds more than she bargained for in her favorite teacher’s attic; two adult sisters reconvene to uncover a family secret hidden in plain sight. Winner of the Drue Heinz Literature Prize.

Black Women’s Health: Paths to Wellness for Mothers and Daughters (NYU Press, April 2021) by Michele Tracy Berger, associate professor of women’s and gender studies. From heart disease and diabetes to HIV and obesity, Black women and girls face serious health risks, lagging behind their white counterparts by every measure of health, well-being and fitness. In Black Women’s Health, Berger shows us why this is the case, exploring how the health needs of Black women and girls are uniquely rooted in their experiences with racism, sexism and class discrimination. 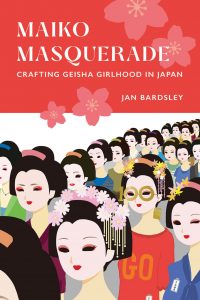 Maiko Masquerade: Crafting Geisha Girlhood in Japan (University of California Press, March 2021) by Jan Bardsley, professor emerita in the department of Asian and Middle Eastern studies. Maiko Masquerade explores Japanese representations of the maiko, or apprentice geisha, in films, manga and other popular media as an icon of exemplary girlhood. Bardsley traces how the maiko, long stigmatized as a victim of sexual exploitation, emerges in the 2000s as the chaste keeper of Kyoto’s classical artistic traditions.

Between Beats: The Jazz Tradition and Black Vernacular Dance (Oxford University Press, April 2021) by Christi Jay Wells (Ph.D. musicology ’14). Between Beats offers a new look at the complex intersections between jazz music and popular dance over 100-plus years. Wells shows how popular entertainment and cultures of social dancing were crucial to jazz music’s formation and development even as jazz music came to earn a reputation as a “legitimate” art form better suited for still, seated listening. Read a music department Q&A with Wells. 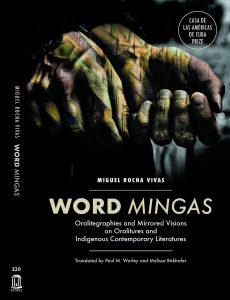 Word Mingas: Oralitegraphies and Mirrored Visions on Oralitures and Indigenous Contemporary Literatures (UNC Press, August. 2021) by Miguel Rocha Vivas, translated by Paul M. Worley (B.A. romance languages ’99, Ph.D. comparative literature ’09) and Melissa Birkhofer (B.A. English ’00, M.A. comparative literature ’07, Ph.D. comparative literature ’12) as part of the North Carolina Studies in the Romance Languages and Literatures. Word Mingas is an English-language translation of the award-winning book Mingas de la palabra written by Vivas. It is an encompassing study of “oralitures” — multilayered cultural knowledge shared through the power of orality — and written literatures by authors from Colombia and other regions in the hemisphere who self-identify as indigenous. 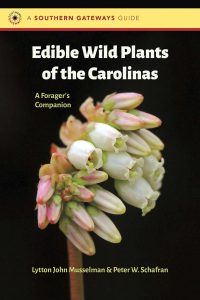 What Seems True (TouchPoint Press, September 2021) by James Garrison (English and history ’68). In 1980, the first Black supervisor at a Texas Gulf Coast refinery turns up dead behind an abandoned drive-in theater. When a Texas Ranger comes to investigate, the refinery’s attorney, Dan Esperson, is drawn into the investigation — and into a tangled web of racial conflict, sex and deception. Two refinery employees are arrested for the murder. One confesses that the other did it but will never testify. When the killer is released from jail for lack of evidence, Esperson may be next on his list.

Edible Wild Plants of the Carolinas: A Forager’s Companion (UNC Press, October 2021) by Lytton John Musselman (Ph.D. botany ’74) and Peter W. Schafran. Foraging edible plants was once limited to specialists, survivalists and herbalists, but it’s become increasingly mainstream. Influenced by the popularity of the locavore movement, many restaurants feature foraged plants on their menus, and a wide variety of local foraged plants are sold at farmers markets across the country. The authors offer a full-color guide for the everyday forager, with profiles of more than 100 edible plants.

Dictators and Autocrats: Securing Power Across Global Politics (Routledge Press, November 2021) by Klaus Larres, Richard M. Krasno Distinguished Professor of History and International Affairs.This volume of engaging essays explores how autocratic power is acquired, exercised and transferred or abruptly ended through the careers and politics of influential figures in more than 20 countries and six regions.The book looks at both traditional “hard” dictators, such as Hitler, Stalin and Mao, and more modern “soft” or populist autocrats, who are in the process of transforming once fully democratic countries into autocratic states.