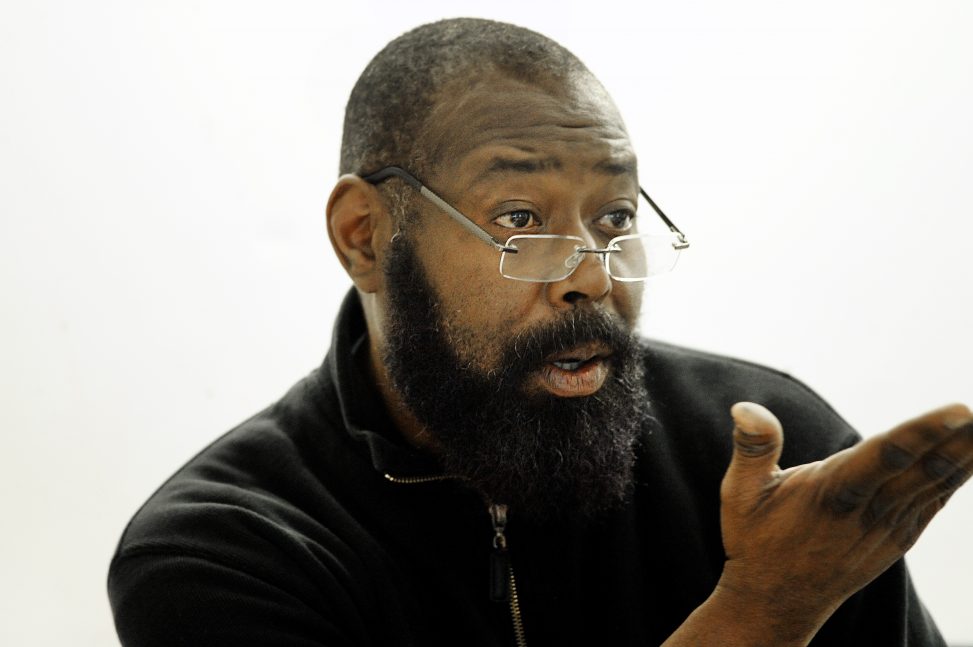 Randall Kenan said it is gratifying “to see the lights come on” in students’ faces. (photo by Donn Young)

Creative writing professor Randall Kenan, recently inducted into the North Carolina Literary Hall of Fame, is proud to be part of the “writingest state.”

When Randall Kenan ’85 learned that he would be inducted into the North Carolina Literary Hall of Fame and recognized at a ceremony in October, his first reaction was, “You must be kidding.” He shouldn’t have been surprised. Kenan, a professor in the department of English and comparative literature, has been recognized with multiple awards throughout his distinguished career.

“Considering that this is the ‘writingest state,’ a term coined by the late Doris Betts, former Alumni Distinguished Professor Emerita in terms of the number of writers and the impact they have made, being recognized as an inductee is gratifying,” said Kenan.

Storytelling has been central to Kenan’s life since his childhood in the small Duplin County town of Chinquapin, where he was raised by a great-aunt who taught kindergarten. “She taught me to read when I was about 4 years old, and I can’t remember a time when reading and writing weren’t a part of my life,” said the creative writing professor. “Growing up in rural North Carolina before television had taken over our lives, people would sit on the porch and spin yarns.” 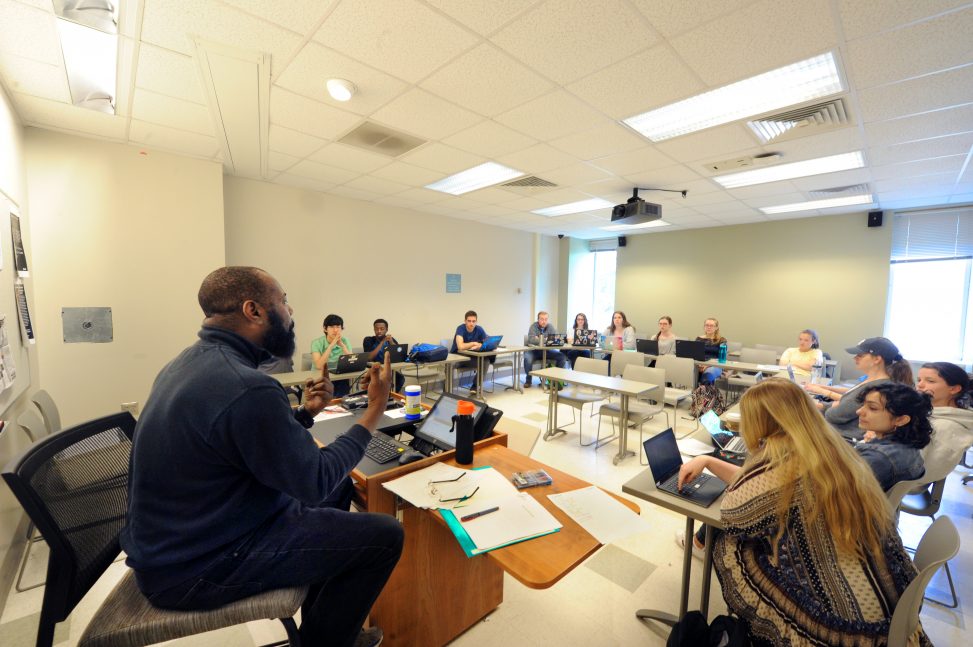 Randall Kenan will be inducted into the North Carolina Literary Hall of Fame in October. (photo by Donn Young)

Those tales helped nurture Kenan’s love of stories. “I love hanging out with characters and trying to translate their world into words,” he said. Most recently, those words have taken shape as two published short stories: “Resurrection Hardware; Or, Lard & Promises,” in the spring 2018 100th anniversary issue of Oxford American literary magazine; and “Mamiwata,” in the summer 2018 issue of Ploughshares literary journal.

Kenan’s work also includes a novel, A Visitation of Spirits; two works of nonfiction, Walking on Water: Black American Lives at the Turn of the Twenty-First Century and The Fire This Time; and an award-winning collection of stories, Let the Dead Bury Their Dead. In addition, he edited and wrote the introductions for The Cross of Redemption: The Uncollected Writings of James Baldwin and The Carolina Table: North Carolina Writers on Food.

Kenan has been working on a novel, set in North Carolina and New York in the 1970s through the 1990s, about what he called “the secret history of Chapel Hill.” Secret histories — which he described as “stories, facts and figures that are known but not very well known” and “things that people allow to get forgotten” — have captured his imagination.

Helping Carolina creative writing students pen the stories that have captured their imagination energizes Kenan. “Teaching forces you to articulate what you actually think about the business of writing,” he said. “It’s very gratifying to share that with younger folk and to see the lights come on behind their eyes.”

Kenan, who primarily teaches nonfiction and fiction writing and a food-writing course, is excited about the new creative writing concentration for English majors starting this fall (the department has long had a minor).

“The first goal in teaching writing — and I learned this from Doris Betts, whom I studied with when I was here as an undergraduate — is to teach people how to read like a writer,” he said.  “We want to look at literature like builders, carpenters and craftsmen: Why does this story work? How did the writer evoke this character?”

He says that central to the teaching of creative writing is “teaching good literature by contemporary writers.”

While UNC-Chapel Hill alumnus Thomas Wolfe famously wrote that you can’t go home again, that’s not the case for Kenan, who received a degree from the department in which he now teaches.

“Coming back here as a professor was initially terrifying because a lot of people who had been my professors were and are still here,” said Kenan.  “But they accepted me and I didn’t fall on my face, so it became very gratifying.”

Kenan said he loves being back at Carolina. “It’s an enchanted place. It feels good to be a part of it.”