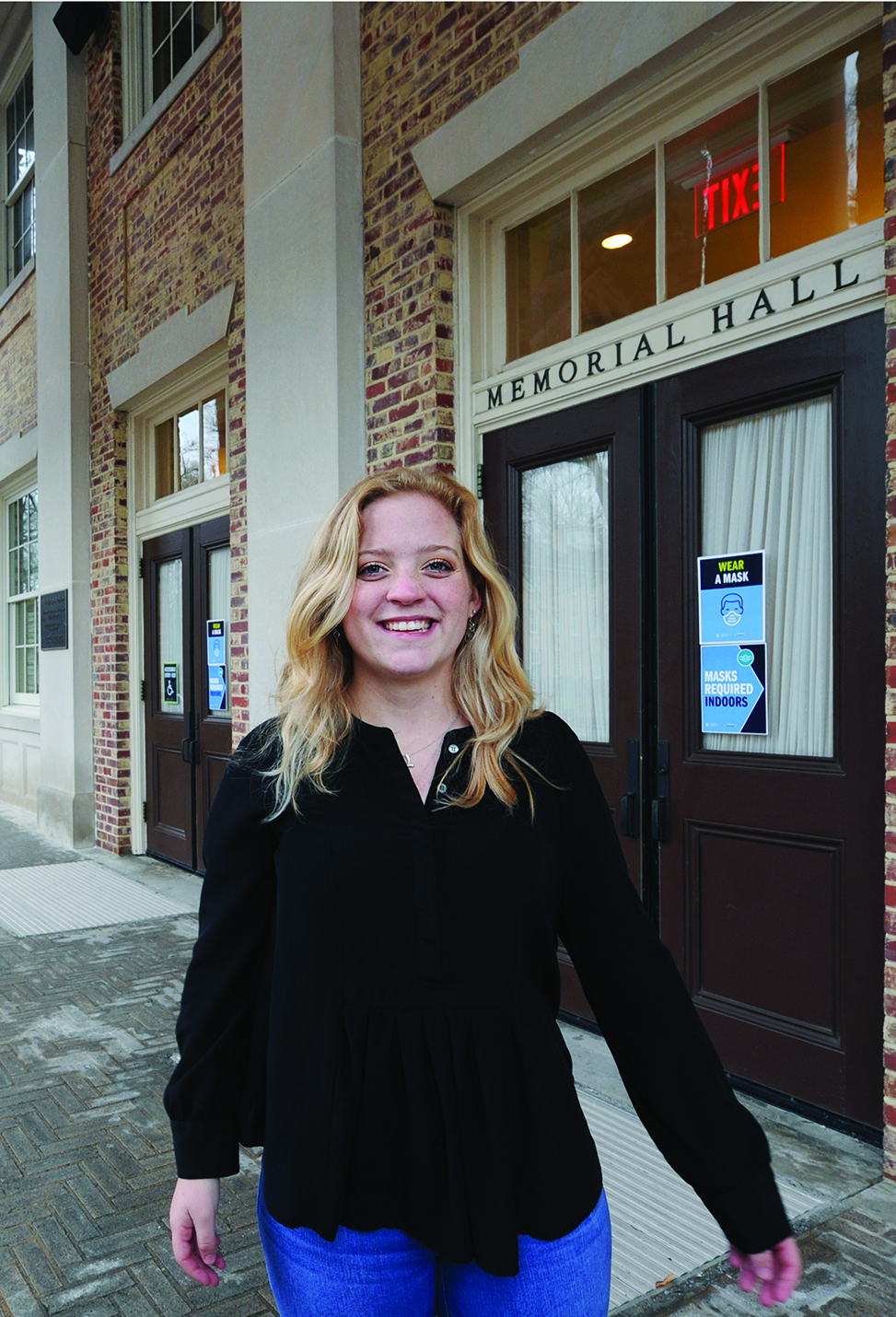 One high school civics class changed everything for senior Jade Neptune, who created a nonprofit to support students’ extracurricular interests.

Jade Neptune, a senior studying political science and artistic management, founded a nonprofit called The Gap Project at age 16 during her last year of high school. While at Carolina, Neptune has also served as a Chapel Hill Town Council campaign manager, worked with Carolina Performing Arts and the North Carolina Symphony, and provided academic coaching to North Carolina prisoners.

“I knew coming into Carolina that I would major in political science, but I was missing something I’ve always been in love with — the creative arts,” said Neptune.

Neptune created an artistic management major that blends business and marketing classes with art classes. “I realized something was missing in my studies — the human perspective that I needed to enrich my degree.”

One high school civics class changed everything for Neptune: For an assignment, she needed to propose a congressional bill on any topic. She landed on the idea of extracurricular accessibility for students regardless of financial ability.

“When the project was over, I emailed my teacher, and the subject line was ‘crazy idea.’ With her support, The Gap Project was born.”

Neptune grew up as a dancer and her brother as a golfer — two costly extracurricular activities. She remembers the financial pressures her parents experienced to support their interests.

The Gap Project’s mission is to bridge the gap between students who can and cannot afford the costs of these activities. She has continued to focus on her nonprofit while at Carolina.

During the start of the pandemic, she faced challenges with many after-school activities being paused. To provide alternatives for K-12 students, Neptune planned a wildly successful athletic equipment drive. Since then, The Gap Project has hosted a holiday art supply drive in collaboration with the Art Therapy Institute of NC, held an outdoor story time in her hometown and conducted outdoor ballet classes in Durham. “I was so fortunate to provide a free pair of new ballet shoes to all of the girls,” she said.

This spring, The Gap Project announced its first scholarship fund, the Bridge Scholars, at Neptune’s alma matter. The awards will be given to a Pinecrest High School senior involved in extracurricular activities.

Neptune has many other interests. She is a writing coach for the UNC Correctional Education Program, where she provides blind feedback on essays from N.C. prisoners.

“I am thankful for the opportunity to give feedback that is positive and genuine,” she said. “Being kind goes a long way.”

During the pandemic, Neptune worked on “One State One Score” — a North Carolina Symphony collaborative video that features musicians from across the state playing the same song to spark a sense of togetherness.

Neptune has also been involved with projects related to her political science major. She was the manager for Chapel Hill Mayor Pro-Tem Karen Stegman’s campaign team for Chapel Hill Town Council.

Neptune is on tap to graduate in August 2022 at 19 years old after just two years at Carolina. She’s never been on a plane but will study arts criticism in Galway, Ireland, this summer.

With her first year being remote, she has loved experiencing her second and final year on campus.

During her first week in Chapel Hill, she looked across the quad and had a moment of gratitude. “I sat there and thought, ‘I never want to leave,’” she said.

After graduation, Neptune aspires to move to Boston and work in an arts-related experience for a year before applying to law school.