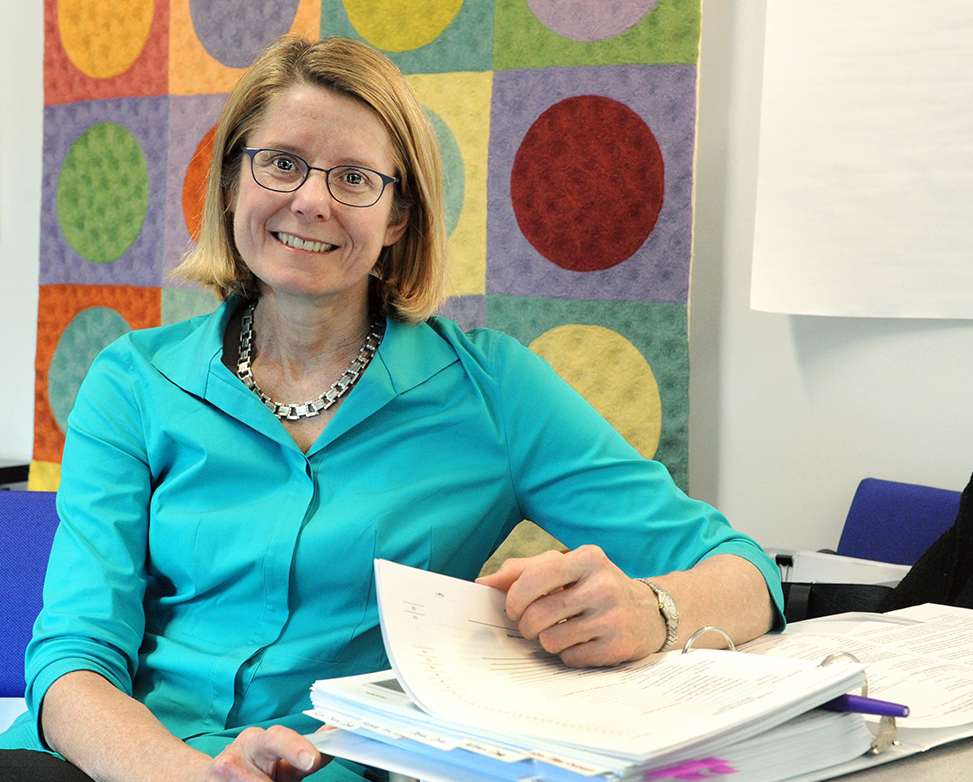 Elizabeth Frankenberg is applying lessons from her research on disaster recovery in Indonesia to hurricane-affected communities in the Tar Heel State.

Alumna Elizabeth Frankenberg ’86 has come full circle. As a junior, inspired and mentored by her geography professor, she spent a summer in Indonesia conducting research for her honor’s thesis on transmigration. Now, over three decades later, she has returned to her alma mater to head the Carolina Population Center (CPC), teach in the department of sociology, continue her research on Indonesia and expand her work into her home state.

“That first trip really confirmed my interest in developing countries because there was so much to be curious about,” she said. “Indonesia is incredibly rich in cultural and ecological diversity.  I found it fascinating and wanted to go back.”

Frankenberg joins UNC after stints at global think tank Rand Corporation and academic appointments at UCLA and Duke University. She continues to study the province of Aceh, Indonesia, producing research on disaster recovery after the 2004 Indian Ocean tsunami. Her work has helped this developing area of the world and has the potential to benefit North Carolina.

The population center is home to numerous global projects directed by UNC faculty. Faculty fellows, students and professional staff work together on path-breaking research to address population issues in 85 countries, across the United States and at home in North Carolina. At both CPC and in the sociology department, Frankenberg values the collaborative interdisciplinary atmosphere.

“For me, the lines between the different social sciences should be somewhat blurry. A lot of sociologists care about economics, and population geographers care about social issues, so I don’t see hard walls between these disciplines,” she said. “UNC is very good at teamwork. There’s a generosity of spirit here. It’s exciting when you work with a group of people who don’t know everything about each other’s area. They learn and think about things in a new way.”

After the devastating 2004 tsunami that killed an estimated 160,000 people in Aceh — 5 percent of its population — Frankenberg co-led a team of U.S. and Indonesian colleagues that collected longitudinal data from individuals first interviewed before the disaster, documented the damage and detailed the rebuilding in the region.

The team has published results from STAR (Study of the Tsunami Aftermath and Recovery) in a number of papers, which analyze how individuals, families and communities recovered from the disaster. STAR is regarded as the strongest large-scale study ever done to measure population-level response to a disaster over an extended period.

“You go to Aceh now and have to look really closely to realize that a massive disaster took place,” she said. “It’s a tremendous testimony to the resilience of the human spirit, the Acehnese communities and the hard work of the Indonesian government.”

Frankenberg is hoping to apply some of the scientific methods used in the Aceh project to research on how exposure to extreme events affects communities in North Carolina and elsewhere in the United States. She is working with other UNC scientists to develop a project that will focus on measuring damage and recovery in eastern North Carolina associated with major hurricanes, with the goal of helping state and regional agencies address the needs of hard-hit communities.

“Some of the issues are certainly similar: Where should people rebuild? How do you best help them regroup and put their lives back together after losing property? How to accommodate changes in agricultural productivity or the ability to make a living by fishing?” she said.

Frankenberg is the second in her family to teach at UNC. Her late father, Dirk Frankenberg, was a renowned professor and former director of the Institute for Marine Sciences.

“I love the state of North Carolina, so the opportunity to come home to Carolina was incredibly tempting.”