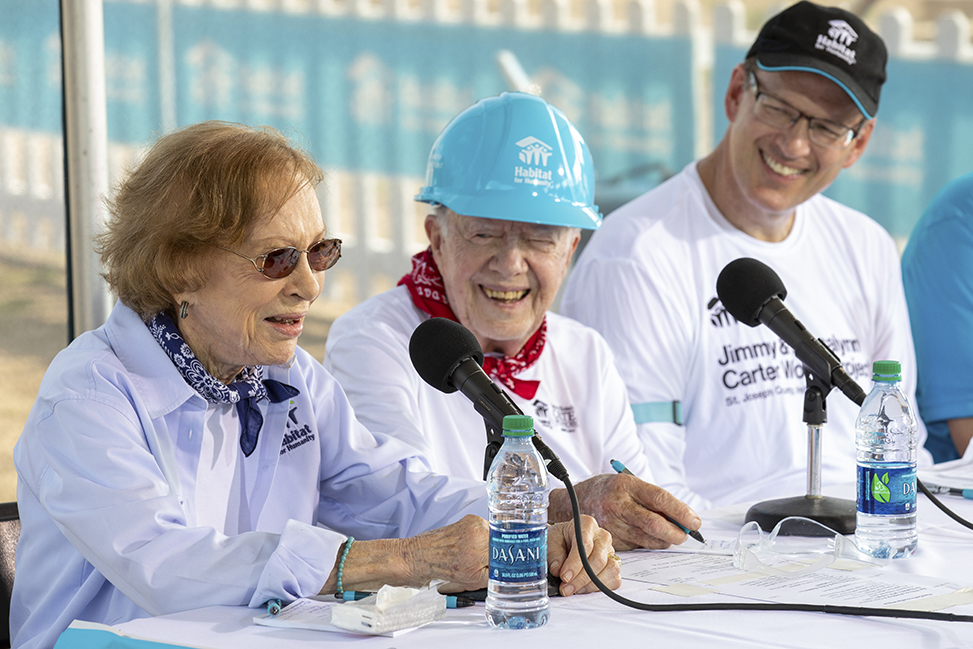 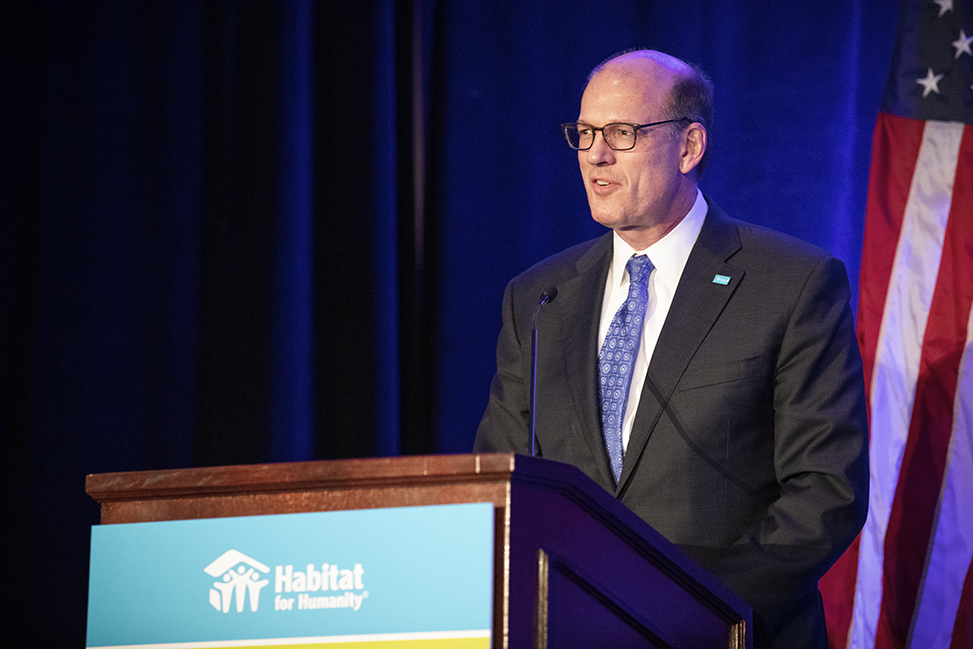 Reckford speaks at Habitat on the Hill, where advocates for decent housing, including Habitat staff members, board members, homeowners, volunteers and youth from across the country, gather in Washington, D.C. (photo by Jason Asteros/Habitat for Humanity)

Seven life-changing virtues, from the CEO of Habitat for Humanity

“When the waters rise, so do our better angels,” Jimmy Carter, 39th president of the United States, wrote following Hurricane Harvey in 2017. “Pick a past disaster, and I’ll tell you at least a dozen stories that stand as living testaments to our collective compassion, generosity — and unity.”

Carter was referencing Abraham Lincoln’s first inaugural address, in which he asked a divided nation to forget their differences in favor of “the better angels of our nature.” Carter’s nod to this sentiment stuck with Jonathan Reckford, CEO of Habitat for Humanity International and a 1984 political science graduate. He had built and repaired many homes with Carter, one of Habitat’s biggest champions and a close friend. Together they had traveled to disaster sites all over the world and had seen the compassionate response that so quickly follows.

“After a storm, you immediately find people who are making sacrifices to help one another in ways that transcend their differences. President Carter’s op-ed reinforced the stories I’ve seen in communities and countries all over the world when volunteers and homeowners come together to make their communities stronger,” said Reckford, who was Carolina’s 2019 Commencement speaker and has deep ties to Carolina. His father, Kenneth Reckford, was a longtime faculty member in the classics department. One of Reckford’s children is a Carolina graduate, and another is attending UNC-Chapel Hill this fall.

In his new book, Our Better Angels: Seven Simple Virtues That Will Change Your Life and the World (Macmillan), Reckford recounts many of those stories, anchored by seven key virtues he’s seen embodied through Habitat: kindness, community, empowerment, joy, respect, generosity and service.

Habitat for Humanity was founded in 1976 and exists in all 50 states and 70 countries to help qualifying families attain strength and stability through affordable housing. Selected families complete hundreds of hours of “sweat equity” to build or renovate their homes, aided by local volunteers. Those families, in turn, often become long-term volunteers for other builds.

The UNC-Chapel Hill Habitat for Humanity chapter has helped to build more than 45 homes in association with Orange County Habitat since 1994. In 2011, the chapter received Habitat’s Campus Chapter of the Year Award.

The book, which features a foreword from Carter, offers a glimpse into how a Habitat build brings a community together.

“These seven virtues are all elements of the kind of community we want to be part of, but we don’t always feel,” Reckford said. “I give examples small and large that show anyone can have an impact, and the call to action is this idea that everyone has something to give and something to gain, and it can change the world.”

In one story, a woman turns the heartbreak of her financial struggles into a passion for helping others, volunteering with her children at a Habitat build even though her own family’s housing situation is dire. Eventually, she and her family work toward their own Habitat home and continue building others. In another story, Vietnam veterans return to that country to build homes with families impacted by the war, inspiring catharsis and connection amid shared sadness and pain.

“All these pieces connect,” he said. “Underneath generosity is gratitude. And, when you have gratitude, it’s much easier to serve, respect, empower, build community, embrace others. At the heart of it all is the feeling of being in community with our neighbors that transforms our lives.”

Reckford hopes readers will realize the possibility that lies in working with others on causes they love.

“Habitat started from a small group in rural Georgia over 40 years ago, and it has brought 22 million people safe, decent housing over time. These are the things that can happen when people look outside themselves and embrace these virtues.”