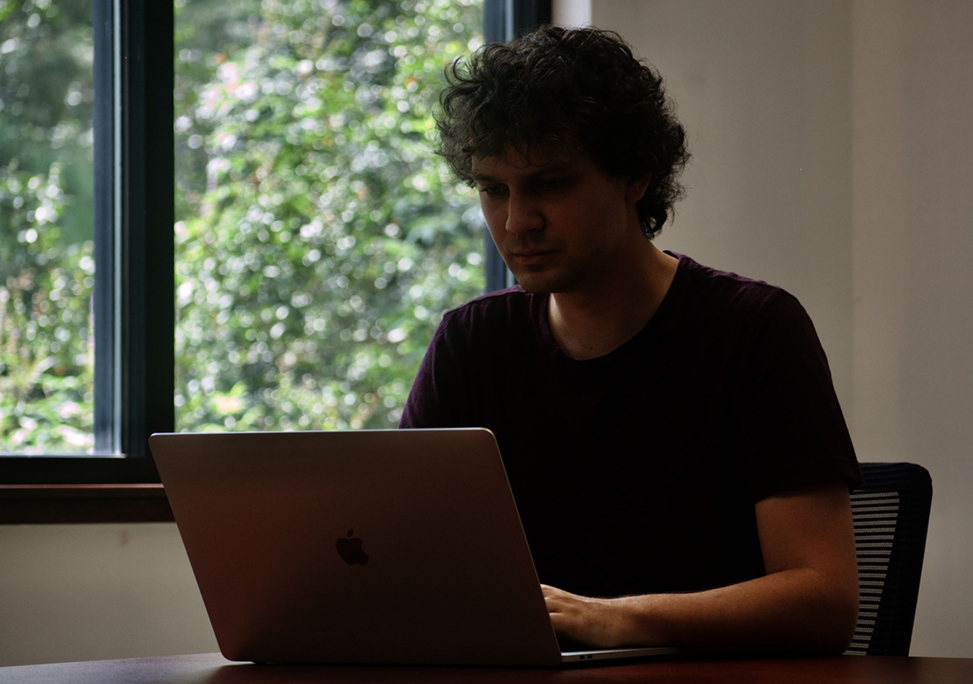 Entrepreneur Joe Puccio ’16 developed an app to help students plan their class schedule. Coursicle now has 400,000 users across the United States and Canada.

Securing a spot in courses that fill up quickly can be anxiety-inducing for college students. It certainly was for Joe Puccio (mathematics and computer science ’16) as he prepared for his first semester at Carolina. But when one door closed, another opened for the young entrepreneur.

Puccio parlayed pain points during registration into a successful startup by co-founding Coursicle, an application and website that makes it easy for students to plan their ideal class schedule by sending them alerts when seats open up in previously full classes. The company, which extracts course data from about 900 colleges, has an estimated 400,000 users in the United States and Canada.

Seeds for the business were planted when Puccio spent seven hours planning his schedule to register for classes.

“I got into only one of the five classes,” Puccio recalled. “I was so distraught that I had to ask the orientation leaders to show me where to click to continue going through things. The logic part of my brain just completely shut off.”

That night in his dorm, Puccio thought there had to be a better way and began writing code. A few months later, he and his girlfriend, Tara Aida, whom he met at a 10th-grade summer science and math camp (they’re still together), began working to develop Coursicle while she was at Harvard University. An earlier iteration of Coursicle, which Puccio started as a hobby and called Class Checker, was available the first three years only to Carolina students free of charge.

Coursicle’s iOS and Android app costs $4.99 per semester, although students can track one class a semester for free. Professors, academic advisers and even some parents have bought the app. Coursicle also has a website where students can plan schedules prior to registration. It slices and dices data to show various scenarios with the student’s ideal classes and time blocks — say you want to avoid 8 a.m. classes — and minimizes the hit-or-miss aspects of planning a class schedule manually.

Coursicle has three full- and two part-time employees and has had Carolina graduates or students as interns. An important part of Coursicle’s mission is to hire and retain female engineers and managers. And Puccio said it’s important to him that right now the company run entirely on its own revenue, without raising money from investors.

Puccio enjoys flying drones, dabbling in virtual reality and devoting time to Italian cooking (including a passed-down Sicilian pizza family recipe). He logs about 100 hours a week programming and troubleshooting issues with colleagues. He personally answers every support query — about 30 emails a day. The reason? This makes the company better equipped to understand customer support issues. And happy customers also tell advisers and friends about the app.

In February, Puccio spoke to students in a class taught by Paul Jones of the UNC School of Information and Library Science about the history of Coursicle, stressing the importance of gender equality in tech.

As his company continues to grow, Puccio plans to keep finding ways to use his tech skills to solve problems. When a friend complains about how something works — or doesn’t — or he runs into glitchy tech, Puccio records the issue in a log that he has kept since middle school.

After all, perseverance is key and when it comes to finding ways technology can make things better, “I’m very much not going to accept the way things are done right now,” Puccio said.