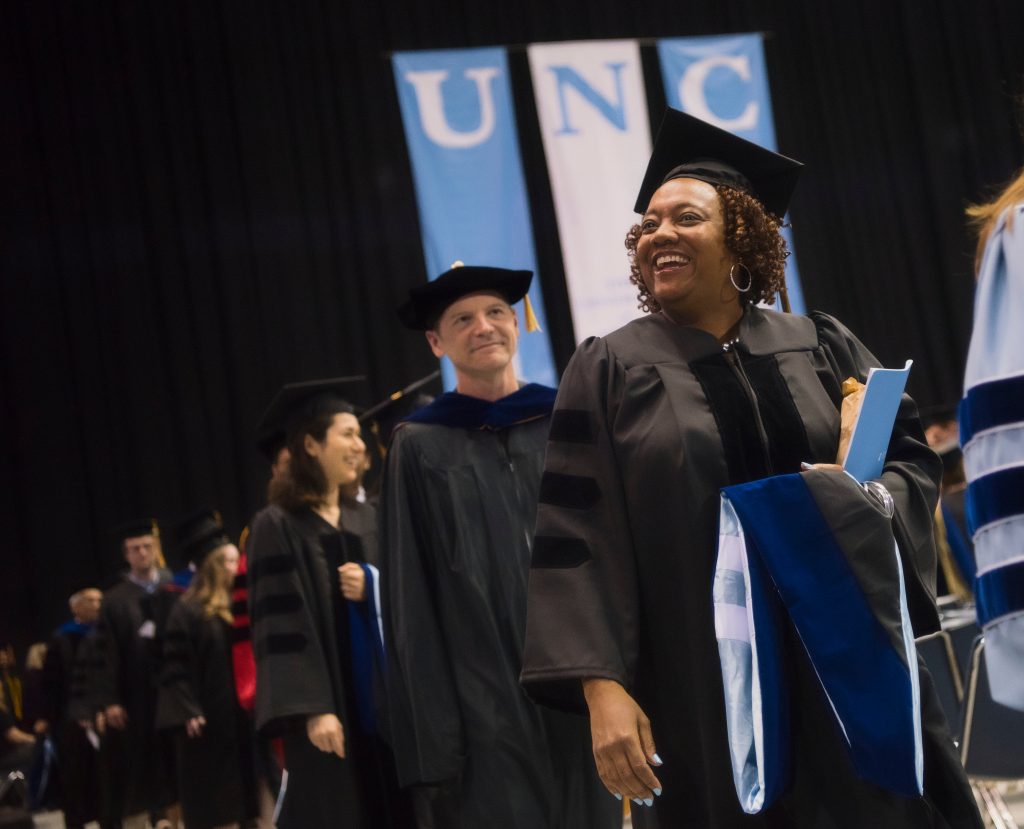 First-year student Samantha Grounds of Marietta, Ga., arrived on campus in August as one of Carolina’s first Lookout Scholars. Class valedictorian, captain of the soccer team and president of her high school’s National Honor Society, she is eager to explore all that Carolina has to offer.

She hopes to pursue a degree in public health. Her dream is to travel the world, providing medical care in impoverished countries, a passion she discovered during recent mission trips to Nicaragua and Peru.

Lookout Scholars is a donor-funded initiative that supports first-generation college students, providing the resources they need to succeed at Carolina. Grounds is part of the inaugural class of 40 Lookout Scholars at UNC. (Read more at college.unc.edu/SamanthaGrounds.)

A donor’s generosity has opened doors of access and opportunity for Grounds. The Oct. 6 public launch of the University’s comprehensive campaign, The Campaign for Carolina, hopes to similarly inspire Carolina alumni and friends to support transformative initiatives that advance the mission and vision of the College of Arts & Sciences under Dean Kevin Guskiewicz.

The College’s goal for the campaign will exceed $700 million as part of a broader University-wide goal. During the campaign’s “quiet” phase, which began Jan. 1, 2015, the College raised more than $265 million. This includes a record-shattering $91.3 million in new gifts and commitments in the fiscal year that ended June 30. That total is 30 percent more than the previous year — a record in itself.

Leadership gifts have supported entrepreneurship, PlayMakers and dramatic art, Honors Carolina, the Institute for the Arts and Humanities, the Learning and Writing Center, graduate student stipends and other areas of critical support for students and faculty.

“We’re at a critical juncture in the pursuit of knowledge and the need to push boundaries to address the problems that we as a nation and a world face,” said Rob Parker, senior associate dean for development for the College. “For us to continue to remain a top university globally, philanthropic support is more essential than ever.”

Among the College’s key campaign priorities are investments in research and teaching that will have a dramatic impact on North Carolina, the nation and the world.

“Our donors are stepping up to propel UNC forward as a leader among public research universities both nationally and internationally,” Guskiewicz said. “I could not think of a more exciting time to be at Carolina.”