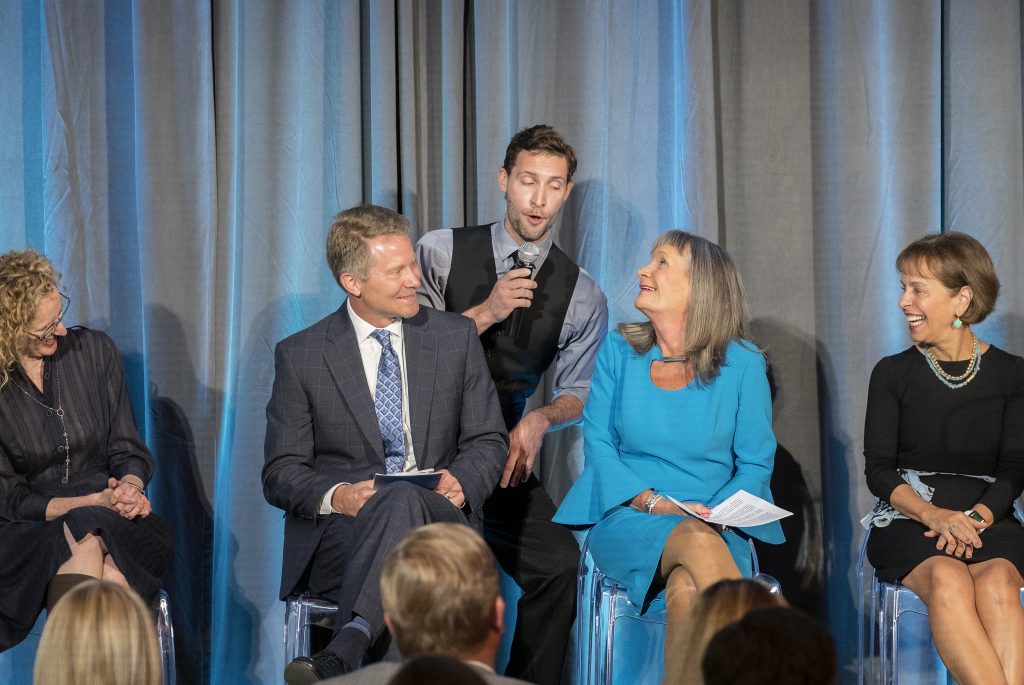 Graduate students serenaded Gillings at the gift celebration with the Cole Porter song “You’re The Top.” Photo by Jon Gardiner.

A $12 million gift to PlayMakers Repertory Company and the department of dramatic art will significantly increase the University’s performing arts programming by expanding educational opportunities for students and enhancing performance and outreach offerings available to the community.

Gillings’ commitment will enable the department to recruit and retain top graduate students by funding additional scholarships in acting, costume production and technical production annually. It will also expand PlayMakers’ vital education and outreach programs, including a ­­new Mobile

Shakespeare initiative, and its K-12 educational matinee and teaching artist residency programs. In addition, the gift will foster the development of new plays to engage the University and national theater community with innovative and socially conscious work.

Gillings, who has served on the Friends of PlayMakers Advisory Board since 2008 and as its chair since 2013, acquired a love of theater while attending plays on Broadway and in London’s West End. She said that the high quality of PlayMakers productions and her interactions with master of fine arts students inspired her gift.

“I can’t tell you how important this is to me. Having PlayMakers in our own backyard is incredible,” Gillings said. “It’s all about the students. They are our future.”

Established in 1925, the department of dramatic art is the second-oldest theater department in the country. PlayMakers, the professional theater in residence, recently celebrated its 40th anniversary.

Read more about the endowment, celebration, and the value of PlayMakers on the College’s website, here and here.