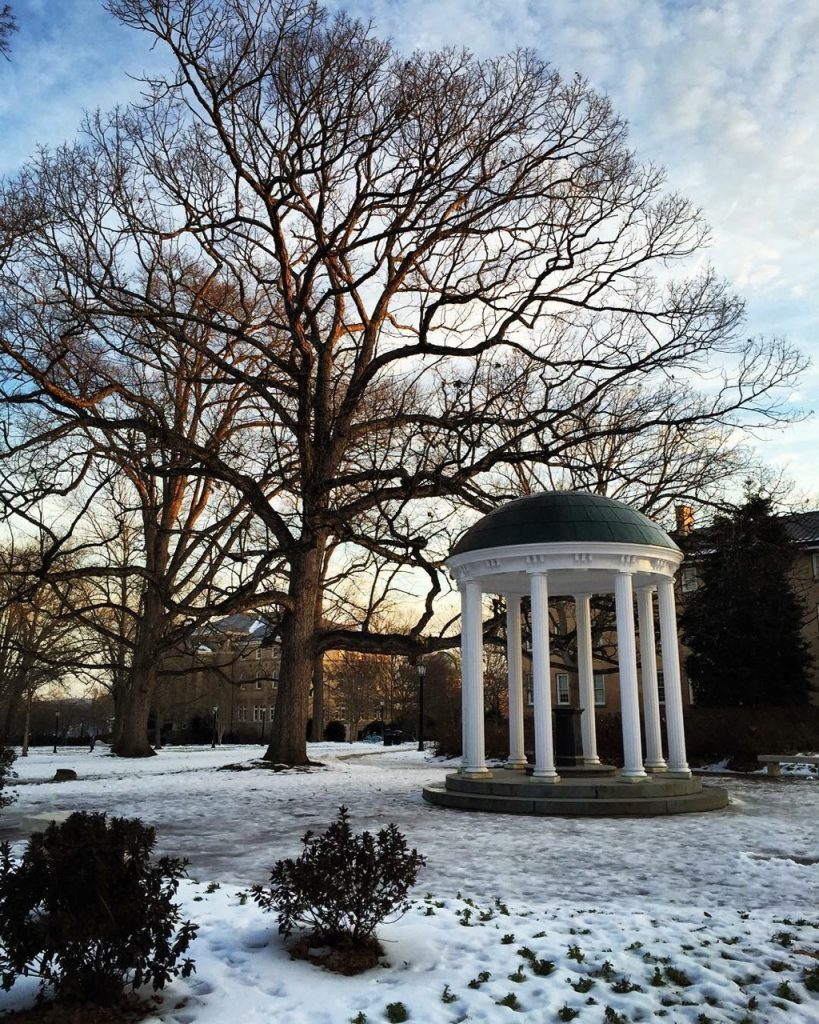 When national and international media need experts to comment on and analyze news and trends, they turn to Carolina. Of course, College of Arts & Sciences faculty often make news of their own with groundbreaking research findings. Here are just a few examples; see more at college.unc.edu.

“Our goal as scientists isn’t to save only endangered invertebrates like coral but to preserve the reefs that hundreds of millions of people depend on. Food, jobs, tourism revenue, recreation and buffers from coastal storms are just some of the value coastal communities get from healthy reefs.”

“IT’S GOOD NEWS IF YOU WERE A LITTLE BIT OF A NERD OR A THEATER GEEK. WE’RE THE ONES THAT TURN OUT THE BEST IN THE LONG RUN.”

— Mitch Prinstein, psychology and neuroscience professor, on the science behind popularity

The Times of Israel

“The mosaics provide a great deal of information about ancient daily life, such as the construction techniques shown in the Tower of Babel scene.”

“An event of this scale can very well take years, and in some cases it may take more than 10 years to actually fully recover from this event.”

— Gavin Smith, director of the Coastal Resilience Center of Excellence, on Hurricane Harvey

“TARDIGRADES ARE EXTREMELY HARDY ANIMALS. SCIENTISTS ARE STILL TRYING TO WORK OUT HOW THEY SURVIVE THESE EXTREMES.”