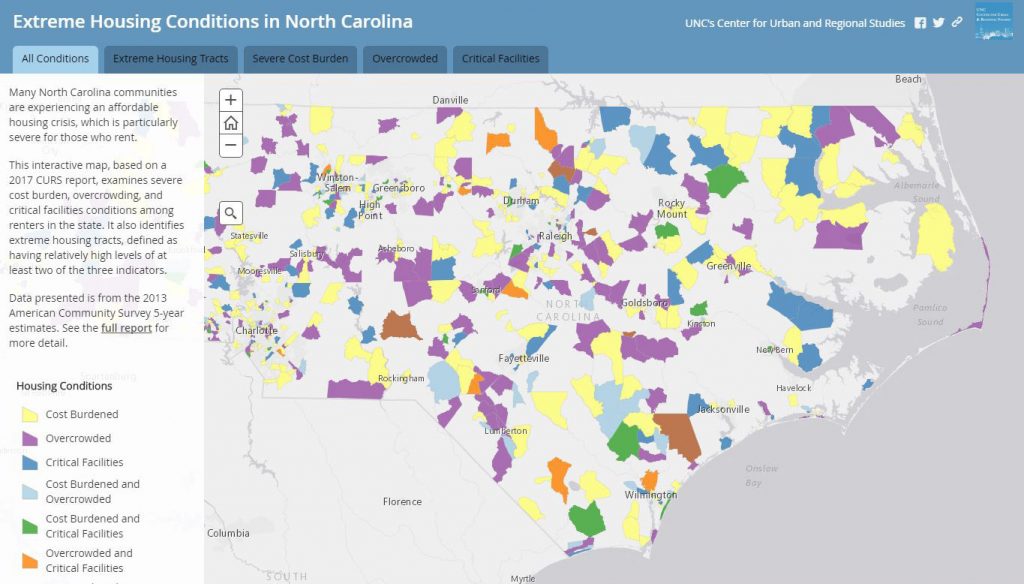 Many communities in the state are experiencing an affordable housing crisis, which is particularly severe for those who rent, according to a new report published by the Center for Urban and Regional Studies. Extreme Housing Conditions in North Carolina examines severe housing cost burden, overcrowding and substandard housing conditions among renters in the state. It identifies areas with extreme housing needs, defined as having relatively high levels of at least two of the following three indicators: severe housing cost burden, overcrowding and the lack of complete kitchen and bathroom facilities.

Among the report’s findings: