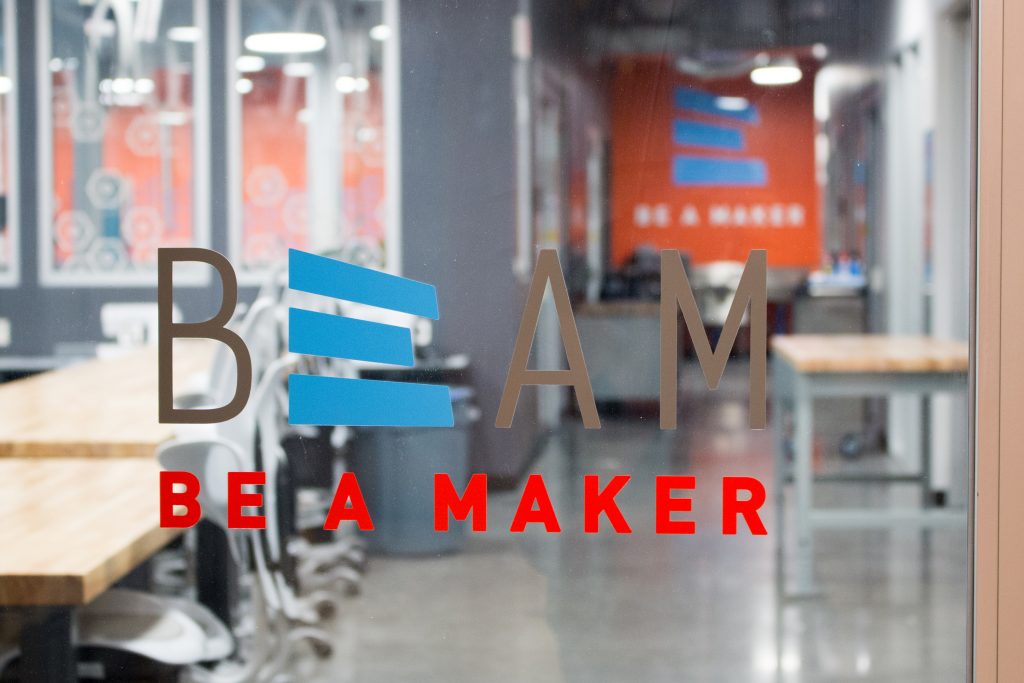 Steve Kapp’s gift to the Dean’s Innovation Fund will help support initiatives like BeAM. This makerspace in Murray Hall is the largest of three in the BeAM network. (photo by Kristen Chavez)

Steve Kapp is not a doctor or scientist, but he could have a role in the discovery of new cancer treatments. He’s not a professional musician or athlete, but his generosity could inspire students to create new music or manage Olympic competitors decades from now.

Kapp ’81 (MBA ’90) is among the first donors to the College of Arts and Sciences to establish a Dean’s Innovation Fund to support a range of academic disciplines, including biomedical engineering, applied physical sciences, the Be A Maker (BeAM) initiative, or any of the nine tracks — such as arts and sports — in the minor in entrepreneurship program. Students and faculty across the College will benefit from the endowment, which will fund research, equipment, travel to academic and professional conferences, and other funding needs as they emerge.

“Steve’s gift will open doors for generations of Carolina faculty and students who want to build and create a better world,” said Kevin Guskiewicz, dean of the College. “By directing financial resources to these areas of study, we can enhance the potential for innovation that strengthens our liberal arts tradition. We’ve already seen a number of successes. The Kapp Family Dean’s Innovation Fund makes it possible for even more students and faculty to work together and spur critical thinking in new ways.”

Kapp, principal at Maverick Capital, a New York-based investment partnership, first set foot on the Carolina campus in fall 1976. A senior at Bethesda-Chevy Chase High School in the metropolitan Washington, D.C., area, he had no family connections to Carolina, but was drawn to UNC because of its academic reputation.

While he enjoyed his humanities and social sciences classes as an undergraduate — a history course with Carlyle Sitterson was particularly engaging — Kapp developed an aptitude for numbers and investing. A memorable Carolina moment came when, as a junior economics major, he had the opportunity to pick up a guest lecturer at the Raleigh-Durham airport. The speaker was Arthur Laffer, known as the father of supply-side economics, an adviser to Ronald Reagan (who would be elected president the following fall).

After graduation, Kapp spent six months in Aspen, Colorado, before joining Advantage International, a sports marketing and management firm in 1983, where he represented professional tennis players. By 1988, he was looking for a career change that reflected his growing interest in finance. Kapp returned to Chapel Hill and earned his MBA at Kenan-Flagler Business School in 1990.

In 1993, he was a co-founder of Longwood Partners, a private investment partnership. In 1996, Kapp joined Carolina classmate Lee Ainslie (MBA ’90) at Maverick, a highly successful hedge fund company with offices in New York, Dallas, Philadelphia and San Francisco. At Maverick, he managed the healthcare investment portfolio.

As a financial professional, Kapp was drawn to Guskiewicz’s vision for the fund and the results-oriented focus of the disciplines it supports.

“Intellectual capital is the engine of growth, and I’m delighted to be able to support students and faculty who have the potential to find creative solutions to societal problems,” Kapp said.