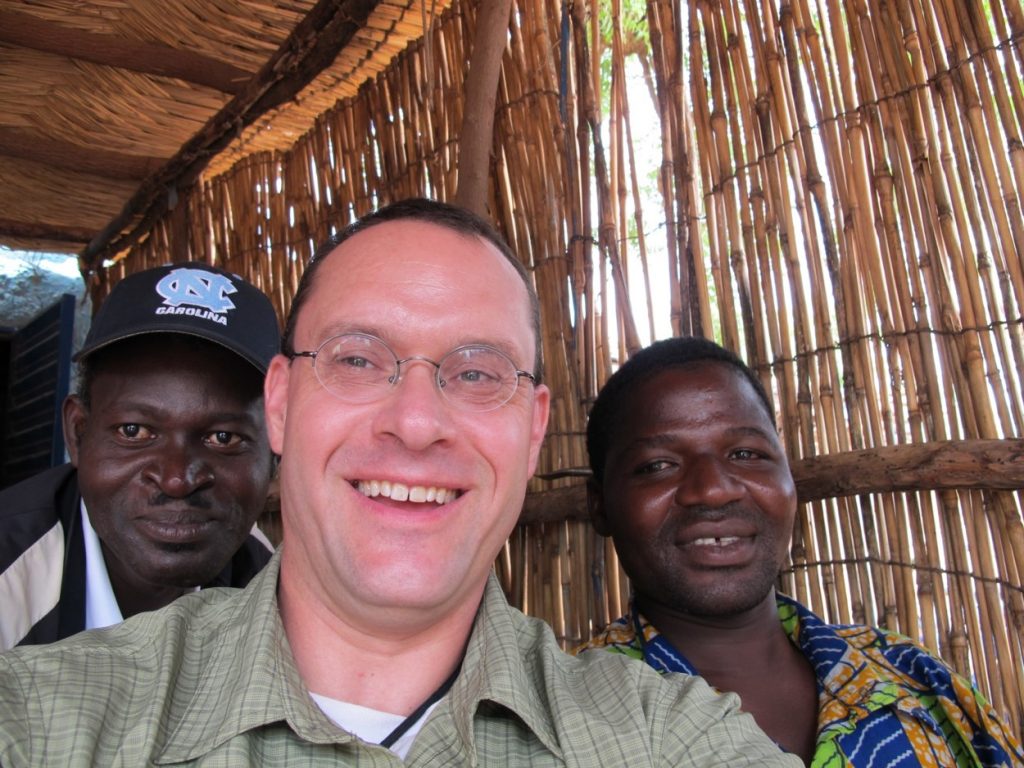 Food through a new lens (theme: food and the environment)

UNC cultural anthropologist Colin Thor West became interested in the lives of rural farmers and the challenges they face when he served as a Peace Corps volunteer in Togo, West Africa, from 1994 to 1996.

Today he focuses his research on food insecurity issues in neighboring Burkina Faso. West and a graduate student assisting him traveled there this past summer, satellite maps in hand, to interview the indigenous Mossi people about how their environment is changing.

“I work in a part of Africa where people often can’t grow enough food because of production and access issues, and a lot of these people are very poor,” said West, an assistant professor of anthropology. “I also touch on issues of local and global climate change and drought.”

The anthropology department launched a concentration a year ago in “Food, Environment and Sustainability,” dovetailing with the beginning of UNC’s two-year academic theme, “Food for All: Local and Global Perspectives.” West will teach an upper-level undergraduate course that mirrors the concentration’s name in spring 2017. Both undergraduate and graduate courses are offered in the concentration, including “Anthropological Perspectives on Food and Culture,” “Archaeology of Food” and “Global Health.” Another new course, “Intro to Food Studies: From Science to Society,” will be cross-listed in anthropology, nutrition and American studies.

West has also conducted research on commercial ranchers and farmers in the southwestern United States and Yup’ik salmon fishers in western Alaska.

Biological anthropologist Amanda Thompson studies how people’s social and physical environments shape their health across their lifespan. In summer 2015, she taught a study abroad course, “Ecology of Nutrition and Health in the Galápagos.” She returned to the Galápagos this past summer for a research project.

“We’re hoping to understand how simultaneous exposure to high-fat diets with limited fresh produce and poor water quality contribute to the high levels of obesity and chronic disease seen on the islands,” said Thompson, associate professor of anthropology.

She has also been a part of the China Health and Nutrition Survey since 2011. She and other researchers are examining the impact of exposure to environmental pathogens and an increasingly high-fat, inactive lifestyle on the development of inflammation and obesity in Chinese children, adolescents and young adults.

Thompson said the new concentration is a good fit for anthropology, because it highlights the diverse work that many faculty have been doing on these topics for years.

“As anthropologists, we try to see the whole picture,” she said. “The concentration brings together faculty members from all subfields within the discipline — sociocultural, biological and archaeological — to answer common questions from unique perspectives, creating a fertile ground for new research and training for students.”