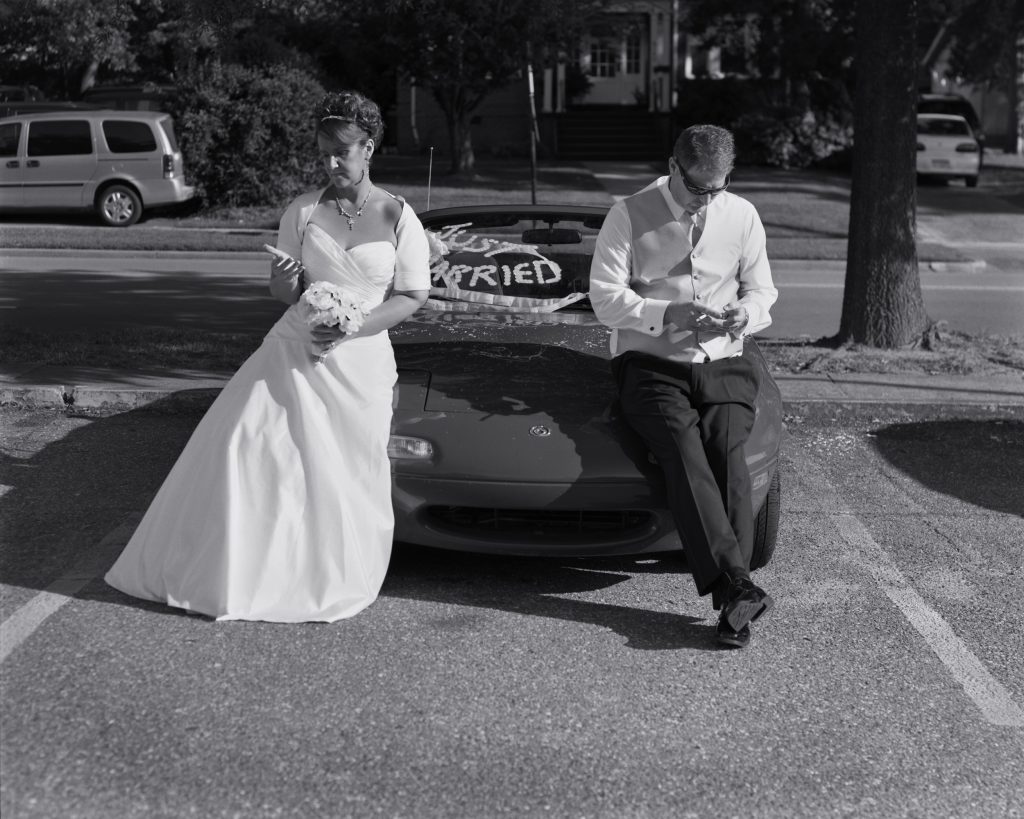 ‘Michelle and Jimmy’ from ‘Removed’ (by Eric Pickersgill, MFA ’15)

Artist and photographer Eric Pickersgill’s photo project Removed captures people absorbed in their mobile devices. The only catch? The devices have been removed.

The idea for the series came to him when he was sitting at a café in New York and observed a family of four immersed in their cellphones, oblivious to one another. The photos became his thesis work.

Pickersgill said about the series: “The joining of people to devices has been rapid and unalterable. … Despite the obvious benefits that these advances in technology have contributed to society, the social and physical implications are slowly revealing themselves.”

Removed has been featured in media outlets including CNN, The Atlantic, The Huffington Post, Forbes, The Guardian, The Washington Post, Wired, the BBC and more.

Pickersgill is now a visiting lecturer in UNC’s art department. He is represented by Rick Wester Fine Art in New York, where he will have a solo exhibition opening March 24.