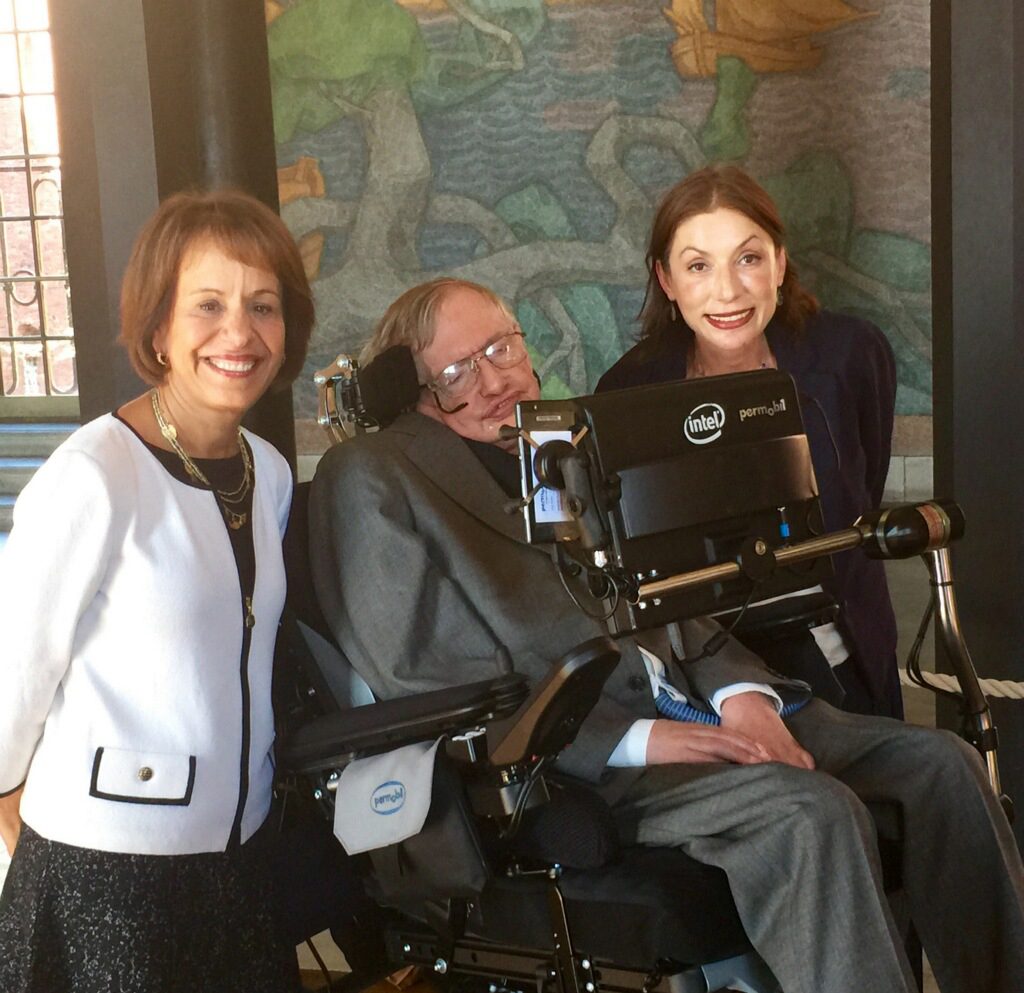 UNC-Chapel Hill Chancellor Carol L. Folt welcomed renowned physicist Stephen Hawking in front of a sold-out crowd at the Hawking Radiation Conference in Stockholm in late August. Hawking’s public lecture was part of a historic gathering of the world’s most accomplished physicists.

In his remarks on “Quantum Black Holes,” Hawking spoke about one of the most complex questions facing physics today: how to resolve the paradox between Einstein’s theory of gravity, which predicts the loss of physical information in the formation of black holes, and a fundamental law of quantum theory, which states that no information about the physical state of anything can ever disappear from the universe.

The Hawking Radiation Conference was co-sponsored by UNC, along with the Nordic Institute for Theoretical Physics. It was co-hosted by KTH Royal Institute of Technology and Stockholm University; the Centre for Theoretical Cosmology at the University of Cambridge; and the Julian Schwinger Foundation.

Laura Mersini-Houghton, associate professor of theoretical physics and cosmology in UNC’s College of Arts and Sciences, initiated the conference. Her recent work on black holes spurred new discussion among physicists.

Hawking singled out Mersini-Houghton on his Facebook page, thanking his friend and colleague “for bringing this event together.”

“In all likelihood, we will never have so many of these preeminent scholars in modern physics in the same place again, trying to solve one of the most fundamental questions related to black holes and the nature of space-time,” Mersini-Houghton said.

Text and video by Rob Holliday

Read more about the conference.