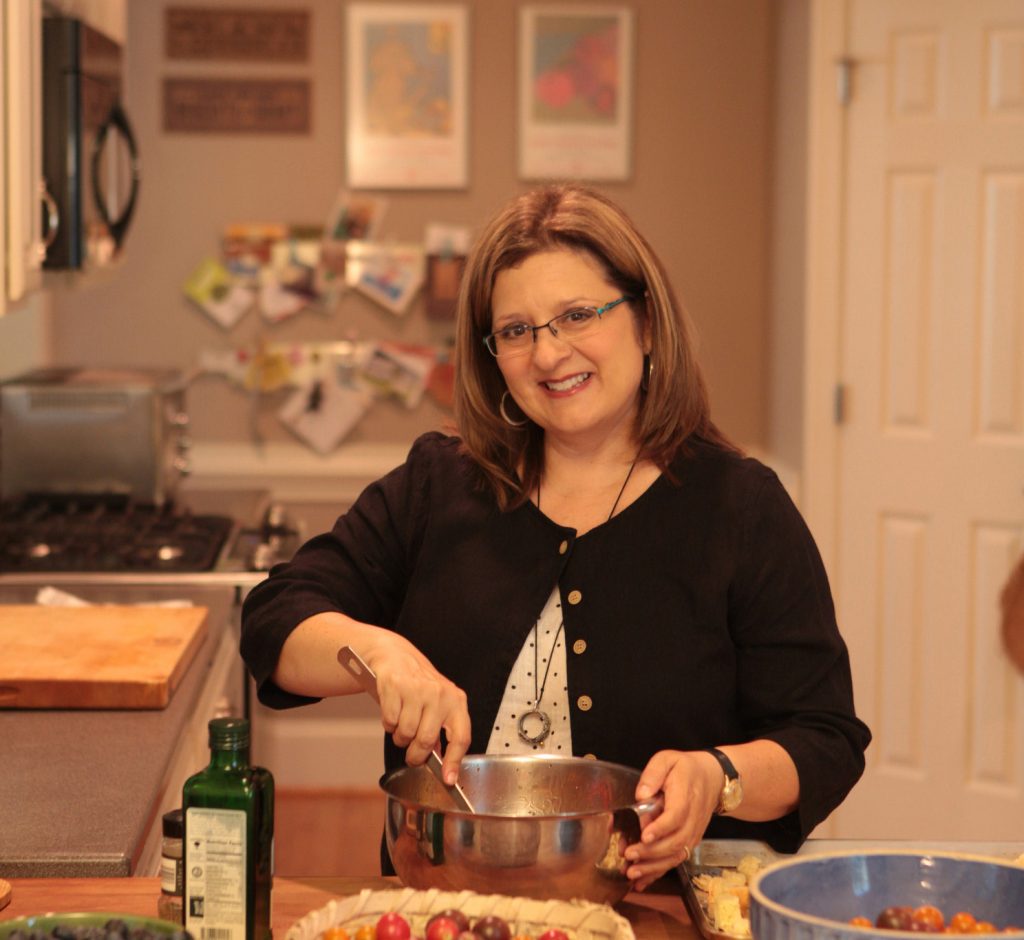 Cherished Pages: A cookbook author celebrates the stories about food that bring communities together

She made the beverage in her grandmother’s blender and mailed the recipe to the Betty Feezor Show, a cooking show that ran on WBTV in Charlotte from 1953 to 1977.

“She was the Martha Stewart of her day, focusing on cooking and sewing and crafts,” Castle said, sipping on an Italian soda recently at Open Eye Cafe in Carrboro. “Betty sent me an autographed headshot, which my grandmother took as a sign I would grow up and marry Betty’s son.”

Castle never set out to focus on food as a career. She came to Carolina and studied script writing and mass communications research. But she grew up in Boone, N.C., around cooks and Southern gardens, absorbing valuable information from her grandmother, and became “endlessly fascinated about the stories of food in our lives.”

“Food is evocative,” Castle said. “If you ever need a conversation starter, if you can pick a food memory, you can talk to anybody.” Her latest foray into telling people’s stories through food is The Southern Living Community Cookbook: Celebrating Food and Fellowship in the American South (Oxmoor House, 2014). Castle sorted through 45,000 recipes that readers submitted to Southern Living magazine over nearly five decades to create a rich collection of regional favorites. When deciding among equally delicious recipes, Castle turned to the stories behind them.

“For example, there were dozens of poundcakes,” she said. “Then I came across this story of a guy, Eddy McGee, who carried the mail in Elkin, N.C., and whereas there are people who would give their mail carrier treats for Christmas, Eddy made a cream cheese poundcake for the people on his route. There’s your winner.”

In addition to writing about food, Castle is a recipe developer and a culinary instructor at a Southern Season, a gourmet food emporium in Chapel Hill. To hone her skills, she often traveled to Italy, “determined to be the best Mediterranean/Italian cook that I could be.”

On one trip, she had an epiphany. She wound up in Umbertide, Italy, “a dead ringer visually for the foothills of the Blue Ridge Mountains.” It was a moment she captured in The New Southern Garden Cookbook: Enjoying the Best from Homegrown Gardens, Farmers’ Markets, Roadside Stands & CSA Farm Boxes (UNC Press, 2011).

“The thing was, we were eating the food I grew up with — soup beans with a little bit of pork, greens, stewed apples — and they made these things in the hearth that were like a biscuit,” she recalled. “The big ‘ah-hah’ was if these people in this place deserve respect and cultural awe for their foodways, then my people and my place do, too. It changed the trajectory not only of my career but my life and the way I think. It was my first step back home.”

Cooking isn’t complicated, Castle stressed, “You just have to do right by the [main] ingredient.” The New Southern Garden Cookbook is arranged just that way, organized by the type of fruit or vegetable as a starting point.

Her favorite meal, in fact, is pretty simple: a vegetable plate, maybe some squash casserole, a stack of perfect tomatoes, a side of cottage cheese.

“There would be cornbread and corn on the cob, and cucumbers and onions in vinegar. Last night what I had for dinner was some really good watermelon. I cut it into squares and chopped up some jalapeño and put that on it and sprinkled it with coarse sea salt. It was absolute heaven.”