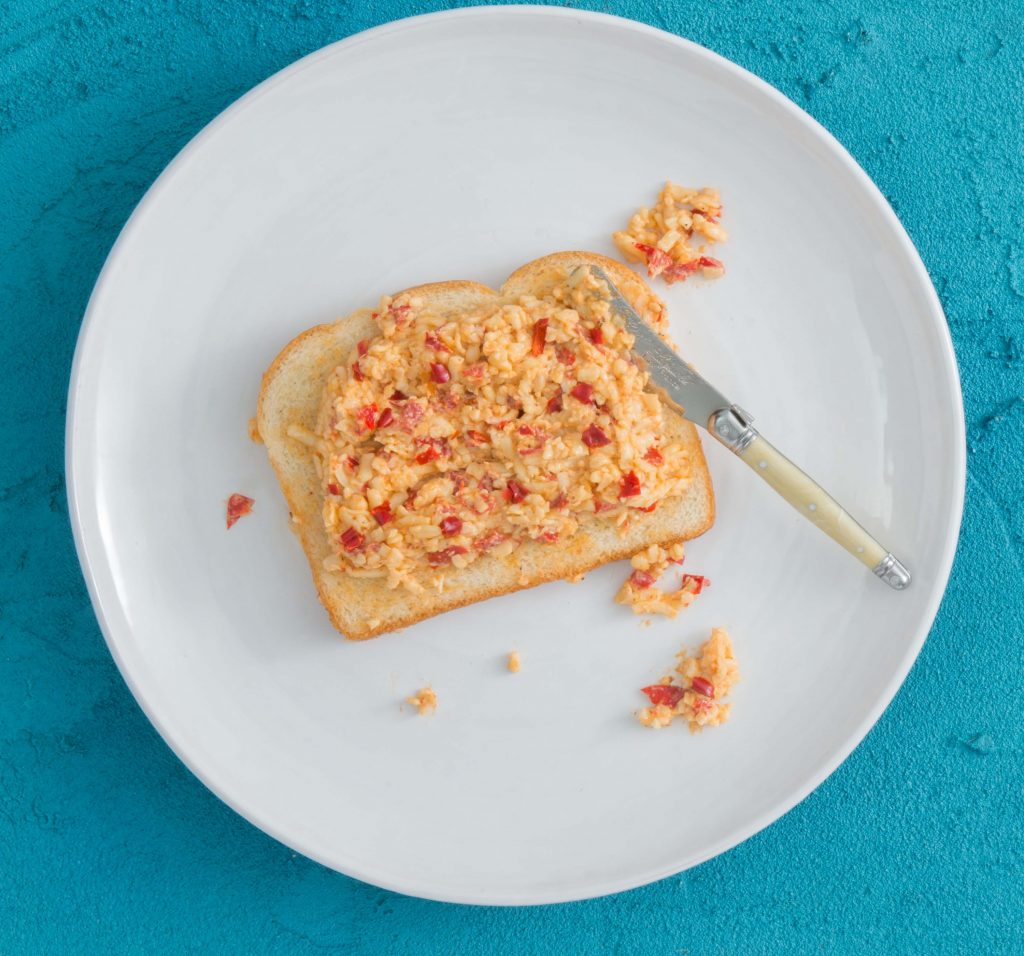 FOOD FOR ALL: ODE TO THE SANDWICH

Our region produces and consumes the most pimento cheese in the world. But the spread isn’t Southern by birth — it is likely a product of Spain, where the red pimiento pepper has its roots. Pimento cheese first appeared in the states around 1910 and was considered a delicacy due to the imported pepper. Soon after, farmers in Georgia began growing the crop. As it spread across the South, the price of pimientos dropped significantly, making pimento cheese more affordable and a staple among workers in the Piedmont’s abundant textile industry. Many companies, including Ruth’s Salads of Charlotte, Made-Rite of Greensboro and Star Food of Burlington, grew their businesses in the 1950s by selling sandwiches to local factories. Though still served at formal tables, it was this connection to the working class that permanently situated pimento cheese in the South. Text by Emily Wallace (M.A. folklore ’10), whose master’s thesis is titled “It Was There for Work: Pimento Cheese in the Carolina Piedmont.” Today she is deputy editor of Southern Cultures journal and communications director for UNC’s Center for the Study of the American South. And yes, she always keeps a tub of pimento cheese in her refrigerator. Check out the piece she wrote for the INDY Week.

Read a Q&A about Lumbee foodways and the collard sandwich.