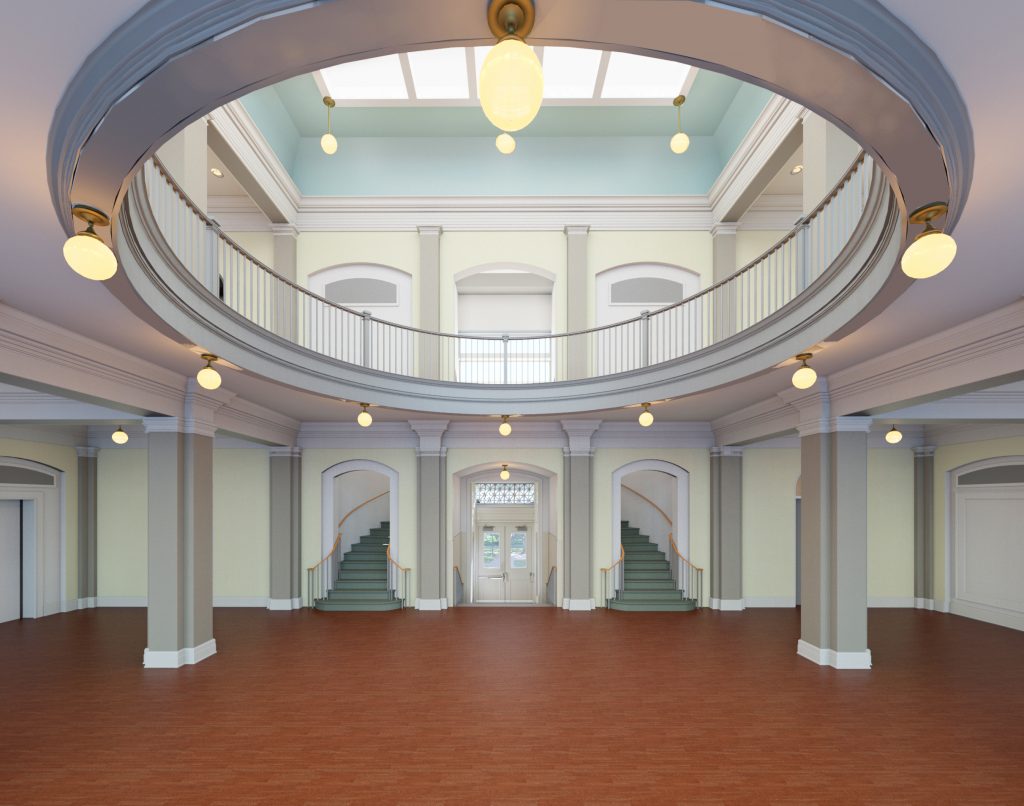 Hill Hall, the historic heart of the music department, closed in early June to begin an expected 18-month, $15 million renovation.

Work will center on improvements to Hill Hall’s rotunda and 450-seat auditorium in the century-old building. The performance space will be renamed the James and Susan Moeser Auditorium in honor of the former chancellor and his wife, who are organists and teachers at Carolina.

The renovation uses no state-appropriated funding. A $5 million gift from the William R. Kenan Jr. Charitable Trust kick-started the project. The Office of the Provost provided an additional $5 million. The College has raised about $3.4 million so far of the remaining $5 million in a fundraising campaign.

The extensive upgrades for the auditorium include adding a climate control system, state-of-the-art acoustical treatments, a professional-grade stage, equipment and a piano lift. Currently, the auditorium has no air conditioning, rendering the space essentially unusable four to five months of the year.

The dated two-story rotunda will be transformed into an expanded, light-filled space suitable for receptions, intimate performances and as a central gathering space for the department. An enhanced backstage area with updated dressing rooms and storage, improved lighting and modernized administrative and teaching spaces adjacent to the rotunda will complete the renovations.

For more information on naming a seat in the James and Susan Moeser Auditorium or other naming opportunities, visit hillhall.unc.edu or contact Peyton Daniels Stokley at 919-843-5285, peyton.stokley@unc.edu.

Read more about the renovation.