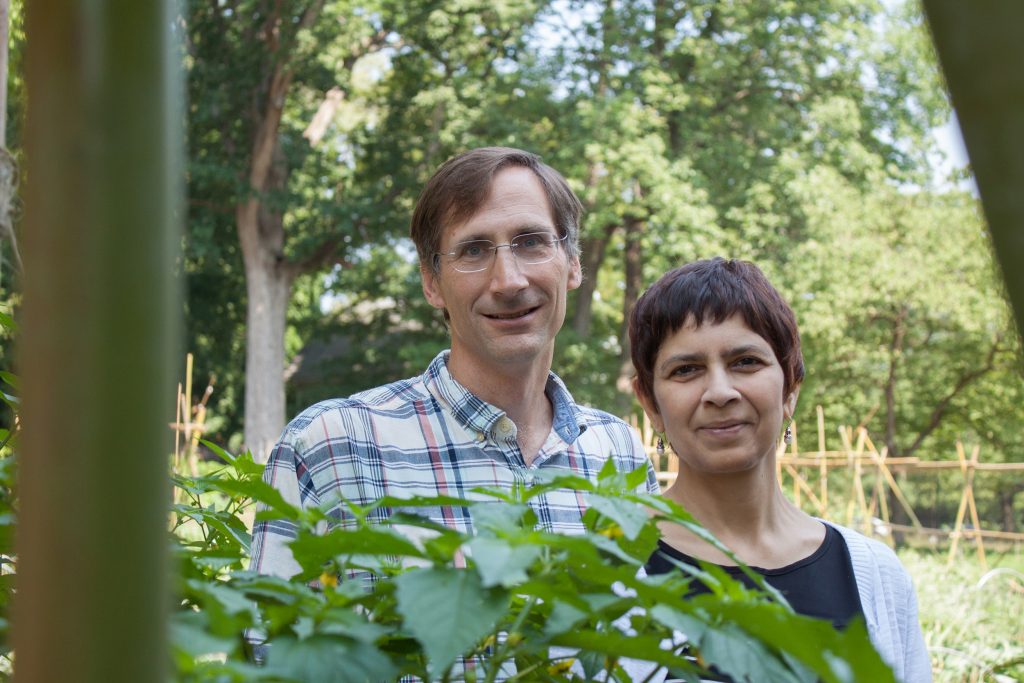 Supermarkets and Locavores: Allies or Adversaries?

FOOD FOR ALL: A LOCAL VIEW

Large chain supermarkets may seem the antithesis of the local food movement, but UNC researchers have found that supermarkets can play a key role in building strong, sustainable local food systems.

In a recent study, an interdisciplinary team discovered the supportive role supermarket chains can play in creating a local food system as well as the issues that help and hinder the process.

“Local food activists, trying to support local food entrepreneurs and farmers, tend to overlook how important a hometown supermarket can be in rebuilding food systems,” said Rudi Colloredo-Mansfeld, professor and chair of the department of anthropology and a co-author of the study “Communities, Supermarkets, and Local Food: Mapping Connections and Obstacles in Food System Work in North Carolina,” published in Human Organization.

“The importance of this study was showing that rather than dividing the world into ‘local food equals good’ and ‘big, corporate food equals bad,’ these two actually fit together when you look at it from a community perspective,” he said. “These local supermarkets are potential partners that are going to be really important.”

The local food movement grew from a desire among consumers to know who produces their food and to support local farmers and rural economies. A central challenge has been figuring out how to scale production and sales sustainably while retaining the ideals of localization.

Colloredo-Mansfeld, who studied the dynamics of building local food systems in rural Ecuador and Iowa before arriving at UNC in 2008, decided to examine those dynamics in North Carolina. He teamed for the study with Holland, who brought connections with the state’s extensive local food network; Tewari, an expert in economic development and production networks; and the Sustainable Agriculture Program at Central Carolina Community College, which teaches small business and technical skills for community-based small farm and agricultural businesses.

In a second phase, they collaborated with researchers at NC State University to track and support the work of employees of a large retailer committed to building connections with local suppliers.

The core finding affirmed the premise of the project: Local food will need to find space on the shelves of large grocery stores if it is to grow from a narrow specialty to a regular part of consumers’ food buying. Importantly, researchers found that shoppers are willing to buy local food from large retail chains, and that chain stores can play a major role in increasing the sales of locally grown food and building community support for purchasing it.

However, the study found a wide gap between the definition of “local” food held by large retailers and the one held by consumers. For instance, large retailers that use third-party vendors to warehouse and distribute produce from local farmers in a multi-state region may market apples grown in Georgia as “local” when selling them in North Carolina. Customers, by contrast, expect “local” to mean produce grown within a short distance of their community.

“We found that local store managers were often very interested in incorporating local foods in a sustained way but found it difficult to do so because of the way in which their corporate headquarters organized the supply chain. Warehousing and logistics were generally outsourced to third parties, who found no economies of scale in segregating product for distribution based on location of origin,” Tewari said.

“It will take some time for the mainstream food industry to respond to these challenges,” she added. “But at least we now know where the bottlenecks lie.”