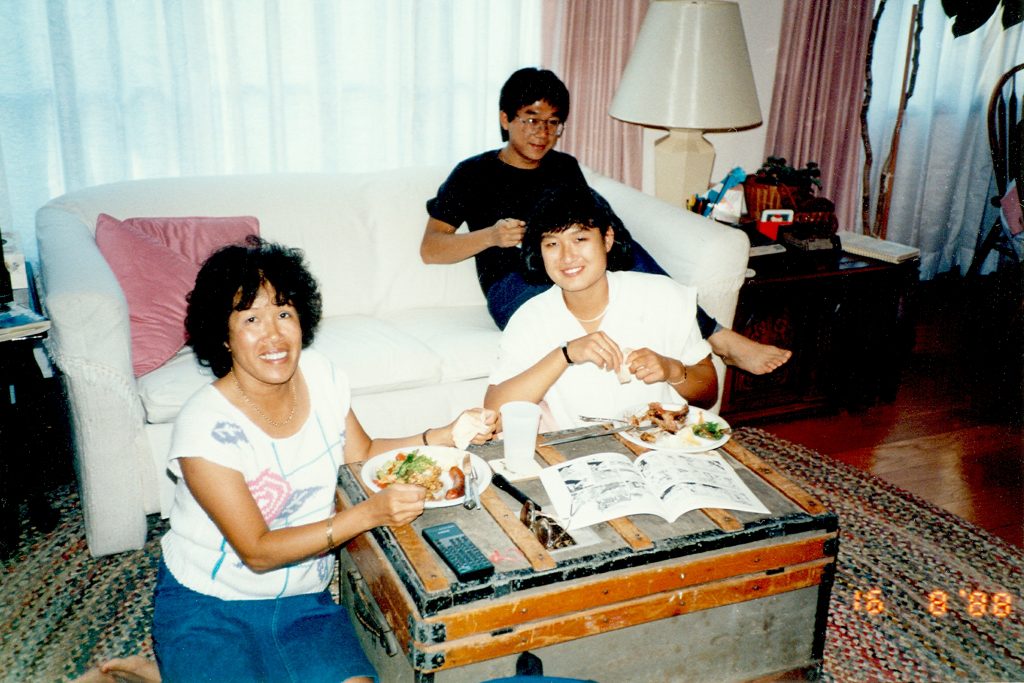 FOOD FOR ALL: FIRST PERSON

I have been in Jamaica for four days and cannot find a place that makes ox-tail stew. I ask one of my aunts, but she says that it’s not something you typically find on a restaurant menu. She’s not sure why. The flavor of ox-tail haunts me, and I am determined not to leave Jamaica without tasting it. Why I am so intent on finding this dish is a bit of a mystery to me. It was never one of my favorites growing up (that would be stew peas), and because my mother does not make ox-tail stew, I’ve only ever eaten it at one of my aunts’ homes. Yet now that I am finally here — in Jamaica — I am craving this dish, particularly the pleasure of sucking the segments of the ox-tail, absorbing all the gravy with my mouth and tongue. Only after extracting all the juices that I can from the crevices of each bone, do I leave these pieces on the side of my plate. Cleaning your bones of any remaining flesh or flavor is paramount in my family, especially for my Uncle Frank. The bones on his plate always look like washed and polished specimens ready for display in a museum showcase. Frank is a champion eater. Was a champion eater. I still forget to use the right tense. But then, how can the past tense really be the right tense to use for my Uncle Frank?

I am in Jamaica because Frank wanted his ashes scattered here; he wanted to come home. Though he spent over half his life in North America, Jamaica was where his heart and soul belonged. And perhaps most tellingly, Jamaica was where his mouth and stomach longed to return. While he had diverse tastes, his true passion was for the food of his youth: jerk pork so spicy and hot it would make your mouth burn; rice and peas with the flavor of coconut and thyme infusing the saltiness of the beans and sweetness of the rice; stew peas, the meat so tender after braising in the pot that it would fall off your fork; beef patties in flakey pastry; pungent curry goat; savory ackee and salt fish; and of course ox-tail stew, which Frank liked to sprinkle with Pickapeppa Sauce, the ubiquitous bottle with the parrot on the label that would always come out of the refrigerator whenever we served Jamaican food at family gatherings.

I wonder what taste my Uncle Frank missed the most as his diet became more and more restricted in the last months and weeks of his life. Was it the smell of Jamaican food? The burn of scotch bonnet peppers so hot it makes your mouth blister, or curry goat stewed all day in a crock pot, the meat falling apart as soon as you stick in your fork. Or perhaps it was ox-tail stew, savoring the flavor of the meat that had been simmering in spices and broth for half a day, the aroma distinct and pungent as only a food that plunges you back into memory can be.

My uncle embodied his name: he was candid, direct, and sometimes (maybe oftentimes) blunt. He was Frank. From his life and his example I, too, have learned to be frank. Like my uncle, I strive to speak truth to power, to be that contrarian who looks at a different perspective and seeks a different opinion, not for the sake of being contrary but to make sure that the majority rule does not become the only voice in the room. I have learned, over the years that doing the hard thing teaches us lessons about ourselves that we would never learn by taking the easy route. And I have learned that being frank can be empowering.

By Jennifer Ho, an associate professor in the department of English and comparative literature. Her most recent book, Racial Ambiguity in Asian American Culture (Rutgers University Press), was published this past spring. This excerpt is from a forthcoming essay in The Asian American Food Anthology and is part of a new research project investigating her family’s migration from Hong Kong to Jamaica to North America. Listen to an interview with Ho on WUNC’s “The State of Things” and on The Splendid Table.

Want to make rice and peas? Here’s the recipe!