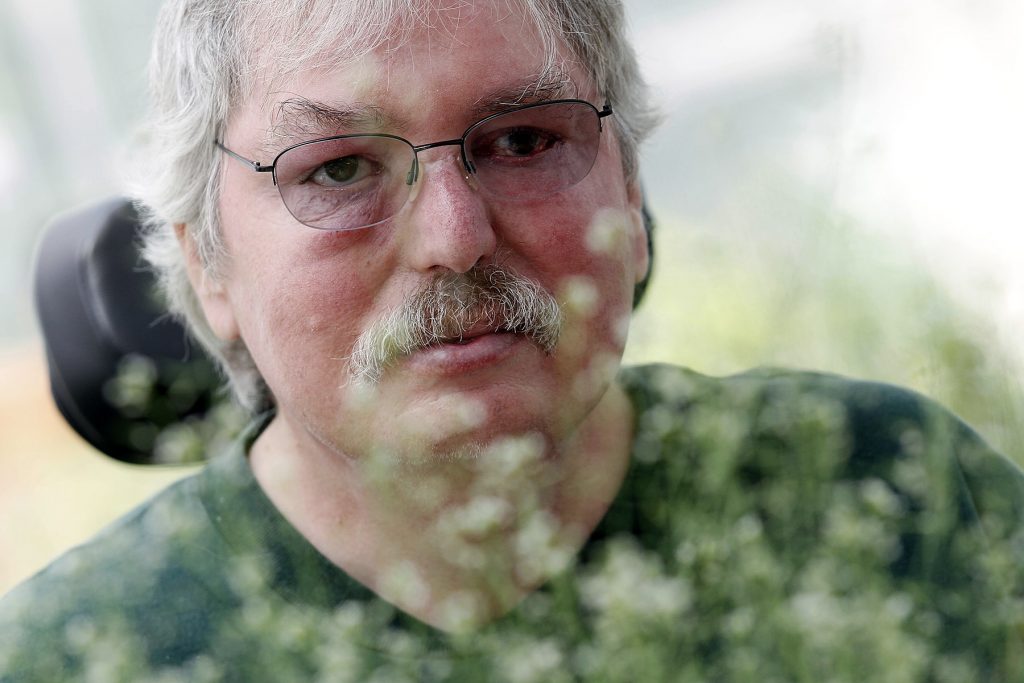 FOOD FOR ALL: FACULTY UP CLOSE

“If we can recapture that 30 percent loss of our crop yield, we’ve just grown 30 percent more food and saved a lot of water,” said UNC plant biologist and geneticist Jeff Dangl.

It’s a constant battle between plants and pathogens, and Dangl, who conducts elegant research into how plant immune systems fight off pathogens, is helping the plants increase and refine their defenses. The model system that he and other scientists use for research is the thale cress plant, Arabidopsis, a relative of cabbage and radish. Dangl helped to map the genome for this plant, completed in 2000, and ever since, scientists have been probing its molecules to understand its mechanisms of immunity.

His leading-edge research led to an appointment in 2011 as a Howard Hughes Medical Institute-Gordon and Betty Moore Foundation Investigator. He also holds the John N. Couch Distinguished Professorship in the College of Arts and Sciences.

The battle between plants and pathogens is high-pitched, but scientists are discovering more about plants’ multi-tiered system to fend off destruction.

Plants fight pathogens in two ways. In the first line of defense, plant cells recognize pathogens with cell surface “recognition receptors,” an antennae-like identification system developed through the evolution of all land plants. Successful pathogens obviously have evolved a way to avoid this detection. They do so using pathogen “effector proteins” that are injected into the plant cell. Therefore, plants evolved a second line, called “effector-triggered immunity,” that responds to pathogen effectors using a second immune receptor system inside the plant cell. These plant receptors, called NLRs, serve as an early warning system, recognizing and activating the immune response.

Another recently described plant weapon are decoys. Like waving red flags, these plant decoys look like the real target for a pathogen’s effector. The plant uses them to attract pathogen effectors, thus activating an associated NLR to turn on the immune response to destroy the pathogen. Recently researchers in Japan, England and France have found decoys fused directly to NLR proteins. Dangl and others are decoding these decoys in the plant genome and hope to molecularly engineer them.

“If we understand how a receptor goes from an ‘off’ to an ‘on’ state, then we’re a step closer to being able to control it,” Dangl said. “Right now, we’re trying to understand how the pathogen molecule triggers NLR through manipulations of the host target or decoy of that target. Once we do, we can reverse-engineer the system and develop plants that are more disease-resistant.”

A key element to healthy plant growth is its environment above and below the soil, called a microbiome. Within this microbiome, microbes help plants promote root growth, use nutrients more efficiently or fight off pathogens. Dangl’s lab is dissecting and reassembling microbial environments to understand how a plant assembles its optimal microbiome and which microbes promote plant health and growth. Better understanding of microbiomes could lead to using fewer pesticides.

Dangl and colleagues recently reported a major advance in the understanding of microbiomes in Science’s early online edition Express. They found that the defense hormone salicylic acid helps select which bacteria live both inside and on the surface of a plant’s roots, keeping some bacteria families out and actively recruiting others.

With a better understanding of how plants assemble and maintain complex microbial communities, it might be possible to manipulate those communities to increase plant productivity, he said.

“We couldn’t do what we do without team science,” he said. “For example, I have students from the UNC department of bioinformatics and computational biology doctoral program working with me and with biologist Corbin Jones. Without those students, my microbiome research wouldn’t exist.”

Read more about a global effort Dangl is involved with to investigate plant immunity.