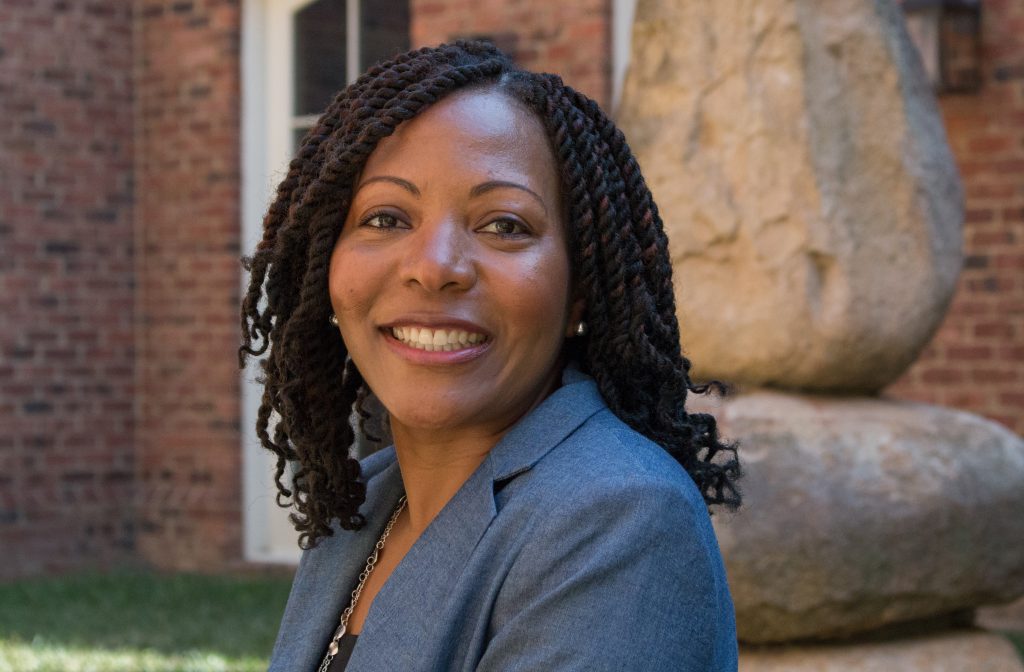 Kia Caldwell’s research focus on gender and race in Brazil was sparked during her sophomore year at Princeton University when she heard a presentation by black Brazilian activist Joselina da Silva.

Her first book, Negras in Brazil: Re-envisioning Black Women, Citizenship and the Politics of Identity, was published by Rutgers University Press in 2007. She is currently completing another book, Gender, Race and Health Equity in Brazil: Intersectional Perspectives on Policy and Practice.

Caldwell was appointed by Dean Karen Gil to become the College’s second director of faculty diversity initiatives, succeeding Pat Parker, who became chair of the department of communication on July 1.

She has conducted HIV prevention research focused on young black adults in North Carolina and is the principal investigator on a project funded by the UNC Center for AIDS Research, the Sister Circle Study.

Caldwell is also passionately committed to furthering diversity efforts in higher education. She is co-director of the African Diaspora Fellows Program, which provides professional development opportunities in African, African-American and Afro-Latin studies to N.C. middle- and high school teachers.

Read more about Caldwell and her research.