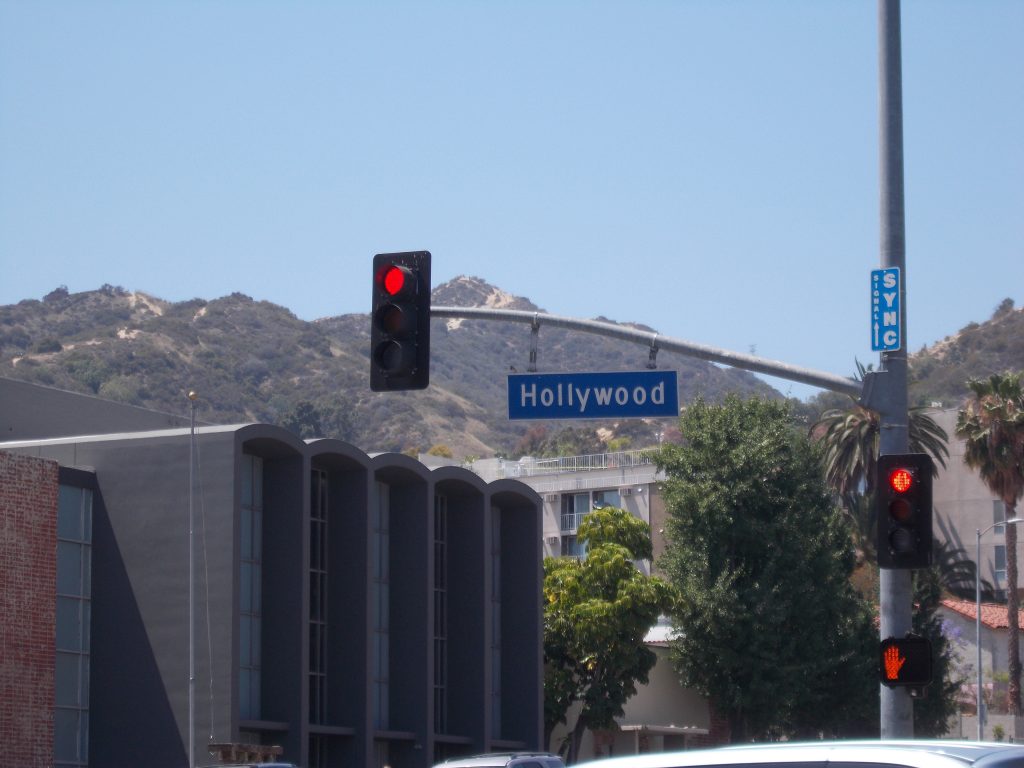 In addition to internships, students attend a month-long lecture series, a three-credit hour course that follows the filmmaking process from writing to distribution and introduces the interns to people in the industry. (photo by Kristen Chavez)

Scores of UNC alumni have launched careers in the film and TV industry thanks to a communication studies internship program that sends students to Hollywood for prestigious internships at production companies, agencies, studios and related businesses every summer.

The success of the program, now in its 23rd year, does not surprise professor emeritus Hap Kindem. In addition to the contributions from “outstanding alumni” since the program’s inception, “we have support for more specific skills — such as writing skills, screenwriting skills, storytelling skills, film and television and new media technology skills — that are directly relevant for employment in the entertainment industry,” he said.

When Kindem and dramatic art alumnus Jeff Hayden ’46 decided they needed someone within the industry to lead and develop the program, screenwriter Paul Edwards (BA ’71 history, MA ’78 communications) was the obvious choice.

One of the hardest things to understand about the industry, said Edwards, the longtime director of the program, is the importance of networking. He knew only one person before he moved out to Los Angeles in 1979. A few odd jobs later, he got his break with the chance to write for the television show Quincy M.E. through a connection he made while working on a movie.

As he tells the approximately 20 students who go through the program every year, “I can teach them in three months what it took me three to five years to figure out.”

In addition to internships, the students attend a month-long lecture series, a three-credit hour course that follows the filmmaking process from writing to distribution and introduces the interns to people in those fields and others. Interns on the program’s acting track take classes at Warner Loughlin Studios, owned by acting coach and alumna Warner Loughlin ’78.

One of Loughlin’s students was Victoria Male ’14, who recently signed with a commercial talent agency. Her internship at Nancy Nayor Casting was invaluable, she said: “It was almost like a crash course in the professional industry in LA. It was great to see the practical, business side of the acting industry.”

Being thrust into a chaotic city can be harrowing, but the support network of fellow interns and alumni helps smooth the transition for the interns. A significant figure in that network is Suzanne Weerts ’88, who has assisted Edwards in coordinating and running the program for the past 16 years.

Weerts also organizes the end-of-summer reception at the Academy of Motion Pictures Arts and Sciences, the organization that awards the Oscars and has also supported the Hollywood Internship Program with more than $200,000 in grants and in-kind donations over the past 20 years.

That reception celebrates the completion of the internships and puts the interns face-to-face with other UNC alumni in Los Angeles, including previous Hollywood interns.

Brittany Hendricks ’14 got her job on the new CW show The Messengers through Cortney Carrillo ’02, another Hollywood internship graduate and an editor on the Fox show Brooklyn Nine-Nine. Carrillo had been a guest during one of the lectures, and he and Hendricks reconnected at the reception.

To prove Edwards’ point about networking, as many as 15 UNC alumni have been hired at ZEFR, a rights management company. One of them, Mattie Van Schoor ’10, works with major brands and films to track the use of copyrighted material as a way to better engage with consumers.

“For every job that I’ve had in LA, I’ve found a way to hire somebody else either from the program or UNC in general because we have this amazing network of people,” she said.

Though some interns return to North Carolina or go elsewhere, many choose to stay in the LA area. In an industry where networking and connections are so integral to securing a job (or even an apartment), the contacts from the internship are essential, according to Male.

“I don’t know how anyone does this without an amazing alumni network and the community we have out here.”

Story and video by Kristen Chavez ’13. Chavez is a graduate of the internship program and is currently a multimedia intern for the College of Arts and Sciences.