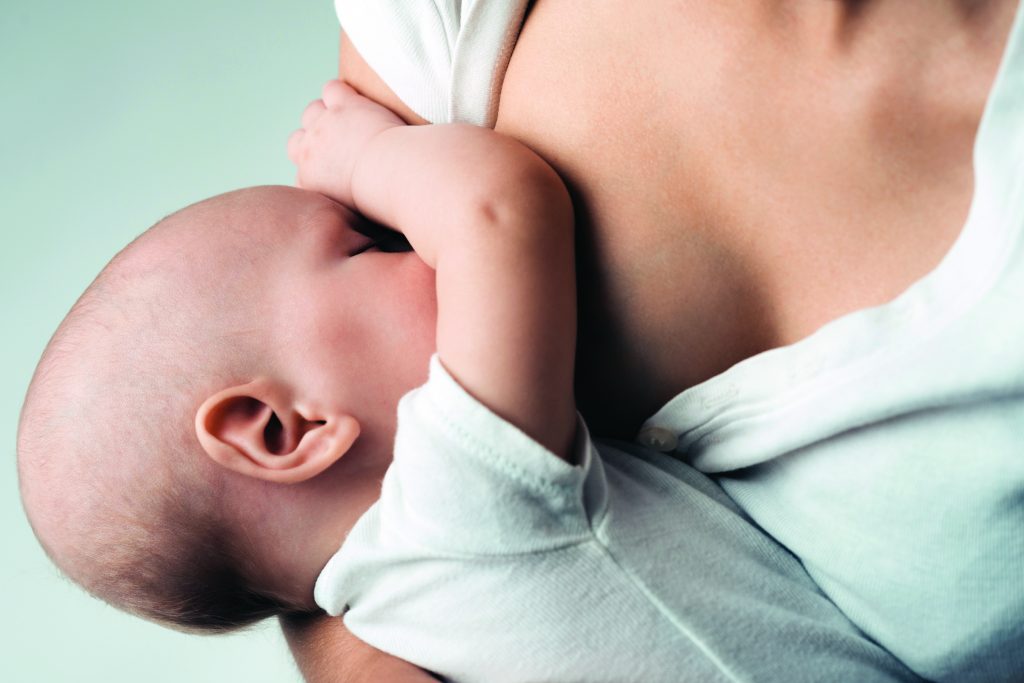 A new UNC study shows that a baby's diet during the first few months of life influences the baby's ability to transition from milk to solid foods.

The moment of birth marks the beginning of a beautiful, lifelong relationship between a baby and the billions of microbes that will soon colonize his or her gastrointestinal tract.

In a study published in Frontiers in Cellular and Infection Microbiology, researchers from UNC’s College of Arts and Sciences and the UNC School of Medicine found that a baby’s diet during the first few months of life has a profound influence on the composition, diversity and stability of the gut microbiome. These factors, in turn, influence the baby’s ability to transition from milk to solid foods and may have long-term health effects.

The discovery adds to the growing awareness that the gut microbiome plays a major role in helping us digest food and fight pathogens, among other functions.

“This study provides yet more support for recommendations by the World Health Organization and others to breastfeed exclusively during the first six months of life,” said Amanda Thompson, associate professor in the department of anthropology, a Carolina Population Center faculty fellow and the study’s first author. “We can see from the data that including formula in an infant’s diet does change the gut bacteria even if you are also breastfeeding. Exclusive breastfeeding seems to really smooth out the transition to solid foods.”

The analysis revealed that during the first few months of life there were clear differences between the microbiomes of babies that were exclusively breastfed as compared to those fed both formula and breast milk.

Although microbiome research is still in its early stages, gut microbes are thought to potentially play a role in obesity, allergies and gastrointestinal problems, such as irritable bowel syndrome.

“The study advances our understanding of how the gut microbiome develops early in life, which is clearly a really important time period for a person’s current and future health,” said Thompson.

Read more about the study.