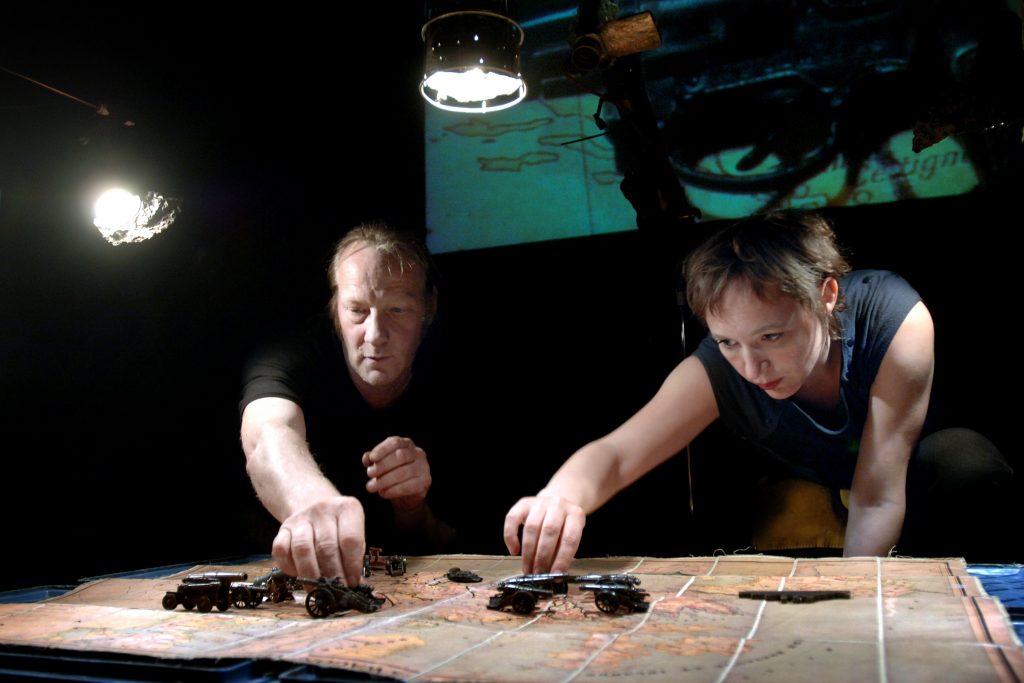 Exploring the legacy of World War I through talks, performances, art and more

The legacy and impact of World War I will be explored during a yearlong, interdisciplinary conversation at UNC during the 2014-2015 academic year.

The World War I Centenary Project will be coordinated by the Institute for the Arts and Humanities in the College of Arts and Sciences with King’s College London, one of Carolina’s international strategic partners. It will feature more than 25 undergraduate and graduate courses, plus seminars, lectures, conferences, workshops, arts exhibitions and performances. The project kicked off this fall with a conference on the UNC campus and will culminate in a conference next May at King’s.

“We hope this project will promote a greater awareness of the importance of World War I and promote discussion, collaboration and connections among UNC faculty and students as well as members of the community,” said Bill Balthrop, professor of communication studies and associate director of the IAH. “World War I changed the United States and affected international politics, economic issues and cultural practices, both within the U.S. and around the world. The focus of this project is not just the war itself but also its effect on so many facets of contemporary life.”

The idea of war — the struggle over what war is and what it can achieve — hasn’t changed much in the past 100 years, said Richard Langston, Zachary Smith Distinguished Term Associate Professor in the department of Germanic and Slavic languages and literatures. In Langston’s new course, “The German Idea of War,” students will explore early 20th-century German literature, film and the visual arts to examine the Germans’ “complex ideas about war, both the excitement for war and an absolute fear and horror of it.”

The arts will also provide a lens to view and experience the war when the UNC departments of music and dramatic art collaborate in presenting Johnny Johnson, a musical by playwright and UNC alumnus Paul Green with music by Kurt Weill, in the Kenan Theatre in November.

The play, first performed in 1936 when World War II was on the horizon, focuses on a naive and idealistic young man who, despite his pacifist views, leaves his sweetheart to fight.

Green had served in Europe in American expeditionary forces during World War I, said Tim Carter, David G. Frey Distinguished Professor of Music. “While Johnny Johnson is often construed as an antiwar play, it is more about the military industrial establishment and how it takes over,” he said.

Carolina Performing Arts has created four programs that examine the artistic consequences of World War I. Additionally, The Process Series, sponsored through the IAH, will include a series of performances and productions related to the war.

The conversation will also take place beyond the campus. The ArtsCenter in Carrboro will present three productions and is working with UNC faculty to present additional lecturers and performers. Next February and March, Chapel Hill’s Deep Dish Theater Company will present Journey’s End, a 1928 play set in the trenches of World War I.

The centenary project will be enhanced by the thousands of items in the University’s library collections. Libby Chenault, West European librarian and head of the Global Resources and Area Studies section, said that the library’s extensive primary source materials offer a unique perspective on the era.

“In the University archives, there are postcards that the chancellor sent out to our boys who were fighting overseas,” said Chenault. “We have posters from all of the countries who were combatants in the war, on topics ranging from recruitment to war relief to propaganda to new work roles for women.”

The libraries are creating a virtual exhibit to capture what the campus is doing to mark the anniversary.

Read a University Gazette story about the centenary project.