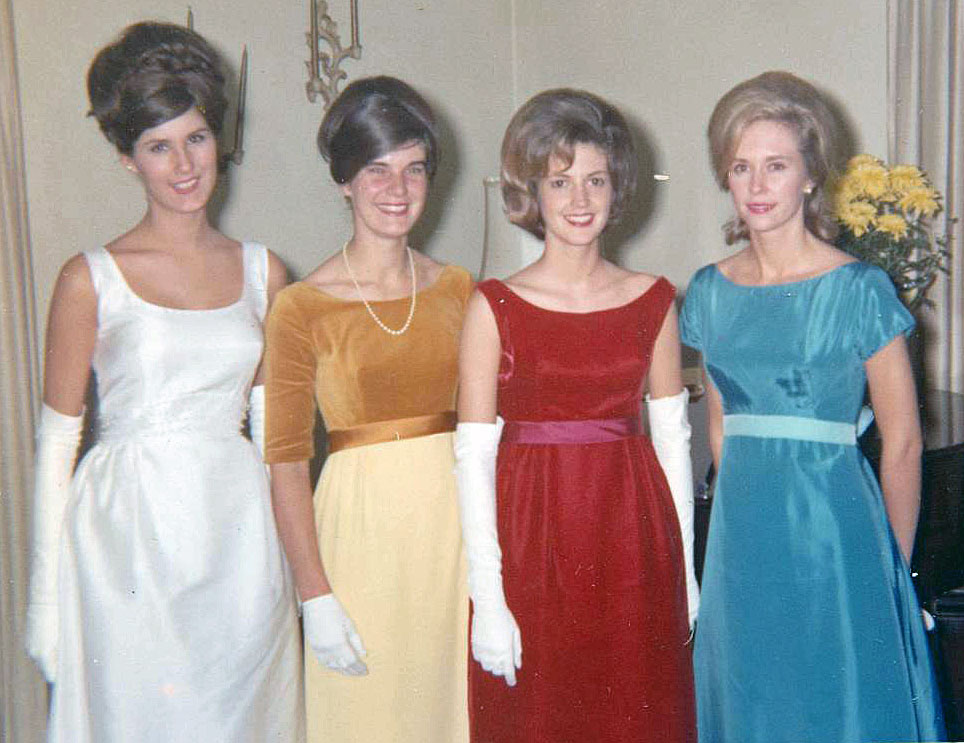 Alumnae from three sororities have each created new professorships in the College of Arts and Sciences after meeting their initial fundraising goals in summer 2014.

After countless mailings, receptions and conversations, the multi-year effort drew gifts totaling $1.7 million for distinguished professorships to be named for Chi Omega, Delta Delta Delta and Kappa Kappa Gamma. More than 800 donors participated, including women from the classes of 1941 to 2013 and their families.

“Professorships are effective recruitment and retention tools for the College,” said Karen Gil, dean. “Our most prized faculty are being recruited to other institutions, thus private support provides us with essential funding.

“I’m thrilled that so many women and their families joined to support their sorority campaigns. Many draw on their memories of how their Carolina professors have influenced their own careers and their lives.”

Once the professorship endowments produce sufficient income, the College will seek opportunities to award the professorships to the best candidates, who will receive salary and research support.

Continuing gifts to the professorships, including planned gifts, will make them even more valuable as the need for faculty support will only grow.

The sororities were inspired by the successful professorship campaigns of fraternities Delta Kappa Epsilon and Phi Delta Theta. The five Greek campaigns also begin a legacy of faculty support that encourages Carolina’s fraternities and sororities to give back to the University.

Ann Rankin Cowan ’75 said that she didn’t hesitate when she was asked to help lead the Chi O campaign.

“The Chi O house was my home away from home as a student,” said Cowan. “I was eager for an opportunity to reconnect with both the University and Chi O alumnae.”

Chi O alumnae from eight decades, from pre-World War II to the Class of 2012, made gifts to the professorship.

“No one we asked ever said ‘no’ to supporting the professorship,” said Cowan, whose daughter, Jane ’12, was also a Carolina Chi O. “The campaign got me very excited about supporting Carolina and feeling like I’m part of the University.”

Becky Cobey ’75 had heard about budget cuts and competitive battles for College faculty while participating in the Carolina Women’s Leadership Council. She recalled some of her favorite history professors — James L. Godfrey, Carlyle Sitterson and James Leutze — and wanted future generations to benefit from extraordinary teachers and scholars, too.

“Because of the Council, I knew about the problem of faculty retention and recruitment. Tee Baur ’68 told me about the DKE professorship, and I liked the idea that the Greek community could support faculty in a significant way. I also knew that the University was trying to get more women involved in giving and thought this would be the perfect way to introduce many first-time donors to supporting UNC,” said Cobey.

For Cathy Bryson ’90, the campaign’s highlight was the chance to work closely with the other champions of this project, including “my mom (Nancy Faison Bryson ’60), and Sheila Corcoran ‘92, Vicki Underwood Craver ‘92, Anne Faris Brennan ‘92 and the A&S Foundation who helped make this successful. I reconnected with old friends, strengthened friendships and met many new women who share a love for Carolina and Kappa.”

Cathy Bryson recognized the need for professorships as an important recruitment and retention tool after her service on the Foundation’s board of directors.

Said Nancy Bryson, “I am so pleased to have been asked by these young alums to help. They were persistent in their belief we could do it. We are very happy so many of our friends and fellow Carolina Kappas answered the call.”